20 Years After Deep Blue, a New Era in Human-Machine Collaboration

On May 11, 1997, an IBM computer called Deep Blue defeated the reigning world chess champion, Garry Kasparov, capturing the attention and imagination of the world. The six-game match lasted several days and ended with two wins for IBM, one for the champion and three draws.

The match was cast as the ultimate example of man versus machine. Yet, Kasparov himself is now a self-described proponent of artificial intelligence (AI), recently calling it a boon to humankind, “capable of providing us with endless opportunities to extend our capabilities and improve our lives.”

This view mirrors IBM’s. We too believe the promise of AI lies in its capacity to augment human abilities and intellect.

Over the last 20 years, IBM has worked to advance the field of AI. Deep Blue used algorithms to explore up to 200 million possible chess positions per second, then chose the move with the highest likelihood of success. While Deep Blue did use machine learning approaches, it relied primarily on a programmed understanding of the game of chess – 64 squares, 32 pieces and well-defined moves and goals. 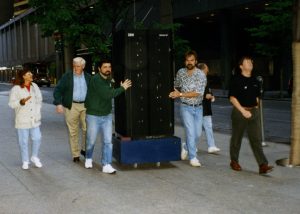 IBM Deep Blue team members wheel the system through the streets of New York City to Rockefeller Center at 4:00AM, May 11, 1997.

Much was learned in pitting AI systems against human opponents. Most significant is the realization that AI can best be used to fill the gaps in human ability, and vice versa. AI technology has evolved significantly, but AI systems are not nearly as good as humans at common sense reasoning or thinking creatively and strategically. Such gaps will likely remain for decades to come. 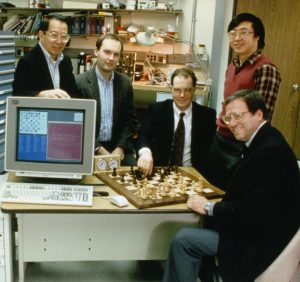 Therefore, we must factor the abilities and limitations of both machines and humans to create combined systems that enable outcomes better than what either could achieve alone. The promise of AI lies in the combination of man and machine.

IBM Watson shows what is possible. The cognitive system has been applied to real-world challenges such as helping doctors diagnose patients, teachers to provide personalized curriculum to students, tax preparers to help clients file returns and oil and gas engineers to ensure compliance.

IBM Watson is on track to be used in some form by a billion people by the end of 2017. In the next five years, many important decisions, be they business or personal, will be made with the assistance of a cognitive system like Watson.

How IBM and SAP Are Driving Mobility Into the New Economy