What is Blockchain and Why do I Need it?

The history of bartering dates back to 9000 BC in Egypt. It was introduced by Mesopotamia tribes in 6000 BC and was later adopted by Babylonian’s where goods were exchanged for a wide variety of things.

The barter system is similar to having an asset, trading it and recording that transaction on a little black book. Is it possible to codify this behavior? Is there a way to create a modern day barter system using technology? A technology that could help create a network, create assets on the network, transfer them and indelibly store that record in a tamper proof system. Could blockchain be the answer? 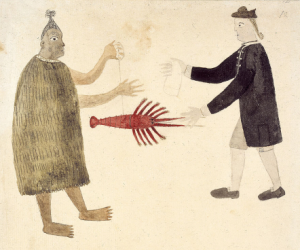 To create an electronic barter system, we would need to create a network of permissioned users, create assets and a shared magical black book that could record all our transactions.

Anytime a new asset was created or transferred the shared magical black book would automatically get updated. Lets look at some of the blockchain features in detail:

Permissioned Network: We first begin with creating a network and inviting legitimate members in, thereby creating a permissioned network. In this network all the information is shared with everyone else in the network but permissions can control who has the right to view those transactions.

Assets: Assets can be created on a network using smart contracts and can be tangible or intangible such as intellectual property, art, financial assets, car leases or shipping containers full of goods.

Consensus: We need a way to tell if the transactions are legitimate or not and if the members agree to those transactions. Consensus is the way to achieve that, where members vote on the legibility of a transaction.

These key features now enable us to settle a transaction in seconds compared to days. We now have the basics of a fair system where there is no central authority. A world where people now have the ability to own their data and share as they see right. A world where we can decentralize a wide array of business transactions and make the world a little bit fairer. That is something I can live with and gives me the idea for my next project — trading lego figures using blockchain.