I must have heard this comment-masquerading-as-a-questions hundreds of times as I’ve spoken to audiences about the opportunities and challenges of ending extreme poverty by 2030. As a co-founder of Global Citizen, I spend much of my time making the case for how effective aid, combined with fair trade and good governance can and are transforming the world for our poorest fellow citizens.

But, the perceptions of wasted donations and aid are persistent, propped up by anecdotes from the media and friends. Despite the aggregate, global data showing that thanks to aid in the form of money from our governments, charities and individual donations have created a world with less extreme poverty, fewer preventable deaths and more kids knowing how to read and write than ever before.

To combat these perceptions, the Non-governmental organization (NGO) community needs to rebuild the trust that is essential to all philanthropy. Some non-profits are hoping that blockchain technology could be the answer to reignite enthusiasm in donation activities. 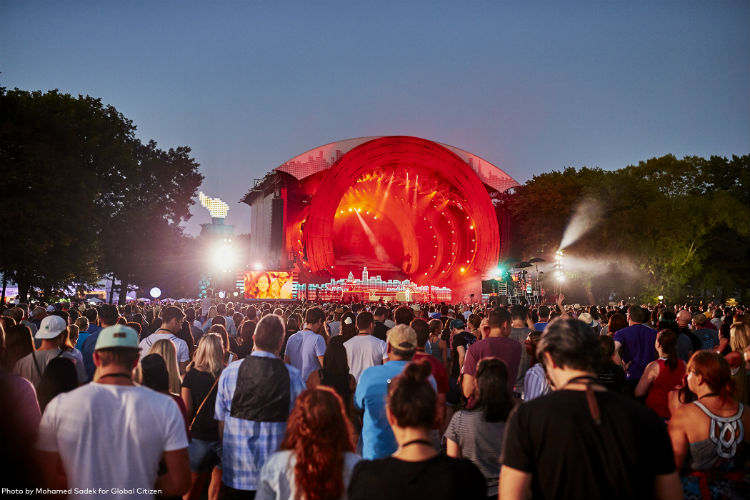 Blockchain is ushering in a new era of trust and transparency and has the power to rewire the digital economy to benefit business and society in new ways. It is becoming the new operating system of trust.

Blockchain can provide clarity on not only who is donating, but how money and supplies flow through organizations that provide aid – such as tracking a gallon of water purchased by an organization to the location where it was delivered. This is a bold reinvention of how philanthropy and donors interact.

That is why today IBM and Global Citizen are announcing, “Challenge Accepted: Blockchain for Good,” a partnership to ultimately understand how blockchain could best increase commitments towards funding humanitarian issues like extreme poverty and global health to help build a more impactful donor population.

Global Citizen is a movement of engaged citizens who are using their collective voice to end extreme poverty by 2030. On our platform, Global Citizens learn about the systemic causes of extreme poverty, take action on those issues, and earn rewards for their actions — as part of a global community committed to lasting change.

Through Challenge Accepted IBM and Global Citizen’s blockchain developer experience, we are providing developers the opportunity to help hold governments accountable for their respective roles in supporting our most worthy and pressing causes.

The challenge was inspired by the United Nation’s #Envision2030 initiative and will run from May 15th – July 14th. Challenge Accepted asks developers to construct the foundational layer of the much larger lifecycle of impact and accountability tracking; validating government and large corporate commitments and fund transfers resulting from Global Citizen’s advocacy work.

The challenge walks developers through the blockchain network creation process. With every step, participants earn points that they can exchange for items such as IBM social media influence or the ability to speak with an IBM expert.

Using the IBM Blockchain Platform Starter Plan, developers will be given easy access at no cost to the IBM Blockchain Platform, where they can set up a test network and develop their initial product. Challenge Accepted guides developers on how to build a three-member network that shows commitment (pledge) origination, fund transfers, and Global Citizen authentication, finally adding each transaction to the ledger.

A team of Global Citizen and IBM Blockchain experts will judge the submissions and narrow the field of entrants to the top 5 finalists, each of whom will win VIP tickets to the upcoming Global Citizen Music Festival in New York City this summer. In addition, one grand prize winner will have his or her work featured as one of IBM’s Blockchain samples on our website and will be given the opportunity to bring their application to life in partnership with IBM and Global Citizen. Ultimately, the main goal is to take the results of Challenge Accepted and shape a pilot project that leverages multiple global stakeholders.

Bringing trust and transparency to the world of commitment accountability and impact tracking presents a strong use case for blockchain technology. Blockchain used wisely will make the world more open and equal, help create a better balance in how data is shared and managed – for the many, not just the few. Global Citizen’s implementation of accountability tracking on IBM’s blockchain platform has the potential to show which governments and organizations are fulfilling their promises and rally them to meet their goals on time.

Our hope is to see real change in society and empower people to have a greater voice, so this is a natural collaboration We are seeing progress in how IBM’s blockchain platform can be used to impact society in areas such as food safety, microfinance, the environment, and energy savings and are looking forward to seeing how it can support the Global Citizen mission.

The Challenge Accepted: Blockchain for Good experience will engage developers in the real-world to use the power of the technology. The challenge is open to everyone — experienced developers and blockchain novices.  We believe this is a great way to get started and an opportunity for all developers to leverage their skills and learn new ones. Best of all, it’s an opportunity to explore a concrete application of blockchain with a global impact.

Will you accept the challenge?  Hopefully, we’ll see you with the other winners at the Global Citizen Music Festival in Central Park this September!