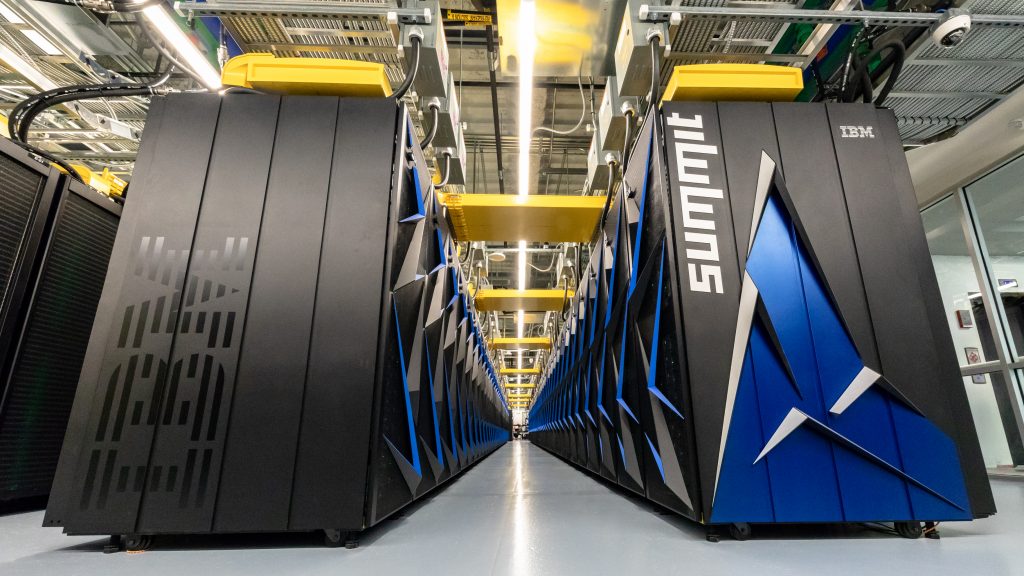 In June 2008, the well-named IBM Roadrunner supercomputer blew past all competitors by clocking at compute speeds no system on the planet had achieved before.

Fast forward 10 years to June 2018. IBM and the U.S. Department of Energy debuted Summit, the world’s smartest and most powerful supercomputer, capable of 200 million calculations, a million times a second–or 200 petaflops — 200 times faster than what the IBM Roadrunner had achieved a decade before.

What does all this supercomputing speed really add up to? It is about moving more data– which can generate more insights– faster than ever before– to help solve problems that were previously unsolved. I’m talking about addressing so-called “grand challenges” like climate change, understanding the genetic factors that underlie opioid addiction, and predicting extreme weather patterns before they happen.

Built from the ground up with AI workloads in mind, the Summit and Sierra supercomputers rely on IBM’s POWER9-based AC922 servers — the AC stands for “accelerated compute.” IBM scientists from the U.S., Germany, Switzerland, France, Ireland, Brazil, Israel and Canada worked together for over four years to build this system, which accelerates the type of math and information processing needed to power new AI algorithms. The AC922 was built in collaboration with leading OpenPOWER Foundation members, including NVIDIA, Mellanox and Red Hat, to handle data-intensive workloads better than any other system.

This marriage of traditional processors with extensive advancements and specialized silicon also incorporates advanced IBM Storage systems. These are designed for a continuous flow of data, so that complex AI workloads can run at peak performance, with fast access to all the data required.

With the release of the semi-annual Top500 List, we learned that alongside the Summit and Sierra supercomputers, still #1 and #2 on that list, is an IBM client cited as number 11.

AI supercomputing, welcome to the enterprise.

As we advance into the next chapter of digital transformation – what IBM calls “Chapter Two” — it is increasingly clear to us that progress for our clients requires transformation at scale for enterprise AI and for hybrid cloud.

Scaling AI and embedding it everywhere in business and moving mission-critical work to hybrid cloud are an integral part of any organization’s digital reinvention.

The promise of technology is to empower people to make the world better, safer and smarter – for the many, not just the few.

Innovation for the greater good is a marathon worth running, and IBM is proud to be part of the journey.