The year of POWER9

It’s been just over a year since the launch of the new IBM POWER9 processor and POWER9-based IBM Power Systems servers. As we cap off a successful 2018 for IBM, we’re looking back at what the analysts, experts and media have said about POWER9 and IBM’s newest line of Power Systems servers.

The much-anticipated December 2017 release of the POWER9 processor created a buzz among analysts, with one even including a warning to competitors in an interview with the Financial Times: “The fact that you can get so much raw power out of [the IBM chips] should be worrying for Intel,” said IDC’s Ashish Nadkarni. “The technology could be used in industries that need to sift through very large amounts of data, like fraud detection in the financial industry and medical research.”

Early on, the talk centered around POWER9’s artificial intelligence capabilities. When the POWER9 processor was announced, IBM also introduced the IBM Power Systems AC922 — a server purpose-built for AI workloads. With this POWER9 server, IBM was aiming to bring the world enterprise-grade AI by eliminating I/O bottlenecks and sharing memory across GPUs and CPUs.

“I have no doubts that the POWER9 chip and the AC922 server crush machine learning and HPC workloads, one of the sweetest spots in the industry,” said tech industry analyst Patrick Moorhead in Forbes last December.

It didn’t take long for POWER9 to catch on, with some of the biggest names in technology recognizing its benefits. At the annual OpenPOWER Summit in March, Google announced that its IBM POWER9-based server, Zaius, was deployed and in the process of scaling up in its data center. 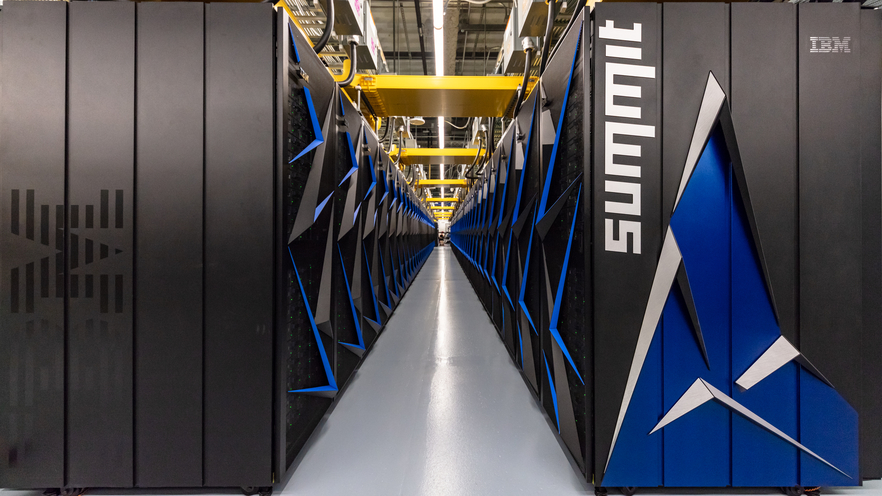 “Summit’s speeds, announced on Friday, boggle the mind. It can do mathematical calculations at the rate of 200 quadrillion per second, or 200 petaflops. To put in human terms: A person doing one calculation a second would have to live for more than 6.3 billion years to match what the machine can do in a second,” reported the New York Times as Summit went online in June.

In August, IBM announced the release of its scale up servers for the world’s largest enterprises. The E980 is the most powerful and scalable system in IBM’s portfolio and was dubbed a “16-socket Power9 server monster” by The Register.

As we close out an eventful 2018, IBM continues to expand its POWER9 capabilities, announcing new partnerships with NVIDIA and H2O.ai. The future is bright for IBM Power Systems and we can’t wait to see what’s in store for the new year.