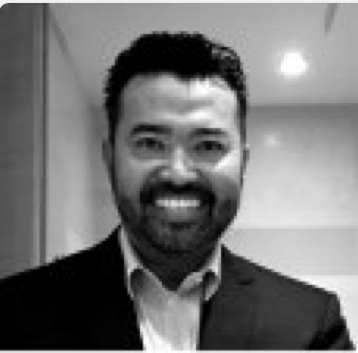 Last February, IBM brought together partners and competitors for the first annual conference made for developers, by developers—putting our reputation on the line to prove how committed we are to empowering developers from startups, to enterprise, and everyone in between. Sponsors and attendees agreed: Index was a healthy mix of great speakers and sessions with hands-on workshops, putting IBM back in the forefront of minds of developers and generating net new IBM Cloud active usage.

If you didn’t have a chance to join the event in person, check out the replays available.

As I talked with attendees, some recurring themes surfaced that captured the most favorable reactions and sparked some interesting conversations. I can sum them up this way: True innovation is possible by…

1. Embracing Cloud Native and Serverless
“Serverless computing refers to the concept of building and running applications that do not require server management. It describes a finer-grained deployment model where applications, bundled as one or more functions, are uploaded to a platform and then executed, scaled, and billed in response to the exact demand needed at the moment.” — CNCF Serverless Whitepaper v1.0 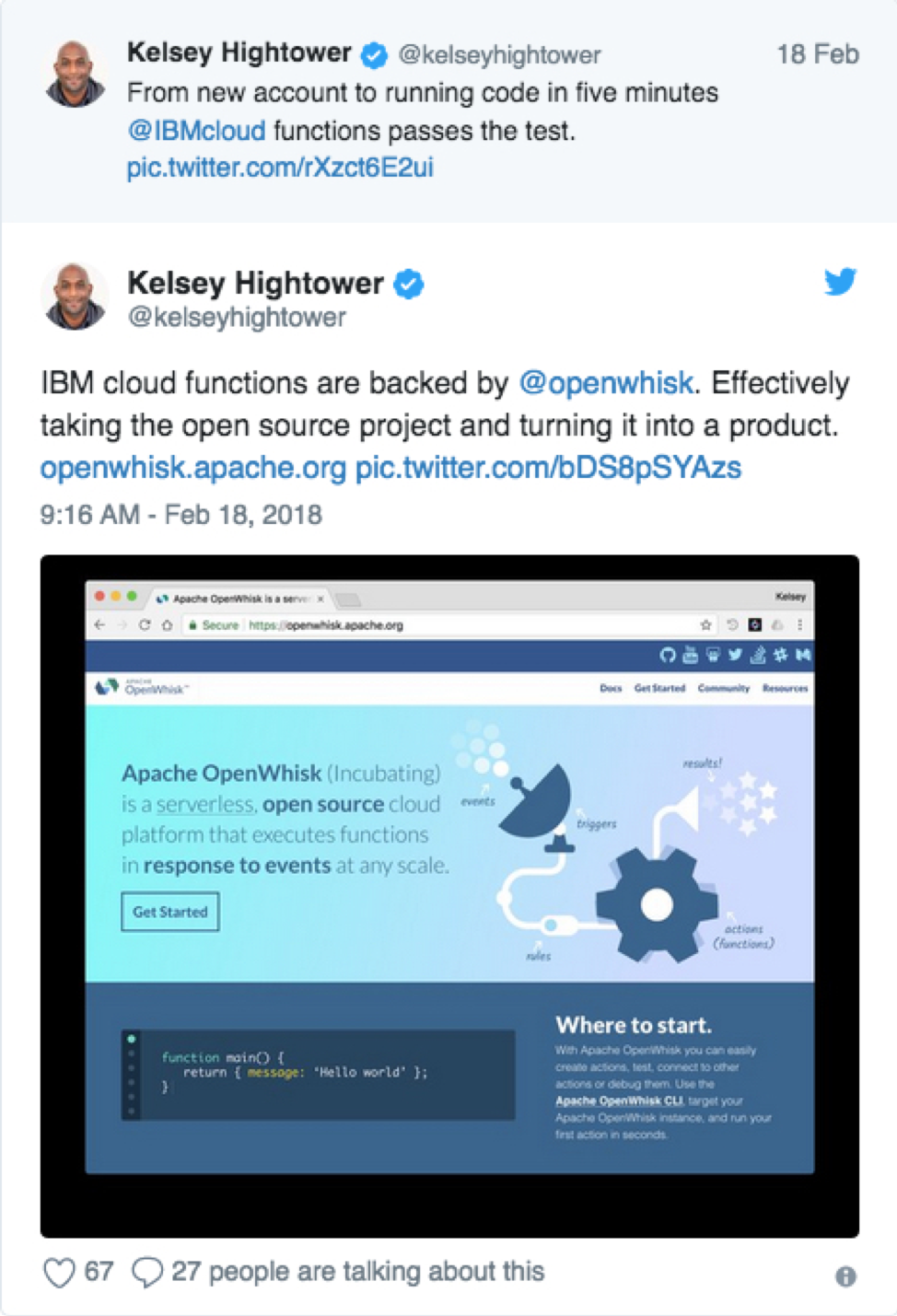 Serverless is quickly becoming “the next big thing,” and recently, the Cloud Native Computing Foundation (CNCF) released their first whitepaper to help describe this new model of cloud native computing, serverless architectures, and their supporting platforms—and how serverless differs from infrastructure, platform or containers-as-a-service. Authors included members of Google, Oracle, AWS, and two of our very own IBMers: Daniel Krook and Doug Davis.

IBM has had a prominent role in the CNCF and has been a contributor to, and champion of, open source for decades. The IBM Cloud is an open-standards cloud platform, meaning we’ve embraced proven and popular projects like Kubernetes and Hyperledger to maximize developer empowerment.

2. Embedding Natural Language and Conversation
Businesses have an increasing interest, and need, to expand the ways their customers interact with them. This has led to the need to embed natural language processing capabilities in their products, like speech-to-text or text-to-speech. As consumers become more and more comfortable with voice interaction capabilities, companies need to add or build these features into their experiences to move beyond the traditional and into the transformative. If they don’t, their customer base will move on to a competitor who is doing what they want and expect.

3. Espousing Proven Open Source
Open source is one of the most critical transformative powers in technology. It’s the heart of Index and is a constant reminder of the importance of community and collaboration. When Jim Zemlin spoke of the rise of Automotive Grade Linux, or when IBM worked with the Linux Foundation to launch Hyperledger, it was obvious that creating a strong, open source foundation for a technology or solution brought the greatest innovation and adoption. It’s this same proven method that led to Google, IBM, and Lyft coming together for Istio—an open platform to connect, manage, and secure microservices.

As the wealth of open source options increases, it’s becoming increasingly difficult for developers to test and integrate across their preferred platforms and languages. The CNCF helps ease the burden of identifying open source that will grow and scale with you. Developers are already receptive to supporting proven open source projects. There’s no better proof than the fact that our Blockchain and Kubernetes breakout sessions were at standing room only before they even started.

Where do we go from here?

My team and I are appreciative for all the hard work and countless hours IBMers put forth to make Index: San Francisco a success. We’re grateful for the positive sentiment from our sponsors and our attendees, and are already hard at work exploring next year’s Index. Developers are hungry for a space to commune and grow with one another, and that IBM is on the pulse of the communities and technologies that ignite their innovation.

Willie Tejada is a Chief Developer Advocate at IBM. He is based in San Francisco, CA.

To keep up to date with our career opportunities and other IBM facts, connect with us on Twitter, Facebook and LinkedIn.

How IBM Made Me Return to the Corporate World

3 Things Recruiters Wish They Could Tell You (EN, ES)

English Espanol     By: Natalia Islas Lupercio Mexico Talent Acquisition Partner Throughout your professional life, you have likely been in more than one selection process or you are about to start one. When you make the decision to start a job application process with a company, most of the time it is accompanied by […]

5 Tips to Kick-start Your Programming Career – The Frontend Route

So you’re interested in programming. Perhaps you’re considering a career change or just interested in picking up a new skill during the lockdown, but have no idea where to start? Good news, while learning to code may seem daunting at first, we’re here to help! First things first, if you’re thinking of a career change, […]

Getting an IBM internship in college is a one-of-a-kind opportunity, so how can you make that opportunity become your reality? To answer that question, we asked current and former IBM Marketing interns to share their advice on how they secured their internships and set themselves up for success. Here are some of their top tips […]