IBM Patents: the Foundation of Innovation and Discovery

This is an introduction to our Patent Leadership Series to mark IBM’s 25th consecutive year leading in patent grants. Over the coming weeks, you’ll meet just a few of the remarkable IBMers who help make this company what it is and has been for over a century: a collection of inquisitive, restless, determined humans who drive the culture of innovation within and beyond our walls. 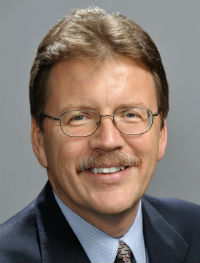 The strategic use of intellectual property has been at the core of IBM’s success throughout our 107-year history. We have always sought an approach to patenting that balances proprietary and open innovation. Patents not only allow us to grow and thrive as a company but they also enable us to advance the cause of technology for the greater good of society.

This is something I’ve been very passionate about throughout my career at IBM. And it’s why I’m incredibly proud to announce that IBM led the U.S. in patents once again in 2017, marking our 25th consecutive year at #1.

To put that into perspective, we have been leading the nation every year in patents since the first Internet browser appeared in the early 1990s. Think of many companies and technologies that have come and gone. Yet one constant through it all has been IBMers’ relentless focus on innovation.

From secure credit card transactions to the world’s fastest supercomputers, IBM patents have defined the modern era of commerce and computing – and they are poised to do the same for the next one too. Of the record-breaking 9,043 U.S. patents granted to IBM in 2017, 1,400 of them were related to artificial intelligence. No one else even came close.

Collectively, our innovations offer a window into the future with AI systems. Imagine being able to talk with a computer as if it were another person. IBM scientists have done just that by inventing a system that can help AI systems analyze and mirror a user’s speech patterns. Or think about self-driving cars. Our scientists have also patented a machine learning system that can shift control between a human driver and autonomous vehicle in the event of an emergency.

We are on the verge of an AI explosion across industries, where it will generate new knowledge, better solutions, and higher value for business. The same is true of other crucial technologies that can be used in combination with AI such as cloud, blockchain, cybersecurity and quantum computing, where our inventors also earned numerous patents last year.

Behind today’s patent announcement is IBM’s deep and sustained commitment to ethical and responsible patenting. We patent so that innovation can flourish, both inside and outside of IBM. From Linux to OpenPOWER, the broad sharing of patented IBM technologies has laid the foundation for some of the most successful open source projects in history. Beyond this, IBM has taken a lead role in working with the U.S. Patent and Trade Office to ensure that the U.S. patent system evolves for a new era.

This story first appeared on the IBM THINK Blog.