Unlocking the potential of blockchain

At any given time, thousands of my IBM colleagues are working on various open source projects to design, debug and donate code. And when we come across a really interesting challenge, we take it a step further by joining our peers in building and shaping new ecosystems. The latest example is our membership in the Linux Foundation’s Hyperledger Project to develop an open source blockchain platform.

Blockchain started in 2009 as a distributed ledger used by bitcoin to record the financial transactions of its members. Blockchain maintains a continuously growing list of records called blocks and provides a database for all parties involved. Once a party puts a record on the blockchain, the information cannot be deleted or changed. This approach provides trust across all distributed blockchain instances recording the information.

Not just for bitcoin anymore

Today, blockchain has evolved beyond bitcoin. At IBM, we started taking part in that evolution early by working with clients to write applications built from bitcoin’s proprietary blockchain implementations. But our clients told us they wanted three additional features not in the original blockchain:

To address this feedback, we donated code to Linux Foundation’s open source Hyperledger Project. Its mission is to create an enterprise-grade, open source blockchain platform. Adding these new enterprise security features was enabled blockchain to be used by businesses. As a result of IBM’s work with the Linux Foundation, the Hyperledger platform now enables users to optionally configure their blockchain to: encrypt blockchain data, database, configure access control policies for all the data and ensure that every record is signed.

The value of a distributed ledger

At its core, blockchain can save companies time and money. Consider IBM. As a company with 4,000 suppliers and partners worldwide that ship us parts and help us build computers, we handle approximately 25,000 supplier issues a year. For example, one party says it sent an invoice, and the other party says it didn’t receive it. In the past, the average issue took 44 days to resolve with everyone using different databases and ledgers to try and reconcile the data.

But now we’re asking our suppliers and partners to put those records on IBM Blockchain, which is built on top of the Hyperledger open source code. Parties can log on, securely view the workflow and check the status of their orders and invoices. We expect not only to speed up resolution times and transactions but also to reduce the number of issues.

The Hyperledger Project has continued to attract members and contributors. Companies in different industries, from financial services and insurance to healthcare and manufacturing, have donated protocols for using Hyperledger in their industries. Users can run it on a laptop, in their own data center servers or in the cloud., IBM built special hardware based on the IBM LinuxONE server, which is designed to create a highly powerful and secure blockchain.

Why is that level of security important? Leanne Kemp, founder and CEO of Everledger, can tell you why. The company’s newly constructed platform digitally certifies diamonds traced through the United Nations General Assembly–mandated Kimberley Process certification procedure. Built on the Hyperledger Blockchain,  Everledger will provide a global, digital ledger that tracks diamonds from the mine to the store to verify their origin.

The IBM High Security Blockchain cloud protects the blockchain against unauthorized access and tampering to meet the stringent security requirements of the diamond industry. It fights against insider threats, protects data and secures entry points and the integrity of the network — all enabled through advanced security features of IBM LinuxONE. In a recent Bitcoin Magazine article, Kemp emphasized the benefit of the no-compromise approach for this degree of security by saying the opportunity to build, test, scale and refine Everledger on the IBM High Security Blockchain Cloud with its security-rich infrastructure “is a game changer.”

Cast your vote with action

Everyone that uses IT is part of the global open source community. Even if you don’t donate code, with every click of a download or install button you are voting on the direction you want open source to take.

I encourage you to learn more about the Linux Foundation open source Hyperledger Blockchain, and IBM’s High Security Blockchain cloud and hardware and its potential for your organization.

OpenPOWER and the future of enterprise IT 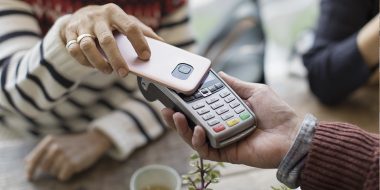 From time to time, we invite industry thought leaders to share their opinions and insights on current technology trends to the IT Infrastructure blog. The opinions in these blogs are their own, and do not necessarily reflect the views of IBM. As blockchain technology flourishes, so do new protocols for managing currency exchanges, financial transactions, ...read more 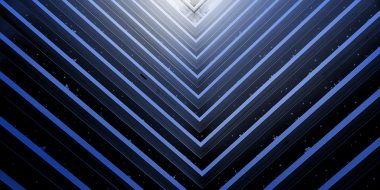 Is there too much choice with hybrid multicloud?

From time to time, we invite industry thought leaders to share their opinions and insights on current technology trends to the IBM Systems IT Infrastructure blog. The opinions in these posts are their own, and do not necessarily reflect the views of IBM. Cloud technology is now known by many names and this can be ...read more 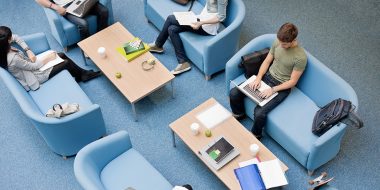 From time to time, we invite industry thought leaders to share their opinions and insights on current technology trends to the IT Infrastructure blog. The opinions in these blogs are their own, and do not necessarily reflect the views of IBM. As the Indian economy continues to grow, the role of the solution provider is ...read more