Every year, IBM has a Kiosk at Wimbledon where members of the public can come in and find out what we do to support The Championships as well as how some of the IBM technology we use works. For 2019, IBM have partnered with a data visualisation studio to build “The IBM Technology Garden”. The Garden is inspired by both the vast amount of data that IBM generate and process at Wimbledon as well as their motto ‘Tennis in an English Garden’ (https://www.youtube.com/watch?v=bZzZDWeeurI). Visitors to the Kiosk will see a large screen that displays five digital flowers, each one’s design informed by a subset of the many live data feeds collected by IBM during the tournament. 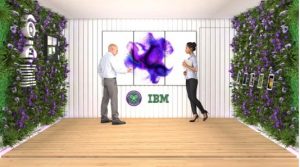 This flower is inspired and fed by IBM’s AI highlights tool that has been in use at Wimbledon since 2017. The AI Highlights tool watches every single match at Wimbledon and uses Watson to identify “exciting moments” by using visual recognition, audio recognition and statistical analysis of the points as they are played. Crowd excitement(e.g. how loud they are cheering), Player gestures (e.g. fist pumps or waves), whether the point won is interesting (e.g. match point) are all combined into a score that identifies whether a highlight should be generated, if the score is high enough then a short video clip is automatically cut and presented to the Wimbledon.com and social media team so that they can publish it directly to the website and / or social media. This saves them a lot of time and effort from no longer having to watch each and every tennis match and try to manually cut and edit the clips themselves, or even risk missing the key moments if they overlook them or did not see them happen themselves.

In the technology garden, we take the latest AI highlight that was generated and use the Watson confidence scores from the Player gestures, Crowd excitement and Statistical analysis, how many hours of tennis have already been analysed so far, and how many highlights have already been published and use those numbers as seeds for the flower to be generated. Find out more in our AI at Wimbledon blog. 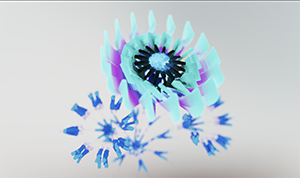 Since 1990, IBM has been gathering scores and statistics at Wimbledon, it’s the core of our partnership with the AELTC and is the one thing that we do without fail every single year. A team of dedicated statisticians are sat on the edge of the court or in the commentary boxes, carefully recording every point. Whilst we started off gathering just a few data points per point back in 1990, in 2019 there are at least 13 separate data points gathered per point for every game, set and match across qualifying and the main draw tournaments.

Visitors to the kiosk can choose one of the last five completed and can see a flower based off data grow in front of them on the screen. Each cluster of shoots and flowers represent the points, games and sets won, along with the length of the match. 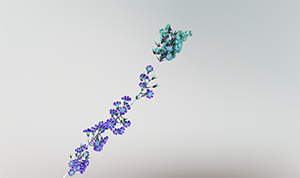 Wimbledon.com is a very high-profile website during The Championships and is the target of many security attacks every single day. As technology has advanced, IBM has been able to scale-up it’s protection of The Championships – ensuring that nothing but the British weather interrupts play and the fan’s enjoyment. 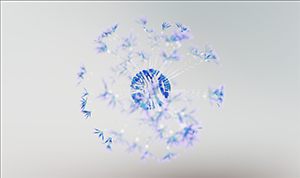 For fans who can’t be at Wimbledon, Wimbledon.com, the mobile app and Apple TV app can be the next best thing. During The Championships, the website and mobile apps see tens of thousands of separate visits per hour and tens of millions of visits over the course of the event (49.5 million in 2018).

Instead of a flower, these figures are displayed as a patch of grass, growing as more and more people use the website and mobile apps. The number of visits affects the density, the type of visit or device used will affect the colour or luminosity of the individual grass blades. 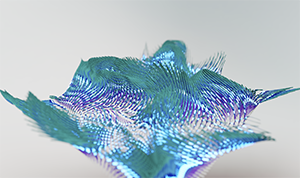 Not only are IBM gathering data from the Tennis being played on court, but we are also collecting environmental data at Wimbledon as well. Visitors to wimbledon.com will receive a localised weather forecast specifically for SW19 so they know if they should bring an umbrella or some sun cream.

This flower opens and closes based on the overall weather conditions, with the petals moving as the wind speed increases and the vibrancy of the flower changing as it gets warmer or cooler. 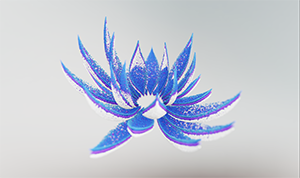 If you’re lucky enough to be on site at Wimbledon this year, I hope that you’ll pop over to our Kiosk to take a look. Don’t worry if you’re not though, as the Tournament progresses, the best flowers will be shared on social media as they are generated and the Technology Garden will be on display at other IBM Sites and events over the next year, replaying the data from the 2019 championships in real time so you can see each unique flower as it would have been generated at the real event.

What can government learn from Wimbledon’s AI video highlights?

Every cloud has a shadow hiding! 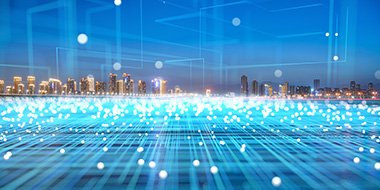 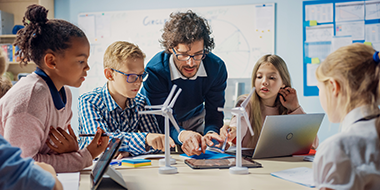 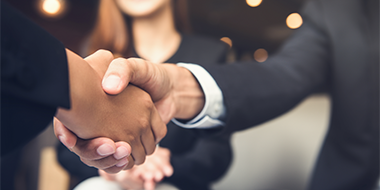