What can government learn from Wimbledon’s one chance to deliver?

In this third and final blog post on what government can learn from Wimbledon, I discuss how Wimbledon uses cloud to meet huge fluctuations in demand for its digital platforms and how it ensures its services are accessible for fans throughout The Championships.  My previous posts in this series explore innovating fabulous services and use of artificial intelligence (AI) in automating video highlights.

One chance to deliver

Wimbledon uses IBM Cloud to scale infrastructure by 55,000% from a 350 private member tennis club to meet the demands of global fans during the climax of an epic match during The Championships fortnight.  Elasticity is enabled by open standards and open source for a completely software driven operating environment that includes infrastructure as code and Kubernetes for container orchestration.  Examples of peaks in demand for Government are filing annual tax returns on line as the deadline approaches and supporting police and other operations at major events.

The cost of infrastructure capacity is optimised without compromising the performance of Wimbledon’s digital platforms for fans.  IBM uses hybrid cloud with four public and three private cloud data centres around the world (and some limited capacity on premises) to handle these huge fluctuations in demand, shift workloads and maximise resilience.  Use of cloud computing avoids redundant capacity at other times.

IBM has automated application deployment at Wimbledon so that updates can be deployed 95% faster.  Many changes are made during The Championships to allow Wimbledon to adapt to circumstances and opportunities as events unfold.  Governments can only align services with expectations today by using DevOps pipelines, so that capability can be made available for use before satisfaction is lost or openings time out.

Secure to the core

IBM runs Wimbledon’s security operations.  General housekeeping ensures that software versions and patches on systems and endpoint devices are kept up to date.

We correlate and prioritise event data taken from across the technology estate to distinguish real events from false positives using threat intelligence from IBM X-Force.  There were over 200 million security events blocked during The Championships last year, and our security analysts at Wimbledon are equipped with a knowledge graph to help them understand what is going on.  Watson for Cyber Security exploits AI to assist by combing research reports, white papers, blog posts et al, but more importantly by contextualizing that information by combining it with structured data such as specific security events.  All this reduces the time it takes to analyse a threat from sixty minutes to one.

The knowledge graph showing an incident made up of an initial web exploit, a Windows exploit, then a shell command injection and remote code execution where the combination of QRadar and Watson for Cyber Security eliminates all but 18 of 663 potential start points for further investigation by security analysts.

The learning for Governments is clear: maintain current software versions and patch levels on systems including those provided by third parties to departments to help prevent cyber attacks and exploit security event data in security operations equipped with the latest knowledge to stay ahead, block as many attacks as possible and quickly contain those that do get through.  Government then has resilience to run its operations and sustain access to services for citizens, building confidence and sustaining its reputation.

Wimbledon trusts IBM and our secure Cloud so it can focus on what it does best: delivering an outstanding tennis tournament.  Learn more about how Wimbledon and others scale with cloud and command confidence with continuous security and management.

Register and read the guide to securing your cloud platform.

Every cloud has a shadow hiding!

What can retailers learn from Wimbledon’s fan engagement? 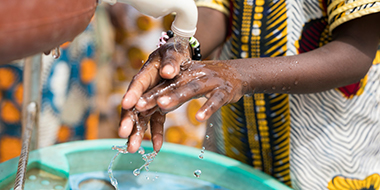 When WaterAid moved its offices from Vauxhall to Canary Wharf, it meant the international NGO for water, sanitation, and hygiene, needed to migrate its IT services as well.  Some of the systems were running core business, such as the link to direct debit processing, the phone system and data warehouse, so it was essential that […] 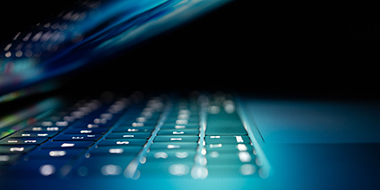 Without a shadow of a doubt the COVID-19 pandemic has had a profound impact on humanity and our way of living, and this has required considerable change in how businesses operate and plan for such events. We are witnessing a financial crisis and this is creating ongoing uncertainty in the global economy. The impact is […] 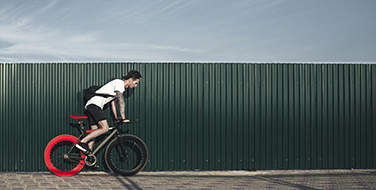 CBM4Cloud Workshops Since the turn of the year, alongside my usual job responsibilities, I have found myself running Component Business Model for Cloud (CBM4Cloud) workshops with our Public Sector clients. For those who are not aware, a CBM4Cloud workshop is a method that IBM uses (with or without a client) to understand the client landscape […]