Highlights of the Watson IoT Comes to You event

On Friday October 6th, I was one of the speakers at the Watson IoT Comes to You event. In my presentation, I briefly explained where we currently stand with the development of the IoT: we have moved past the hype now; the implementation is currently in full swing. I also stressed that the IoT is not just about sensors or a platform; it also – even particularly – involves integration with core elements of regular production systems, such as asset management and maintenance.

Windmills were a central theme of our event, as a metaphor for an industry that is undergoing huge disruption. The image of the windmills also makes it clear that integrated solutions are what are involved here. (For more on this, see my blog of October 2, 2017).

Visitors found the event impressive before it even began. As they entered the building they found themselves standing between a BMW i8 and a Red Bull Racing Formula 1 car. These two brands both have a close collaboration with IBM in the area of IoT, storage and analytics.

The presentations began in a dark hall with a video about a blind swimmer who is able to swim and even make lane turns without assistance thanks to a sensor in his swim cap. Quite an impressive implementation of IoT technology, all things considered.

After IBM Research offered a brief glance into the future in a presentation that dealt with technologies based on 5in5 that will be affecting our lives in the next 5 years, BMWi gave a presentation. It was fascinating to see how the new i series has been redesigned from the ground up with an emphasis on ‘green’ and comfort. BMW and IBM are working closely together on the BMW i8 to develop it in such a way that it is fully attuned to the driver. 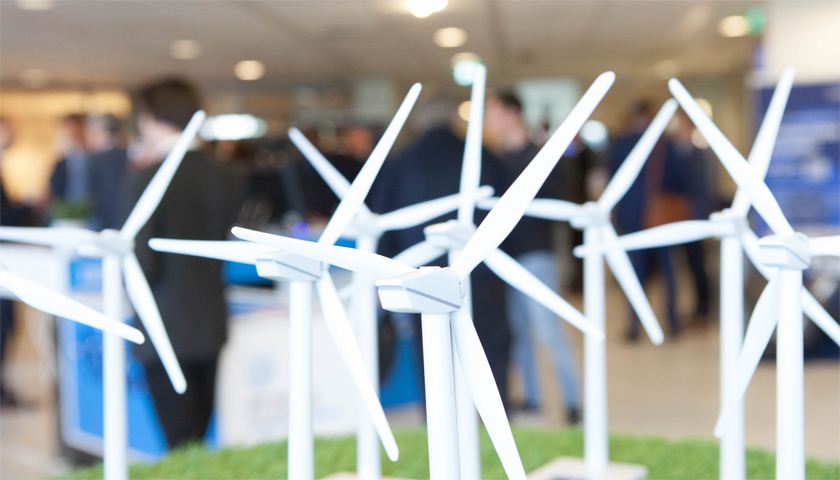 The next presentation, given by Erwin Rademakers from the Port of Rotterdam, offered a glimpse of the Port of the Future, the complexity of a harbor and the necessity for a smart infrastructure. This was followed by breakout sessions by and with customers and our business partners in the IoT ecosystem, including Gemba, Macs, Oxplus, Axians, Stork, Tele2 IoT and Znapz. Of course, you can talk a lot about IoT, but in these sessions participants saw concrete applications of IoT in the areas of asset, facility, and requirement management, predictive maintenance and security. There was also quite a flurry of activity in the experience & makers zone. Here visitors could learn how easy it is to link a device to the Watson IoT Platform and collect data with it. There were also a number of demos by partners, including Ricoh’s Cognitive Whiteboard.

To further emphasize the importance – and the possibilities – of a well-developed ecosystem for the open IBM IoT platform, before the final panel session five cool start-ups were invited to offer visitors a glimpse of developments coming in the near future. Under the leadership of Marije Ferwerda, who is responsible for the development of the Technical Developer Ecosystem within IBM, the founders of ICR3ATE, TWTG, Healthy Workers, Cloud Garden and Undagrid offered an impressive overview of developments in the area of smart sensoring, smart mobility, smart building, smart work environments and smart assets.

To me, this inspiring closing illustrated that the developments in all these areas – in combination with a link to the IBM Watson IoT proposition – clearly demonstrates that the transition from hype to insight has made tremendous strides. If you are ready to take concrete steps, check out the demos online.

How your business can benefit from Robotic Process Automation 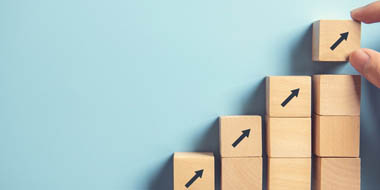 Digital transformation, in the form of business automation, is responsible for the current jump in working process efficiency. The end result will be workflows that are both flexible and stable, ready for whatever the future holds. However, is the public sector ready for business automation? Based on the experience of the private sector – […] 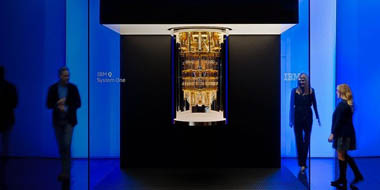 Four years after the launch of IBM’s first public quantum computer, the company has 22 systems available to clients and community, which now includes 230,000 users and 111 IBM Q Network client partners. Additionally, 180 billion quantum circuits have been executed using our hardware, resulting in more than 240 publications by researchers around the world. […] 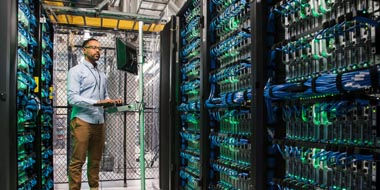 The cloud has already had its praises sung widely: it boasts lower costs, high availability, good disaster recovery, and no hardware concerns. But quickly embracing a completely cloud-native infrastructure and application environment is no walk in the park. VMware users can now port existing applications, storage, and networks to a multi-tenant shared environment—within the […]