The Next Grand Challenge: Computers That Converse Like People

Computer scientists have long dreamed of creating machines that can carry on free-wheeling conversations with people. So far, in spite of tremendous efforts in the field of speech recognition, natural language processing and other facets of artificial intelligence, even the most loquacious computers and smartphones are not yet great conversationalists.

But that may change in the not-too-distant future.

IBM and the University of Michigan are combining forces to develop cognitive computing systems that can interact naturally with people–either via text or by speaking. This three-year “grand challenge” brings together more than one dozen IBM scientists and University of Michigan faculty members and students. Their initial goal is to create a cognitive advisor system to help students navigate their courses and programs.

To achieve breakthroughs in cognitive computing, IBM is forging research partnerships like this one with a number of highly-regarded academic scholars and labs–including a exploration of deep learning with Prof. Yoshua Bengio of the University of Montreal.

For David Nahamoo, the IBM Fellow who heads up conversational technology for IBM Watson, the University of Michigan project, which is called Sapphire, is the culmination of more than 30 years of research. “Now we can finally deliver on the dream and create computer systems that can converse with humans on human terms,” he says. 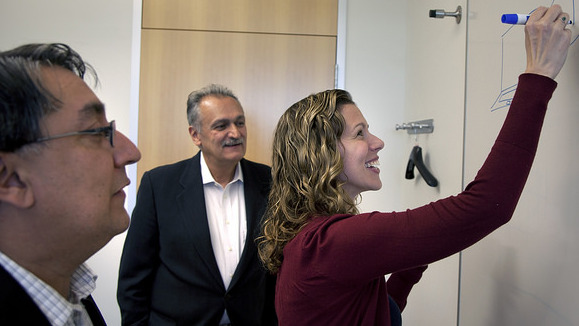 Satinder Singh Baveja, the Lab director, says one factor that makes a breakthrough in computer-to-human dialog more likely now is that large amounts of dialog data with which to train computers is becoming available. The researchers in the student advisor project will have access to transcripts of thousands of counseling sessions between students and human advisors. “The availability of data is changing AI hugely in positive ways,” he says. 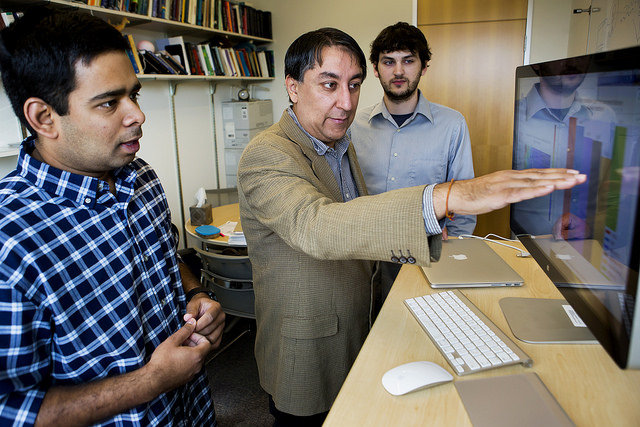 Until now, most computer-to-human conversations were based on hard-coded rules and decision trees. If a person says this, then the machine answers that. But it takes a tremendous amount of human labor to develop and maintain rule-based dialog systems, and they’re not flexible enough to be truly conversational.

The new collaboration seeks to break the logjam by enhancing rule-based systems with other technologies that enable machines to gain knowledge by interacting with humans and data. One approach is machine learning. A computer system is trained by being exposed to examples generated by humans until they learn to identify words and images when they encounter them. A second element is probabilistic reasoning. Machines understand more about the meaning of words from their statistical context. A third element is reinforcement learning. Machines improve their questions and answers by interacting with people and receiving feedback from them.

The researchers will use the cognitive student advisor as a test bed to help them develop systems that can be used for many kinds of human-to-machine interactions–everything from online travel planning and shopping to IT help desks and tax advisory services.

The first generation of such applications will be specialists. They will be capable of conversing expertly and in a human style about specific subjects, but not about “anything and everything”–like the machines computer science pioneer Alan Turing had in mind when he conceived the so-called Turing Test in 1950. But that will come later.

The pace of innovation in cognitive computing and artificial intelligence is quickening. If the IBM/University of Michigan team accomplishes all that they hope to, it will be another huge step forward for computers–and for humankind.