IBM Blockchain: What Can We Solve Together?

About three weeks ago, Dutch authorities learned that 20 percent of the eggs coming from the Netherlands were unsafe. European authorities are now in a dash to pull the bad food from the shelves.

Five months earlier, 3,000 school children in Egypt became ill in the early afternoon. Ambulances were dispatched to elementary schools, as authorities tried to home in on what they believed to be the culprit: contaminated school lunches of cheese cubes, dry sesame paste bars, and bread.

A year-and-a-half before the Egyptian incident, a popular U.S. fast casual restaurant chain came under fire after authorities determined contaminated ingredients in its food had sickened nearly 500 of the company’s customers. In response, the company vowed to think “more about its supply chain,” where their food came from and how best to keep it safe, from the farm to the restaurants. 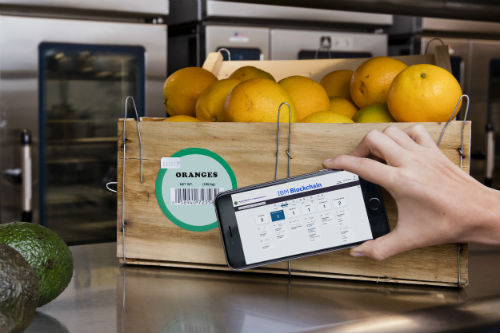 Foodborne illness, in other words, is not an occasional or regional problem. It happens all the time and everywhere, from Egyptian schools to European supermarkets to your go-to lunch spot in the U.S. Every year around the world, one-in-10 people fall ill – and about 400,000 die – due to contaminated food.

Nor is foodborne illness a simple problem to mitigate and solve. Each of the aforementioned instances involved authorities and companies spending days, if not weeks trying to isolate the source of the illness. In that time, more people can get sick, businesses can lose more money, and more non-contaminated food can go to waste as good food gets thrown out with the bad.

But thanks to blockchain – a technology THINK readers will be deeply familiar with – food companies can more easily track where their food comes from. And if the food turns out not to be safe, they can immediately pull it from the shelf. In the case of the eggs, for example, a blockchain network could be used to trace each carton of eggs from the retailer back to the coop. A retailer in this network would be able to confirm in seconds that their eggs had not come from one of the affected coops and reassure their customers.

This week, IBM took another significant step toward making this scenario a reality for food ecosystems around the world. A group of leading companies in the global food supply chain, including Dole, Driscoll’s, Golden State Foods, Kroger, McCormick and Company, McLane Company, Nestlé, Tyson Foods, Unilever and Walmart , will collaborate with IBM to further strengthen consumer confidence in the global food system by identifying new areas where blockchain technology could bring greater trust and transparency to food supply chains.

IBM has already completed parallel pilot programs demonstrating the value that secure networks with end-to-end transparency would bring to the global food supply chain, most recently with Walmart in China. That project showed that blockchain technology can be used to trace products from farm to retail shelf in seconds rather than days. This ability of all participants along a supply chain – from growers and processers to retailers and regulators – to have access to a secure blockchain network has the potential to massively simplify food traceability. This new collaboration with industry leaders will build upon this work, exploring new ways for blockchain networks to make food safer.

Food safety is just one of the many ways blockchain will benefit society. The technology is now being used to transform processes and streamline transactions for everything from flowers, real estate and trade finance, to education, insurance and medical services.

To accelerate this adoption, IBM has introduced the first fully integrated, enterprise-grade production blockchain platform. It offers the development tools that enable organizations of any size – and from any industry – to set up and participate in a blockchain network, from multinational corporations to a farmer with a smart phone. All members within a blockchain network will see the benefits of faster and more secure transactions and exchanges of information.

Taking a broader perspective, this platform has the potential to increase the productivity of entire networks. In our increasingly interconnected and global world, the efficient exchange of information is a key to success. Business now moves at the speed of information, and business ecosystems are only as fast as the slowest communicator. With this new platform, IBM is making it easier for all parties within an ecosystem to perform at consistently high levels, truly living up to the company purpose to be essential.

Building Up Nonprofits in Atlanta's Westside as New Stadium Opens