Blockchain technology is all about dramatically increasing trust in business transactions. It will revolutionize the way we do business by making it impossible for participants to cheat. A permanent digitized chain of all transactions — grouped into blocks, the blockchain — means that participants cannot tamper with or deny past transactions.

Although the potential of blockchain is huge, it does not do away with the need for businesses to know with whom they are engaging in a particular transaction. For example, a retailer will still want to know that a supplier is reliable. While all blockchains record validated business transactions, only those that are “permissioned” blockchains ensure that you know who you are dealing with.

By taking trust-related friction out, in every industry, it will dramatically increase economic activity (I tell my kids I’m in the business of accelerating world GDP growth!) It will also drastically reduce inefficiencies by, for example, cutting out middlemen who act as trust intermediaries.

Regulations also play a role here. Banks need to know their customers comply with anti-money laundering and counter-terrorist-financing rules. US businesses need to know that the companies they deal with are not in countries on a US government sanctions list.

Blockchain technology is software and like all software sometimes you run into bugs. When they occur, you need agreed upon mechanisms among the participants to move forward with fixes.

Permission to move about the blockchain

The distinction between permissioned and permissionless blockchain, however, is not black and white. For permissioned blockchains, an essential notion is that of an identity service. But that identity service doesn’t have to share every part of your identity. There is a continuum ranging from total anonymity to full identification (like name and address, or fingerprint).

And in between there are applications where the identity service has to only share partial information; maybe just age or citizenship, or contact information. Sometimes identity means being able to prove that you are what you say you are (for example, being over 21 years old when you want to buy alcohol in the US), not who you say you are.

An identity service in a permissioned blockchain links information about business entities to the cryptographic keys used to digitally sign transactions. Naturally, this identity service cannot be controlled by a single entity; it has to be decentralized, making it impossible for any one entity to tamper with the identity service.

Blockchain has great potential, but in order to be useful, it has to be permissioned and have proper governance to resolve issues. This is why IBM has partnered with the Linux Foundation on the Hyperledger Project.

Innovation Today for Solving the Challenges of Tomorrow 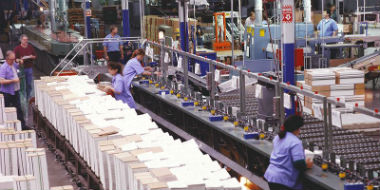 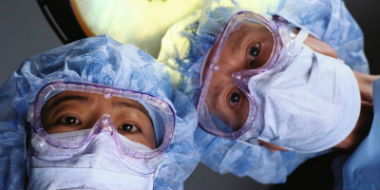