As the COP21 summit in Paris draws to a close this week, there’s reason for optimism that leaders from more than 150 countries will reach agreements aimed at heading off the more extreme effects of climate change.

Many countries have pledged to address the problem and set concrete goals for doing so, adding to a new sense of global momentum to going green.

Agreeing on a framework for humanity’s relationship with the environment is no small challenge. National leaders must balance the need for more sustainable energy production and cleaner air with the economic costs of transformation.

Fortunately, we don’t have to wait for a comprehensive agreement on climate change to begin to make progress against it.

Advances in information technology are providing powerful new tools for combating air pollution and greenhouse gases. New networks of intelligent sensors act as our digital eyes on the world – gathering data from across natural and manmade environments. At the same time, advances in machine learning have led to cognitive computing systems that ingest, understand and learn from this wealth of environmental data. Using predictive models, we not only can forecast what will happen next, but we can test hypotheses: What would happen if we took a particular action or if conditions changed?

With these technologies, leaders can take steps to improve the health of citizens and the sustainability of the planet even while addressing financial concerns.

IBM Research is a leader in developing technologies to address environmental degradation. Scientists at our China labs, working with other experts around the world, are creating technology solutions focused on key elements of the environmental imperative including air quality management and energy optimization for industries.

Our work in this domain accelerated a year ago with the launch of the Green Horizons initiative in China — which has become a real-time, massive-scale living lab for research in this domain. Green Horizons is a 10-year commitment to government agencies, electrical utilities and businesses to help them comply with the central government’s ambitious goals for reducing pollution and shifting to renewable energy sources. Through Green Horizons, our scientists have created some of the world’s most accurate energy and environmental forecasting systems.

With its huge investments into energy and environmental transformation, China was a great place to launch this initiative. One of China’s biggest environmental challenges is air pollution – especially from ultrafine particulate matter (less than 2.5 microns in diameter), which is the most harmful to human health. We’re working with the governments of several cities to help them analyze data from sensor networks and satellite imagery, so they can come up with smart strategies for dealing with it.

Progress is most advanced in Beijing, which is currently experiencing acute air pollution problems. Working with the Beijing Environmental Protection Bureau and drawing on multiple data sources and applying predictive models, we produce maps showing the sources and dispersion of pollutants across the cityscape 72 hours in advance.

The system is even able to forecast air pollution trends 10 days ahead – a potential game changer for city officials who need as much lead time as possible in order to act effectively. With advance warning, city officials can assess a range of potential responses—anything from temporarily halting construction to limiting traffic and, as a last resort, curtailing industrial production. This week, for the first time since the system was established in 2013, the government issued a red pollution alert to citizens.

The efforts are paying off. In the first three quarters of this year, the Beijing government was able to achieve a 20 percent improvement in fine-particle pollution, bringing it closer to its goal of reducing PM 2.5 by 25 percent by 2017. 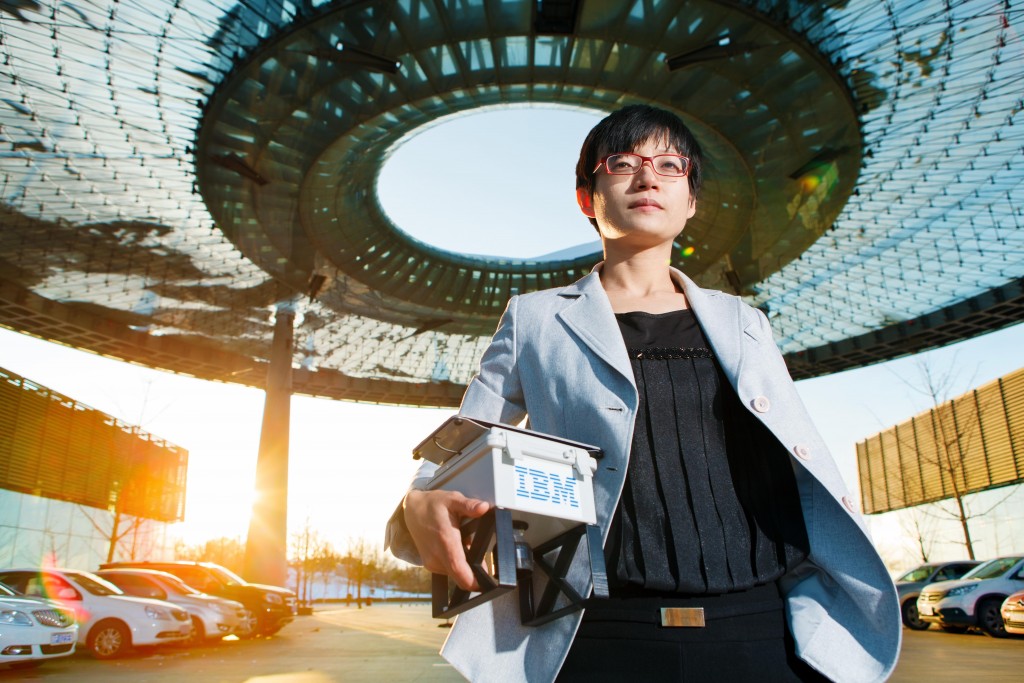 Energized by this early success, we’re now going global. For starters, city governments in Johannesburg and Delhi are working with our researchers in South Africa and India, respectively, to apply learnings from the engagements in China while pushing our work in new directions. We have an agreement with the Delhi Dialogue Commission to help address Delhi’s air pollution challenges and we have launched a pilot program with the City of Johannesburg and South Africa’s Council of Scientific and Industrial Research to model air pollution trends and measure the effectiveness of the city’s intervention programs.

This kind of engagement by government and business leaders promises to help take on the world’s daunting environmental challenges. It shows that people at all strata of government, industry and society can put those technologies to work and make real progress. To us, this looks like a grassroots movement to save the planet.