Classical computing has served society incredibly well. It gave us the Internet and cashless commerce. It sent humans to the moon, put robots on Mars and smartphones in our pockets. But many of the world’s biggest mysteries and potentially greatest opportunities remain beyond the grasp of classical computers forever.

To continue the pace of progress, we need to augment the classical approach with a completely new paradigm, one that follows its own set of rules. It’s called quantum computing. Herman Mashaba, Mayor of Johannesburg and the chief executive of the City Council, holds an IBM Q chip at the IBM Research lab in South Africa.

This is made possible by controlling and manipulating the electrons under very specialised conditions (including under extremely cold conditions, close to absolute zero, -273.15 C). This quantum mechanical control includes three essential concepts: superposition, exponential combinations and measurement.

Quantum computers are built on the principles of quantum mechanics, the complex and fascinating laws of nature at the microscopic level. These laws have always been there but their weirdness can only be harnessed under extremely delicate conditions outside of which the strange effects remain mostly hidden from view.

With rapid progress over the last couple of decades we are entering a new era of computing and Africa needs to act now. We need to educate, we need to skill up and we need to brainstorm around the most pressing African use-cases.

Why Quantum Computing is important for Africa

It is widely believed amongst scientists that Africa is the cradle of humankind. Humans first appeared between around 300,000 and 200,000 years ago, but only left Africa around 70,000 years ago (to select the largest of multiple waves of migrations).

During these periods and up to the present day, genetic diversity has been increasing, with the net result that Africans still have more diversity than the rest of the world combined. Such diversity is a treasure chest of genetic information. This includes the ability to more easily infer the role of different genes (by averaging over more varieties) and also discovering natural immunities to diseases.

Furthermore, in the age of personalized genetic medicine, solutions for one population group don’t necessarily help another. This all points to the need for us Africans to mine the jewels of our own genetic heritage using the latest techniques for genetics and drug discovery. Quantum computing promises to open exciting new avenues of research in this area.

Our genetic heritage is only one surprising natural resource that Africa has — another is the clarity of our night skies at high altitudes. This won Southern African countries the prestige of being selected to host the future world’s largest radio telescope, the Square Kilometre Array (SKA). 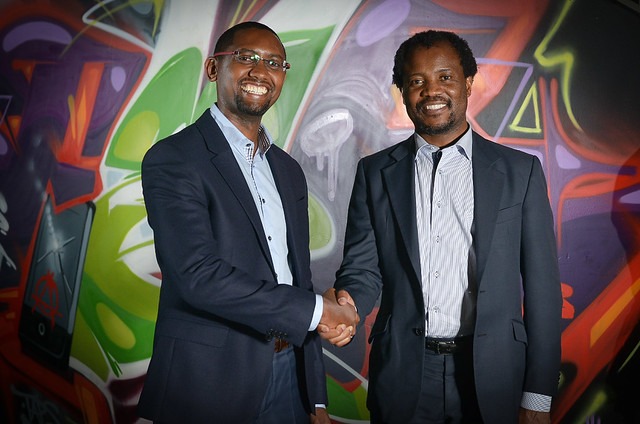 African and global scientists who come to Africa to use the SKA should participate in the processing and interpretation of SKA data on African soil, with all the local spin-off benefits coming to Africa. Indeed, this is part of the reason for having local supercomputing facilities on the continent.

Quantum computing also promises to solve physics simulation and pattern discovery problems relevant to the SKA that complement the power of the classical supercomputers. The quantum computing expertise that must be fostered to fulfill the goal of beneficiating the raw data would also have local spin-off benefits for Africa.

The last African-specific reason justifying investment in quantum computing are the future security implications. Quantum computers have the long-time horizon potential to crack certain types of encryption we use to safeguard transactions. There are classical solutions to being Quantum-safe and it would be prudent if Africa had local expertise. Such advise would steer the middle path between complacency and unwarranted hype and alarm.

Sometimes the question is posed, that while the vision to diversify and nurture local expertise may be well founded, do we have the raw talent? Fortunately, in South Africa we have a history of innovation in quantum physics to draw upon (for example, the Nobel prize for the invention of the CAT scan) and even recent surprising successes in the already mentioned supercomputing field, which is strongly intertwined with quantum computing. Over a recent four-year period, the South African Supercomputing team were three-time world champions in the International Supercomputing Competition.

One of the most promising indicators that Africans should move quickly and invest in nurturing the skills around the burgeoning field of quantum computing is that there is already a long history of academic activity in South Africa. For example, the Chris Engelbrecht Summer School in Theoretical Physics has had as its main theme, Quantum related fields, since the 1980’s and there are well established research groups, including those led by: Prof. Andrew Forbes, Wits University; Prof. Francesco Petruccione, University of KwaZulu-Natal and Prof. Hermann Uys, Stellenbosch University.

More recently, Maria Schuld, at the University of KwaZulu-Natal, was a runner-up in the IBM Quantum Best Paper Award.

This is what gave IBM and Wits the confidence to bring quantum computing to Africa, to enable African researchers to keep abreast with cutting edge developments in this extremely promising technological field. And by leveraging the African Research Universities Alliance and its additional 15 university members we can be bold and optimistic.

To jump-start the learning and community building process IBM Q is hosting an invite-only Qiskit Camp in South Africa this December for 200 quantum researchers and computer scientists where they will learn in an immersive environment and receive hands-on training.

In summary, my fellow Africans, let’s get quantum ready.