For all the jargon in the world of business transformation, Robinson, Managing Partner for IBM Services at IBM, distils the concept: how do you create a self-thinking enterprise that can look at industry disruption opportunities in a new way by aggregating datasets and applying artificial intelligence and cognitive tools across the top?

“Data is the new natural resource,” Robinson says, “so you need to think, ‘now that I’ve aggregated that, how do I get something useful out of it?’”

In the past, when looking at datasets much of the focus has been on the aggregation of internal data. But now, adding a layer of external data, such as from the Internet of Things sensors in a manufacturing plant or weather information, is where the truly valuable insights can be found, Robinson says.

In demonstrating the potential, he cites an example from the US-based multinational retailer Walmart.

In trying to better forecast a store’s sales, Walmart brought in IBM to look at narrowing some of its data gaps.

Robinson says one of the retailer’s problem statements was that it was really good at predicting sales in a store until it was not.

Seeing an unexplained spike in berry-flavoured Gatorade sales, Walmart and IBM aggregated a range of external data and established there had been a newspaper article in The New York Times about the 10 best hangover cures. Berry Gatorade and bananas topped the list.

Looking at the data, banana sales appeared to be spiking at the same time. Putting those two pieces together, they then looked at event data and figured out the spikes were occurring when football games were on.

“[Walmart] reconfigured stores on football game days to sell beer, chips, bananas and berry Gatorade at the front of the aisles,” Robinson says.

As a new generation of game-changing technologies come into play – IoT, 5G, artificial intelligence and blockchain among others – they bring with them new potential for industry disruption.

The essence of leveraging these technologies comes back to one question for Robinson: “Now that I’ve got that, what could I do that I couldn’t do before?”

In July 2018, a joint venture between IBM and Maersk launched TradeLens, a platform built on blockchain technology. It has transformed the entire shipping industry.

When first looking at potential new applications of blockchain, IBM saw shipping as a natural fit.

“If you take ocean shipping, for example, there’s $US16 trillion in goods that are shipped internationally each year and 80 per cent of that is sea freight,” Robinson says.

“The number of events and the paperwork that goes out is just massive. So, you’ll have documents like your packing lists, your declarations, your prepaid invoice, your certificates of origins. All of this stuff goes with a container and there are about 43 different documents provided by a range of different parties.

“So, we looked at it and said, ‘how do you want to digitise that?’”

He says that before digitisation, if a shipping container arrived at a port without a hard-copy fumigation certificate, as an example, it would be held up for an extended period of time, and with the 40 or so different bits of paperwork needed, a range of scenarios could cause this sort of delay and additional cost.

In digitising the process with blockchain, permissions could be controlled and whoever needed to see particular documents could do so.

“The logic of the approach was to aggregate these documents in the life of a shipment, and have the milestones matched against that in a shipment,” he says.

“As a neutral industry platform, TradeLens offers supply chain visibility, ease of documentation and the potential of introducing new products on top of the platform,” Clerc says.

“These attributes bring new opportunities for the Maersk transformation towards becoming an end-to-end container logistics company improving the experience and services we offer customers.”

Robinson says the growth of TradeLens has been exponential. “We think we’ll do about 7 million events this year on TradeLens and about 5.5 million documents.”

As far as unlocking the full potential of blockchain, he says: “I think we are maybe two or three per cent in.”

“It won’t solve everything but the characteristics of what it’s good at is when you have multiple players involved and need secure transactions, and when you need visibility but controlled visibility. When you come up with those scenarios in business, it’s a great solution for it.”

Originally published by News Corp on The Australian. 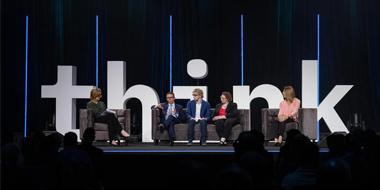 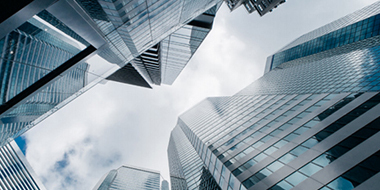 Technology and Ecosystems: What next for ANZ’s regulated industries in the race to transform?

Author: Jason Price, Vice President, Technology, IBM Australia & New Zealand Just over three months into my new role leading our Technology Sales organisation in Australia and New Zealand, and spending a lot of time listening and learning from colleagues, clients and partners, I’ve been struck by what an important juncture we are at in […] 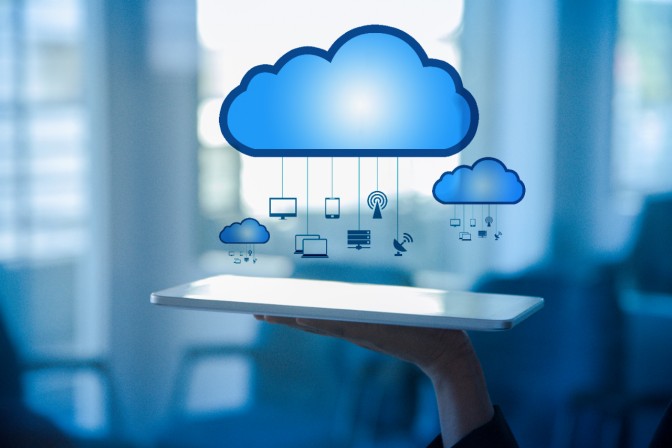 Where are you on your Journey to Cloud?

Author: Dev Mookerjee, CTO Red Hat Synergy, Asia Pacific, IBM Global Markets Chances are last year you were working from home with a broadband connection being your work and social lifeblood. You have likely spent more hours meeting people on Zoom, Webex, Whatsapp, BlueJeans or other video conferencing applications than ever before. While we all […]