Watson Summit London 2017: Highlights from the Festival of Disruption

Formula 1 cars, astronauts, more technology than you can poke a stick at and candy floss; lots of candy floss. These were just some of the highlights attendees were treated to at last week’s Watson Summit in London. In the five years that I’ve been working in the industry, I’ve honestly never seen so much buzz at a corporate event before. The public reception, both in-venue and on social media was incredible; kudos to the team that put it on.

Attendance was as high as the anticipation. People were quite literally still queuing out of the door by the time the first key note was due to start. So, what was the event about, you ask? A great question, inquisitive reader. Allow me to explain.

Coined the ‘Festival of Disruption’, Watson Summit London was IBM’s opportunity to demonstrate to the world how cognitive technology, like IBM Watson, can empower people and businesses to with the data and knowledge to stay ahead, engage with customers in new ways and protect both themselves and their customers from emerging cyber threats. Ultimately, with so many new companies emerging every day, and older companies reinventing themselves, the summit sought to bring to light how technology can disrupt in a complex, ever-changing environment.

The speakers lined up fitted the bill perfectly. Think being prepared for disruption is challenging? Try being the Commander of the International Space Station. If you don’t have time for that, the next best solution is to speak to someone who’s already filled those [space] boots. Introducing Chris Hadfield, who delivered the opening keynote from the perspective of someone who must prepare and react quickly to anything. After all, when you’re 400km off the ground and something goes wrong, “Houston is just a helpdesk”. He exhibited a stunning talk on managing complexity and change, which culminated with an unplugged delivery of Space Oddity and a standing ovation; the first my colleagues and I had ever witnessed at a corporate event and deservedly so.

The topics and stories ranged from inspiring to emotive, from emotive to awesome (that’s awesome in the real, untainted sense; not the kind your teenage son refers to when there’s a sale on at Topman). From how Wimbledon is using IBM Watson AI to power highlights, to how The Weather Company is helping businesses act against the most pervasive disruptor on earth – the weather. Watson was even used live in Jeremy Waite’s key note to gauge the emotional mood of the audience based on content from their social media activity during the day.

Between and in tandem with the keynotes, delegates were also offered the opportunity to see some of the technology for themselves in the area dubbed the ‘Playground’, which included heaps of virtual reality demos, as well as engage in Chatham House-style debates in the ‘Fishbowl’ on topics ranging from cloud computing and AI to cybersecurity and blockchain. The full agenda can be viewed here.

I’m incredibly encouraged to hear my approval echoed by other delegates from all sorts of backgrounds and I’m sure people left the building last Tuesday sufficiently inspired to start building their own stories on being disruptive. I look forward to hearing them all at next year’s event, where it would seem the bar has been set pretty high. Which brings me to my last point.

IBM’s signature UK event returns on 14th November 2018 in the form of Think London and registrations are now open! It promises to be even bigger, better and bolder. We were at full capacity for Watson Summit 2017 and we’re expecting equally high demand in 2018. If you’d like to guarantee your place, make sure you register as soon as possible. 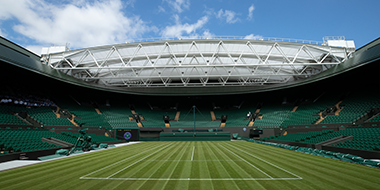 Over at a well-known tennis club in SW19, the mood is celebratory. Not only because this year Wimbledon is back to unrestricted access for fans for the first time since 2019. But June 2022 also marks the centenary of Centre Court in its current location at Church Road. A special exhibition has been curated for […] 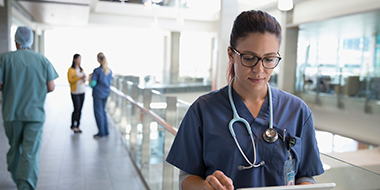 Connected devices can transform care delivery for patients and improve outcomes. Putting patients at the centre of a care ecosystem which is more participative and personalised will improve patient engagement, health outcomes and the productivity of healthcare delivery: Designing the digital experience with patients and carers will enable a transformation in the way devices are […] 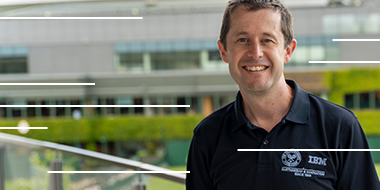 This is Simon. Creating digital architectures.

Hi Simon, lovely to meet you here at Wimbledon today, can you tell me a bit about your current role at IBM? I have two roles at IBM. Firstly, I’m the Chief Technology Officer for our IBM Consulting work with HSBC. Secondly, I lead the technical work at Wimbledon, preparing for the Championships and […]