This is Simon. Creating digital architectures.

Categorized: This is my IBM

Hi Simon, lovely to meet you here at Wimbledon today, can you tell me a bit about your current role at IBM?

I have two roles at IBM. Firstly, I’m the Chief Technology Officer for our IBM Consulting work with HSBC. Secondly, I lead the technical work at Wimbledon, preparing for the Championships and acting year-round as a trusted advisor to the IT director at AELTC.

And when did you join IBM and what led you to be here?

I joined IBM back in 2004. I first experienced IBM when I was working for another company and a team of IBM consultants came in to deliver a specific project. It gave me an insight into what IBM was like and I decided I really wanted to join.

We’re here at Wimbledon and there’s lots going on. What are you focused on right now?

Planning for Wimbledon is a lot like a wedding. You do lots of big picture planning beforehand and then, as we approach the Championships, we focus on the smaller detail, making sure all the right people and processes are in place.

With the club’s motto being ‘In pursuit of greatness’, what innovations are you involved with delivering this year that will help them achieve this?

For me, ‘In pursuit of greatness’ means two things. Firstly, it’s those little incremental improvements that we deliver each year. Secondly, it’s the big wow factor things. For us this year, that is all around the Power Index, using AI and enabling fans to join the conversations and get involved in player predictions.

With imagination and creativity being so important to us at IBM, can you think of the last time you used your creativity to inspire change?

About 4 weeks ago I took a group of people from AELTC to Boston to take part in a workshop with AI scientists as part of our IBM/MIT partnership and we looked at how we could apply cutting-edge AI to the data collected at Wimbledon.

What makes you most proud about IBM’s role at Wimbledon?

I believe IBM’s partnership with Wimbledon is unique. I’m typically on site here a day a week all year, working side by side with the club. You are able to understand what they are trying to do and the way they work and it really allows you to bring the best of IBM to play.

I love Wimbledon and to be able to come here is such a privilege. I also love to understand how things work behind the scenes. To be able to do both those things together creates a fantastic experience.

Are there any other projects that stand out as the most exciting that you have worked on during your time at IBM?

I worked with the Nationwide Building Society creating their internet bank, mobile bank and even a watch-based piece. It was new at the time, it was the bank that I used and it gave me a great sense of pride to have built something that my family and friends used. From an innovation point of view, I also worked on developing an Instant Checkout using RF ID tags which was really exciting.

What’s the most surprising aspect of your life at IBM?

What has struck me over the last few years is how actively we are encouraged to bring our whole selves to work. It is great when senior leaders open up on topics such as mental health and throughout lockdown, as a parent, there was no need to hide the fact that young children were around when working at home.

And finally do you have anyone who inspires you on a day to day basis?

Perhaps an interesting character, but for me, it’s Elon Musk for his audacious goals like creating a reusable rocket and autonomous, eco-friendly cars.

Kurt Geiger: walking their way into the digital era

More This is my IBM stories 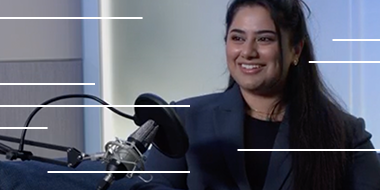 This is Tara. Creating Next Gen Leaders

Welcome to episode 6 in our interview series, This is my IBM. This week I talk to Tara Suran from IBM Consulting. Tara shares more on her journey as an apprentice at IBM, what she is learning about herself along the way and how excited she is to be stepping onto the property ladder for […] 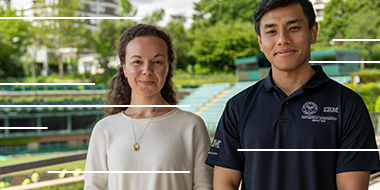 Welcome to episode 5 in our interview series, This is my IBM. This week I talk to Prabhat Gurung and Jocelyn Pearce who are both part of IBM’s delivery team at Wimbledon, responsible for the data and insights captured and distributed throughout The Championships. They share what they love most about working at Wimbledon, some […] 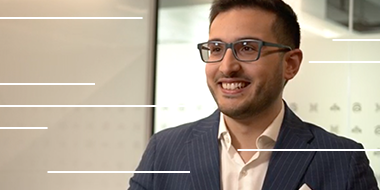 This is Gian. Creating brighter futures.

Welcome to episode 3 in our interview series, This is my IBM. This week I talk to Gian Mario Deluigi, from our Software sales team in IBM Ireland. Gian explains more about his role in business development, how he continues to learn new things at IBM and his passion for mentoring local students to help […]