Of all the new technologies that have come to prominence over the past decade, none has received more attention—or more hype—than blockchain. However, it’s only now that the cryptocurrency bubble is deflating that blockchain’s true potential value for businesses is coming into focus.

At IBM, one of the key blockchain “centres of gravity” is for companies in the retail and consumer products sector. With strict regulations around product safety and increasing public concern about ethical sourcing, traceability and transparency have become board-level priorities— but most companies still have limited visibility of the extended supply chain beyond their immediate suppliers and customers.

This is exactly the type of challenge that a permissioned blockchain can solve. By enabling all the companies within a supply chain to selectively share data safely in a secure, governed environment, blockchain technology makes it easy to track every individual product through every touchpoint on its journey from the farm or factory to the point-of-sale, without compromising commercial confidentiality.

Do you know where your products come from?

We first recognised the power of blockchain in this context when Walmart’s Vice President for Food Safety challenged his team to identify the source of a package of mangos. It took them six-and-a-half days of looking up database records, checking paper documents and calling suppliers. We ran a pilot in parallel, using blockchain, that asked the same question – the result was a solution that could achieve the same result in 2.2 seconds.

2.2 seconds is not the important figure – what’s important is the potential for secure, permissioned collaboration across organisational boundaries. We proved that we could shine a light through the supply chain using blockchain technology. While the original pilot was built to facilitate faster, safer and less costly food recalls, the foundational connectivity had a broader suite of applications that could significantly benefit retailers and consumer product companies and the supply chain that supports them.

We saw so much potential that we decided to invest in building a platform that would solve the technical challenges, connect the entire industry, and make blockchain applications easier to develop. Today, that platform is known as IBM Food Trust, and we’re working with major global partners to prove the concept on a global scale.

But does it scale?

This all sounds good in theory, but will it work in practice? Can a blockchain ecosystem really scale beyond toy projects and small pilots? Surely it will only work if you can get every company in your supply chain on board—and that seems like a big if!

Like any heavily hyped technology, blockchain has its share of detractors—and in many cases, their reservations are justified. But our experience shows that supply chain adoption isn’t as big an issue as many critics suspect. To make a blockchain network successful, it will certainly need a critical mass of organisations to join it, but that critical mass can range from a handful of companies to an entire industry, depending on the use case.

Telephone networks serve as a good analogy. If there was only one telephone in the world, it would be completely useless; if everyone owned a phone, the utility of the network would be obvious. But what about somewhere in the middle? Is there value in a network of two phones?

The answer is, it depends on the use case. A network of two phones might be enormously important if one is in the White House and the other is in the Kremlin – as was the case during the Cold War – the use case being the ability to talk to your adversary before pressing the red button. Similarly, a blockchain with just a few participants can deliver value if it’s designed for a well-defined purpose.

For example, Golden State Foods (GSF) is a supplier to some of the world’s largest restaurant chains.  When a major client decided to switch its burgers from frozen to fresh meat patties, GSF needed to rethink its traceability strategy to ensure that the beef in its patties was always stored at safe temperatures during its journey to the restaurant. By identifying its key suppliers and logistics partners and enabling connectivity through IBM Food Trust platform, we built a custom application that integrates temperature data from IOT sensors creating an immutable, tamper-proof record of food safety throughout the entire logistics cycle.

Highly focused use cases with a subset of partners return tactical value to your organisation. This evidence is important to give you confidence in the return on investment. You may end the journey here – satisfied that your two-telephone network is fit for purpose. However, it is important to keep an eye on strategic direction – how might functionality, applications, and ecosystem participation scale to drive incremental value.

From tactics to strategy

It’s also important to recognise that blockchain enabled solutions, IBM Food Trust included, are generally platforms rather than products. While Food Trust includes built-in support for common use cases such as traceability and certification management, those applications are merely a starting point to ensure that clients can meet immediate tactical requirements and achieve rapid ROI. The more significant long-term opportunity is to use Food Trust as your platform of connectivity and leverage that connectivity for an expanding array of applications and unlocking exponential value.

For example, Carrefour has started its journey with Food Trust by providing visibility on chicken and eggs to consumers; when the chickens were hatched and how they were raised for example. However, the connectivity required to deliver this can be leveraged in subsequent phases for operational visibility to optimise their logistics fulfilment. Here we can see two valuable applications leveraging the same blockchain connectivity.  A single platform can both return tactical benefits to the organisation and be the strategic foundation for further innovation and value.

To learn more about how IBM is harnessing blockchain technologies to help clients build networks of trust, visit IBM Food Trust web page , or reach out to Eoin.Connolly@ibm.com  to start the conversation.

AI and Banking: Competing with total trust and zero bias 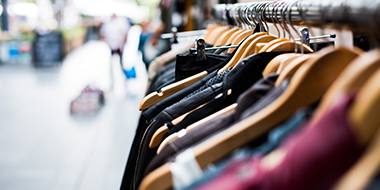 By Joseph Kearins and Mary Wallace on 13 February, 2020

Finding the right fit: why AI is the solution to the sustainable fashion crisis

From personal recommendation engines to augmented reality fitting rooms, there is no doubt that emerging technologies are transforming the world of fashion. But there is a sustainability crisis casting a shadow over the industry and at this month’s London Fashion Week sustainability is going to be a hot topic – the British Fashion Council’s theme […] 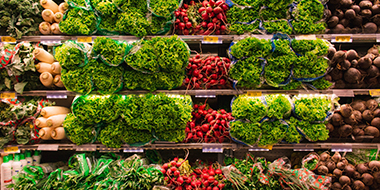 Who Said Stores are Dead, Long Live the Connected Store…

As a repeat attendee at NRF’s Big Show in New York, I have seen a notable shift in theme from “omni-channel retailing” to the “Connected Store”.  With retailers putting more and more connected devices and technologies in the store, and industry suppliers embedding AI in evolving solutions, it’s apparent that retailers have a wealth of […] 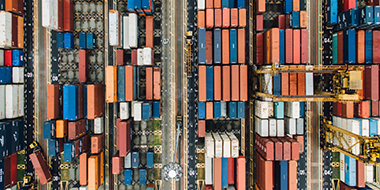 Understanding visibility in a time of change

From inventory levels to trade barriers, awareness of the position and flow of your supply-chain is more valuable than ever Supply-chain professionals who are looking for new technologies to lower costs and increase profits are bombarded with one term more than almost any other: visibility. It’s the catch-all buzzword in supply chain, but its meaning […]