IBM has recently launched the first Power10 server. A new generation of servers, which due to changes in structure, components and functionality, provide significant improvements in terms of performance, computing power and energy consumption. These servers are paving the way for a more sustainable and flexible business based on a hybrid cloud.

But what is the secret behind these servers: what are the main technical changes and the benefits of this? In this article Tonny Bastiaans, Technical Advisor Power Servers IBM, and Albert Verhoeff, Sales Manager Hardware Platforms IBM, zoom in on the new Power10 server.

When developing the Power10 processor, IBM chose a new strategy. “Most manufacturers try to put more gigahertz in their processors to improve performance. This makes the processors faster, but also produces more heat. This requires more cooling, which increases power consumption,” explains Bastiaans. To overcome this, IBM has opted for a different processor structure with a 7 nm chip. “This increases performance but reduces energy consumption: the Power10 is 50% faster than its predecessor and 33% more energy efficient.”

IBM has equipped the Power10 processor with a Matrix Math Accelerator (MMA). This built-in technology provides ten, fifteen and twenty times faster AI inference for P32, BFloat16 and INT8 calculations per socket respectively. This means faster and more accurate results from AI applications. To improve performance, Power10 also has Power Expert Care Service. This functionality checks the coherence between software and hardware. In other words: is the software so well attuned to the hardware that performance does not suffer?

Data is no longer the bottleneck

“It has often been said that data is the new oil. Like oil, you have to refine data before you can use it: you have to be able to quickly filter useful insights from large amounts of data. This requires computing power,” concludes Bastiaans. Power10 offers this computing power. Through its processor with built-in memory and through Memory Inception, which allows memory to be shared across different systems. “This is a unique feature which is ideal for large data users such as SAP and SAS applications. It allows organizations to cluster memory to accelerate data-intensive workloads. The same is the case with AI: the AI model comes to the data instead of the data to AI.”

Flexibility and agility are top priorities for most organizations today. The 2021 IBM CEO Study shows that 56% of CEOs regard the improvement of ‘agility and flexibility’ as an important goal for the coming years. In fact, 37% say the pursuit of agility takes priority over other business goals. This need for agility is fueled by two main reasons. Firstly, the increase in working from home. Organizations want to enable their employees to work anywhere and anytime, preferably with the same applications, data, security and speed as in the office. Secondly, companies want to be able to respond quickly to business demands. Both reasons require a flexible cloud infrastructure, in which data can be quickly processed and shared.

What makes Power10 so flexible? On these servers you can run, in addition to IBM AIX and IBM i OS, the most common Linux distributions. The Power10 systems are also optimized for Red Hat OpenShift, a layer between software and hardware which uses open standards. As a result, users are not tied to an operating system and software with associated vendor lock-in, as is the case with, for example, Oracle. Pay-per-use is also possible with Power10. “You can scale up and down by the minute,” affirms Verhoeff. “That’s easy if, for example, you need a little more capacity and computing power for an end-of-month statement. You decide what kind of Power10 server you need and whether you want to purchase capacity on-premise or in the cloud. You buy credits for this, which you can use as you see fit.”

In addition to savings through pay-per-use and scaling up and down, the Power10 offers cost benefits through its performance. Container workloads are processed 4.1 times faster on these new systems than on an average Intel server. “As a result, you need far fewer servers to run the same workload,” Verhoeff discloses. “This also means four times less floor space and four times as few software licenses. For example, for operating systems or business-critical applications that run on the servers such as Oracle or SAP this server quickly pays for itself”.

In terms of energy consumption, this cuts both ways. On the one hand, fewer Power10 servers can handle the same amount of workloads as most conventional servers, which means that the energy consumption per workload is much lower. On the other hand, a Power10 server uses 33% less power than a Power 9 server and 52% less than a Power 8 server. This is due to the processor construction outlined earlier, which releases less heat – and therefore requires less cooling.

Because of its energy-efficient operation, Power10 can provide many organizations with substantial cost savings and a significantly lower footprint. In a study, IBM compared the footprint of Oracle Database Servers on Power10 with Power 9 and Intel servers. Two Power10 systems can handle the same amount of Oracle workloads as 126 Intel or 3 Power 9 servers. To do this, a Power10 server uses 20 Kw of power compared to 30 Kw for a Power 9 and 102 Kw for the Intel servers. Translated into licenses, a Power10 requires 628 fewer licenses than Intel servers for the studied Oracle workloads.

Like its predecessors, the Power10 is built for maximum reliability, availability and serviceability (RAS). “How do I build a stable system? How do we deal with potential problems without this having a major impact on business? We incorporated this into the design,” discloses Bastiaans. The availability of Power10 is 99.999%. This means that this generation of servers has 25% less downtime than comparable products. Part of the reason is the built-in recovery and self-healing functionality for redundant infrastructure and disaster recovery in the IBM Cloud.

When an organization switches from an earlier generation Power server to a Power10 server, applications can continue to run. This also contributes to high availability, as does minimal downtime of the servers themselves. As with all IBM systems, they specifically focused on minimizing downtime when developing Power10. “Outdated legacy systems turned out to be the main cause of server downtime,” explains Bastiaans. “Because old hardware also often runs an outdated operating system, which lacks updates and security patches. This makes an environment vulnerable to cybercrime and increases the chance of downtime.” That was one reason to provide Power10 with additional security in the form of encryption in the core and with the Expert Care Service.

More home working requires appropriate security, especially for corporate data that goes back and forth between servers and devices. Instead of network security, you can also better protect the company data itself. Encryption is a smart method. Power10 is equipped with Transparent Memory Encryption for this purpose. Data is encrypted by crypto engines in the processor core, where the memory is located. This method works four times faster than average encryption. Verhoeff: “That’s not only good for application performance and the speed of working from home, but also with a view to the future in which we will be using Quantum computing more often. Because the more the data has to be encrypted, the greater the speed gain of encryption in the core.”

It should be clear: the secret of Power10 lies in several aspects; the memory and data encryption in the core, Red Hat OpenShift as an open middle layer and the pay-per-use model for server capacity. But what especially stands out are the future business opportunities that Power10 paves the way for; the flexibility of a hybrid cloud, year-on-year increasing cost savings on licenses, floor space and energy and ultimately a sustainable business with a smaller footprint. And all of this is relatively easy to realize by switching to Power10.

Would you like to know more about the security performance of IBM Power servers compared to similar products? 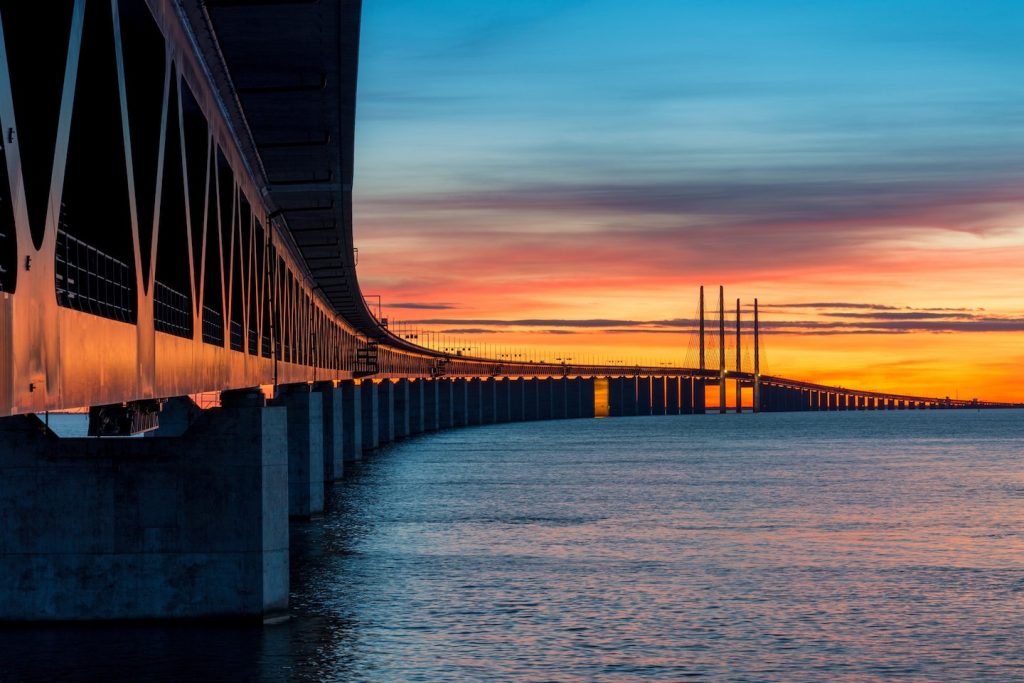 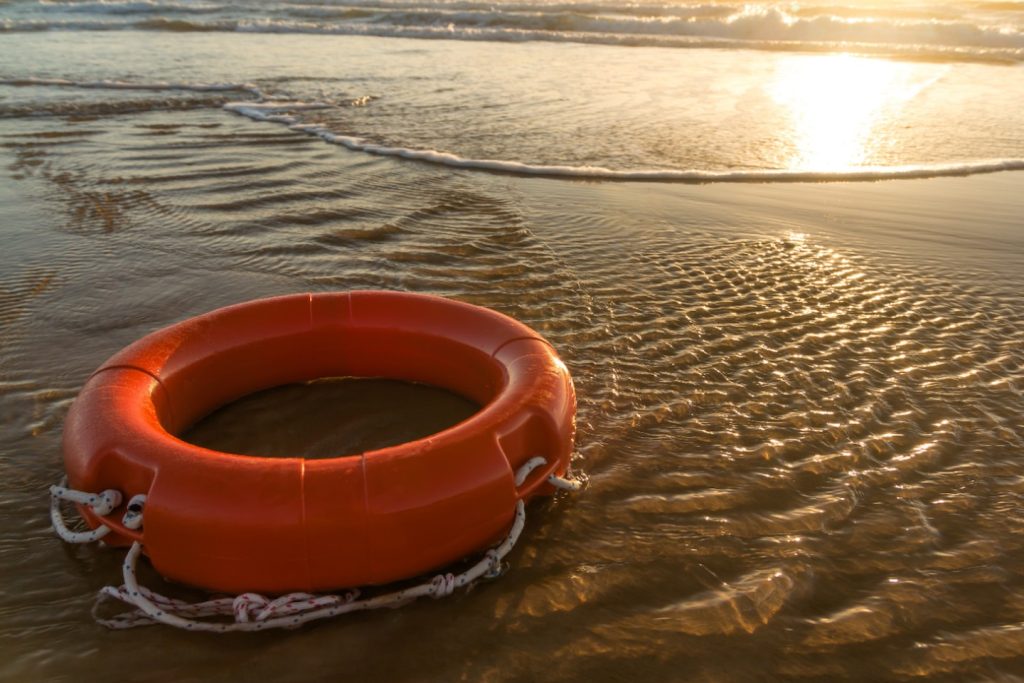 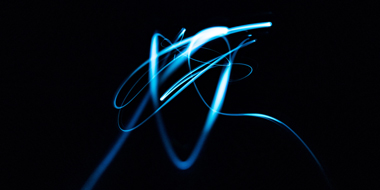 Data analytics and AI are more than just buzzwords when it comes to research and innovation. From handling big data to uncovering new insights, data analytics and AI have proven their value time and time again at LIST.   Introducing LIST LIST, also known as the Luxembourg Institute of Science and Technology, is a […]