City ‘Congestion Pricing’ Helps Commuters Out of a Jam 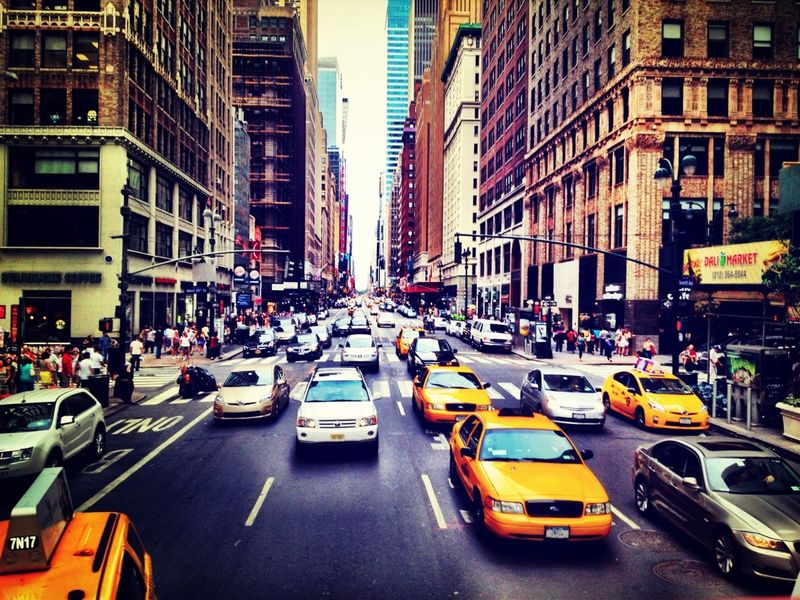 More people than ever are living and working in cities – and that’s becoming a problem.

All those people need to get around, and our transit systems, after years of underinvestment, can’t handle the load. Frustrated by poor service, more people are opting to drive instead, or take an Uber or Lyft. The result? Traffic, and lots of it.

In response, cities are looking to congestion pricing — charging a fee to use roads in times of great demand — as a way to mitigate traffic congestion and fund critical investments in infrastructure and transit. By levying a fee on vehicles entering an urban zone, city congestion pricing places a premium on roadways and gives motorists a reason to consider carpooling, public transportation and change the time of day when they commute.

Singapore, Stockholm and London have each instituted congestion charging, and officials and motorists in those cities have mostly good things to say about it. Officials in New York City have been looking to those cities as they prepare to charge vehicles to enter busy parts of Manhattan in 2021. Los Angeles, Philadelphia, and Boston are also considering congestion pricing, and they won’t be the last as urban areas fight the economic and environmental effects of crippling traffic.

Congestion pricing already exists, in some form, in many U.S. cities. The two most common types are variably priced lanes (think express toll lanes or high-occupancy toll lanes) or flat tolls for using a road or bridge (such as the New Jersey Turnpike or the Golden Gate Bridge). New York will be the first U.S. city to implement cordon area congestion pricing, wherein a municipality restricts access to an area, usually within a city center, and charges vehicles to enter it. New York City officials have yet to finalize a plan, but early reports suggest that it would use a combination of tag readers and license plate readers to identify vehicles driving through Manhattan south of Central Park and charge vehicle owners a toll likely north of $10.

Ride-hailing services have contributed to the challenge. A recent study from New York City’s Department of Transportation found that ride-sharing networks such as Lyft and Uber make up 30 percent of total vehicle congestion in the city. The study lends further reason for officials to consider special charges for such services; even a small percentage reduction in traffic from them could contribute a noticeable improvement for everyone else on the roads.

Another key reason: the public transit system is decades old and needs a major investment to meet the needs of a city bursting at the seams with growth. Revenue from congestion pricing, which New York expects will raise $15 billion, can help the city pay for improvements to public transit, and raise the level of service to a point where more people prefer to take trains and busses. Such investments are expected to drive an increase in mass transit ridership that could yield New York as much as an additional $500 million in annual revenue.

By making traffic less of a nightmare, congestion pricing also clears a path to economic growth. Workers fed up with long commutes, which can stretch to two or three hours, often move to less dense metropolitan areas with easier commutes, and lower housing costs. According to the US Census Bureau, the Northeast has lost at least 200,000 residents annually for three years in a row, with the trend accelerating.

They won’t be as quick to flee if they can shorten their commutes without having to move.

Now that New York has the green light, the real work begins. Rolling out congestion pricing in an urban environment is not the same as highway tolling. Physical infrastructure needs special considerations – the community doesn’t want highway-style gantries at Central Park, and getting a plate image is a lot harder in narrow streets.

Pricing rules can also become very complex, and the added volume of toll transactions can strain billing systems that are already struggling to keep up. Paying attention to these technical challenges is critical, so bills can be accurate, and the public can become confident that the system works.

Lessons can be learned from the work IBM has performed in setting up and running congestion pricing programs in Europe, including London and Stockholm.

In London, congestion pricing helped reduce traffic by 15 percent, while reducing the extra time people spent in traffic by 30 percent. Over the same period, the population in the greater London metropolitan area increased, twice as fast as the rest of the United Kingdom.

Fewer cars on major thoroughfares also means a drop in a city’s collective vehicle miles traveled and a reduction in stop-and-go driving, which cuts fuel consumption and emissions discharges.

Stockholm worked with IBM to establish the roadside equipment, deliver the back office system, and run operations. Initially, a combination of tag readers and cameras were used. But thanks to smart plate recognition solution, the city was able to convert to using plate images, eliminating the need for tags entirely.

Technology developed by IBM matches plates to accounts and uses algorithms to identify license plate images that aren’t immediately recognizable because of poor light or a bad camera angle. The result: lower costs per transaction, with accurate billing and a reliable revenue stream.

The results were impressive and immediate: traffic was down nearly 25 percent, and train and transit passengers increased by 40,000 per day after the pilot project. After three years, the reduction in traffic wait time was 50%, 60,000 more passengers were taking public transit and vehicle emissions had dropped by 14 to 18 percent in the inner city.

After the first six years of congestion fees, Stockholm saw a 20 percent reduction in air pollution. At a time of increased concern about the environmental impact on our cities, it’s another important factor driving interest in congestion pricing.

A successful and reliable system, combined with the visible benefits of reduced traffic, actually moved public opinion to majority support. The same held true in Gothenburg, Sweden, where support for congestion pricing increased markedly after the IBM-delivered system was put in place. To the present day, these systems are still delivering congestion pricing for London, Stockholm and Gothenberg, as well as highway tolling in Europe and the Americas, for a combined total of more than 4 million transactions per day.

It’s a set of experience that city planners can learn from, to gain the support they need to deliver congestion pricing and bring relief to our traffic-weary communities.

Building Data Science Strength from Within