You simply cannot ignore the passion in Robert Hazlehurst’s voice when he talks about his job: engineering teacher at Castle View High School in Castle Rock, Colorado.

“I love teaching!” he beams. “Seeing the way their (students’) minds work, influencing their direction, and watching them thrive. To be a part of that is just…great.”

For Hazleburst, it’s all about teaching kids how to become problem solvers.

Not bad for a second act.

Before his days at the front of the classroom began in 2009, he’d earned an undergraduate degree in engineering and enjoyed a distinguished career in the technology industry. In 2007, he had been working as a manager for IBM, when he had an epiphany after some soul searching.

“I thought about the volunteer work I did with the Boy Scouts and at my son’s school, and it just hit me,” he said. “I felt called.”

He found a supportive partner to facilitate his career change in, of all places, his employer.

IBM’s Transition to Teaching program was just getting started, supporting employees as they transition from their current careers into fulfilling encore careers, such as skilled science and math teachers. A shift in vocation takes time and training, so IBM helps underwrite the costs associated with earning a teaching certificate. Employees are eligible for a total of $15,000 for tuition reimbursement or stipends for up to a year of field experience.

The idea to take IBMers from the boardroom to the classroom has its roots in the needs of communities across the country.

The program came about as the United States found itself in the throes of a teacher shortage. Significant numbers of teachers are retiring. At the same time, enrollment in teacher preparation programs have been slipping by as much as 35 percent, according to the Learning Policy Institute. IBM forged partnerships with many colleges and universities, state education departments and public school districts to help shape the program.

Once enrolled, Hazlehurst began the two-year process of completing a graduate degree in education and earning a Colorado teaching license. While there are some aspects of corporate life he misses, he’s never looked back.

This summer, two of his students took first place for software development in the national Technology Student Association competition. The software the students developed is an educational simulator, which helps students learn about the stock market by accelerating and mimicking market behavior during a class period vs. over the span of watching stocks over weeks and months.

Since the last academic year, Hazlehurst has been leading an effort to get more girls involved in engineering by starting an all-girls class (in the co-ed school) and regularly bringing in women who work in engineering to speak to students.

“Thanks to the local chapter of Society of Women in Engineering, this past year we had more speakers lined up than we had available dates for them to speak. Opening kids’ minds to the possibility of STEM careers, when a lot of them haven’t thought of it, is an incredibly rewarding experience,” Hazlehurst says. 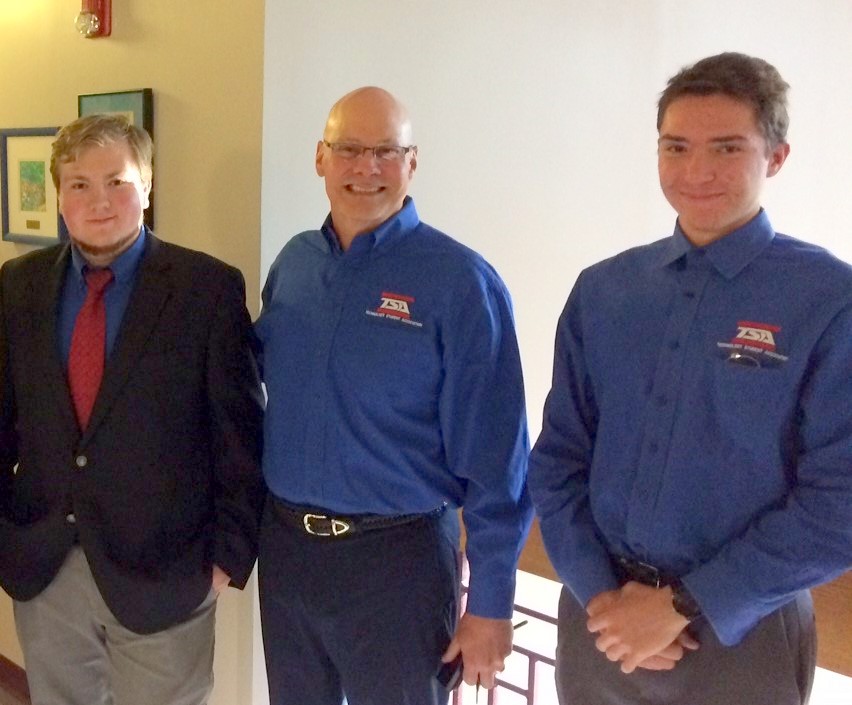 Rob Hazlehurst, center, engineering teacher and former IBMer, with J.D. Isenhart and Connor Vogel, two students who took first place for Software Development in a national technology competition. Hazlehurst is an alumnus of IBM’s Transition to Teaching program, which helped him go from a distinguished career in tech to the front of the classroom.

Perspectives is a new THINK Blog series that features stories by and about IBMers who take the “long view” – whether it’s discovering the next breakthrough, starting the next chapter in their career, or examining skills that drive the next wave of innovation.

The Digital Experience Kicks in at Atlanta United's Training Field