The Digital Experience Kicks in at Atlanta United’s Training Field

In professional sports the experiences of players, staff and fans occur well beyond the game – from game day to non-game days. And increasingly, each one of those groups demand better digital experiences, from the moment they leave their homes.

This understanding was at the core of our work to design and implement an infrastructure for the practice facility for Atlanta’s Major League Soccer Club, the Atlanta United FC (AUFC).

Having achieved similar goals with the new Mercedes-Benz Stadium earlier this year, AMB Sports and Entertainment (AMBSE), owner of the stadium, as well as the AUFC and Atlanta Falcons, was looking to create the same magic at the club’s training facility.

A key challenge for us was building an IT infrastructure for the stadium that could assess and support not just the practice games, but future needs across different type of events. This is not just any other training ground. It will also house the team’s entire Youth Academy, First-Team, and act as the team headquarters.

Our solution had to address multiple stakeholders, each with its own needs, including the sports teams, stadium management, business shareholders and, of course, the fans. For the fans, we had to address their need for constant high-speed connectivity to use their mobile devices to access social media.

For this facility, as with the Mercedes-Benz Stadium, we designed and installed a converged fiber optic technology infrastructure. As part of the solution IBM built:

The IBM solution at the Atlanta United FC practice stadium will enhance the overall team operations experience to meet management, coaches, and players’ expectations for connectivity for everything from e-commerce, entertainment options and delivery of data.

Last month, a few days ahead of kick off for the first Falcons home game, I was excited to walk through the new Mercedes Benz stadium. After years of diligent research, design, procurement and installation, we were able to experience and showcase the results of the partnership between IBM and AMBSE which will deliver a game-changing fan experience by enabling highly advanced, interactive technologies for events including NFL games, Major League Soccer matches as well as concerts and other marquee events. Now I’m looking forward to attending a practice session at the new AUFC practice facility and I hope more of the fans are too. 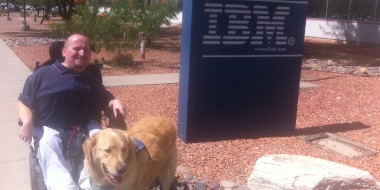 Thirty years ago, three thousand people gathered on the lawn of the White House to watch President George H.W. Bush sign legislation that finally, after years of struggle, gave people with diverse abilities equal rights and access. With the signing of the Americans with Disabilities Act (the ADA) on July 26, 1990, daily life promised […] 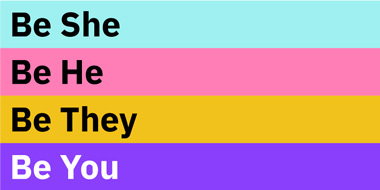 What’s in a pronoun? Does he, him, his not apply to every person who is perceived as a male? Or she, her, hers to a perceived female? In our non-binary world, they do not. For non-binary or genderqueer individuals, and those who relate to gender in a fluid way, to be misgendered can be a […] 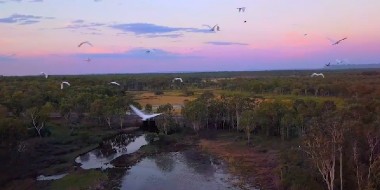 30 Years and Counting: Why IBM’s Environmental Report Matters More Than Ever

As we publish the 30th edition of IBM’s annual corporate environmental report, the world is in crisis: we are in the midst of a pandemic, a global economic contraction, and the heartbreaking persistence of racial inequality. In times like these, it would be easy for business leaders to neglect their responsibility for environmental protection, including […]