I’ve always wanted to be a large-animal vet. As a child, I was caretaker to Russell, the Dutch rabbit, two guinea pigs named peanut butter and jelly, more than 100 rats, mice and more blue-belly lizards than my long-suffering, but supportive mother could count. I’ve always felt a connection to animals and though my path lead to a career in technology, it is a great moment when those two worlds can collide. 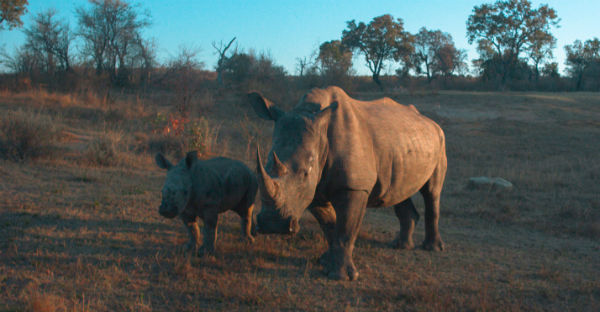 Game conservationists are battling to protect the dwindling number of rhinos in Africa.

This week we announced that MTN, a leading South-Africa based multinational mobile telecommunications provider, and the Netherlands Research Institute (NRI) are harnessing the power of IBM Cloud, Internet of Things (IoT) and predictive analytics technologies to address and reduce threats to endangered species at the Welgevonden Game Reserve in South Africa.

South Africa is home to about 20,000 rhinos, more than 70 percent of the world’s total population. From 2007-2014 the country experienced an exponential rise in rhino poaching – a growth of over 9,000% rising to a record 1,215 animals from 13, according to the World Wildlife Fund. Wild rhinos are regularly killed for their horns, which are often used in traditional Asian medicine.

In 2016, however, figures show a dip in poaching for the second year in a row, indicating that increased protection efforts are paying off. Although it is encouraging to see South Africa’s poaching levels fall, the losses are still extremely high. Law enforcement plays a crucial role in deterring poachers, however a variety of strategies are still needed to combat the scourge, including rigorous anti-poaching and monitoring patrols, community conservation and environmental education schemes, translocations, educational projects to reduce demand, etc.

By using IBM’s Internet of Things (IoT) platform and predictive analytics, NRI can now track the movement patterns of smaller neighboring animals as they respond to the presence of human intruders anywhere in the reserve, a 135 sq. mile expanse of African bush. IBM’s technologies monitor and collect information related to the animals’ location, movement, direction and average speed of travel – along with other data – over a wide range. This data is then used to develop analytic models and understand patterns, specifically helping to predict when they are in possible danger, including the threat of poachers moving through the area.

Smaller animals that comingle with the rhinos, such as zebra, wildebeest and antelope, which are easier to tag, are fitted with collars containing sensors that transmit data to IBM’s IoT platform through the long-range signal & control platform (LoRa) and a 3G network. IBM and NRI will work together to create and test algorithms for behavioral analysis which will serve as an early warning system to detect dangerous situations and enable the deployment of security personnel before an attack takes place – something that existing technologies cannot do.

There is no magic solution to the poaching crisis. It will take a mix of the best tools we have, and some new ones we can create. Having well-trained and equipped rangers is an important start. So too is a secure habitat and good rhino monitoring, so that we know exactly where the rhinos are and how they are faring. Making sure that people living nearby see and feel the benefits of conservation is another critical factor in preventing people from turning to poaching or encroaching on rhino habitats. Education is important – both in countries where rhinos live but also in Asia, where consumer demand for rhino horn is highest.

My career may have led somewhere other than life as a vet, but being part of the team that can have a positive influence by protecting this animal population has been an aspiration fulfilled.

Introducing a Fast, Simple Way to Transport Data to the IBM Cloud