One Girl’s Journey into Programming

Like a lot of high schools, mine has a wide range of extracurricular activities, from academic clubs, such as Math Honor Society, to sports teams like outdoor beach volleyball. But there’s one that’s fairly unique: an organization of driven, smart young ladies called All Girls Code.

The All Girls Code club was started a couple of years ago by our school’s computer science teacher, Seth Reichelson, and has since grown into a community of computer-savvy girls.

Through the club, we practice advanced coding skills that stretch beyond what we learn in class. In fact, Mr. Reichelson encourages us to compete in programs like the IBM Master the Mainframe, MIT/NASA’s Zero Robotics and the National Center for Women & Information Technology.

Personally, I was initially intrigued by computer science and coding when my older sister took Mr. Reichelson’s Computer Science A class as a senior. She seemed to love the class and enjoyed his enthusiasm for the subject. So, as a sophomore, knowing absolutely nothing about computer science or coding, I signed up for it.

Early on, Mr. Reichelson noticed my dedication to advancing my coding skills and told me about the All Girls Code club. When I attended my first meeting, I was amazed to see that the girls were just like me. I quickly became involved and over the next couple of years became a leader of the group.

Coding is interesting to me because there are so many far-reaching implications to successful programs. Also, I don’t think it will ever reach a plateau in growth. All of my work makes me think about the pioneering female mathematicians at NASA in the 1960s – strong, smart women who learned how to program a mainframe to develop the calculations for sending astronaut John Glenn into orbit during the Space Race. Their story is now featured in the upcoming movie, “Hidden Figures”.

It’s amazing to me that now, five decades later after that event, opportunities to use programming to solve big challenges continue to expand. As a 17 year-old who likes hands-on activities and loves to help others, I have decided that I want to be a surgeon. But I don’t want to pursue the typical undergraduate studies for a pre-med student: I want to major in biomedical engineering with a minor in computer science.

This is a departure for someone pursuing a job in the medical field, but I believe it will ultimately make me a better surgeon. I think it will prepare me to be more adaptable to medical advancements and more intellectually equipped to incorporate those advances in my work. A combination of biomedicine and computer science might be exactly what the world needs to standardize practices around the world. In fact, the convergence of cognitive technologies, like IBM’s Watson, with medical professionals already is having a major impact on the treatment of cancer patients.

With proper coding and advanced robotics, a world class surgeon might one day perform a specialized procedure from their own home, on a patient in another country! Applications are exponentially growing and with good intentions and a strong will, they can solve many problems.

With clubs like All Girls Code, more girls might be interested in computer science and pursuing a career in this fast growing, male-dominated field. If we want to address the big challenges facing our world today, we’re going to need more young women in computer science and engineering so that the best talent and brightest minds are focused on the future.

Student at Lake Brantley High School in Altamonte Springs, Fla., and an Officer in All Girls Code

Putting Watson to the Test for Cancer Care

How to Fix the Fake News Phenomenon Paving the Way for Diversity in the Decade of Ubiquitous AI

It was 2:30 a.m., and I suddenly realized I had forgotten to close the parentheses—a crucial step in the code I’d been working on perfecting for the past five hours. By this point in my undergraduate career, the University of Texas at Austin computer lab had come to feel like home. But as I scanned […] 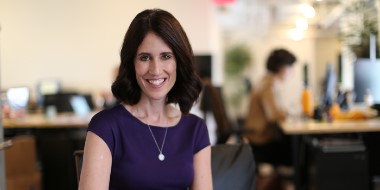