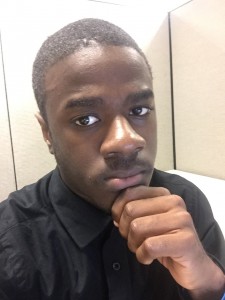 Naseer Campbell was 14-years-old when he decided to pursue a degree in computer science and technology. He’s now 18, in his fifth year of Pathways in Technology Early College High School, or P-TECH, and wrapping up his second summer internship at IBM’s Thomas J Watson Research Center in Yorktown Heights, NY.

P-TECH, an educational model hailed by President Obama for merging high school and college courses with specific focus on electro-mechanical technology and computer systems technology, gives students the opportunity to earn their high school diploma and associates degree. Campbell just completed the high school portion of his degree in June and has his sights set on finishing his Associates in Applied Sciences in December of next year.

After taking technology classes through elementary and middle school at Brooklyn’s Elijah G. Stroud, his interest never faded. He jumped on the chance to go to P-TECH when it became available during his transition from middle school to high scool.

“It’s an opportunity that nobody would pass up,” Campbell said. “P-TECH is challenging. It’s extremely different from other high schools … they treat you like you’re an adult and allow you to be on your own, while getting help from classmates and dedicated faculty.”

“Sometimes I wish I had a regular high school experience, but I love being a college student at an age most can’t.”

Campbell spent last summer learning about coding, working on IBM’s Bluemix and Internet of Things platforms. Now, he’ll put a heavier focus on coding under the leadership of last summer’s intern coordinator and mentor, Michel Sava, a senior engineer with IBM Research. He is expanding his coding knowledge past Javascript by immersing himself in Python. With this new understanding, he hopes to be able to develop his own websites and apps in today’s “API economy.”

“I want to create my own APIs, at home using Python.” said Campbell. “Becoming a software engineer is the dream.”

This summer, Sava and Campbell tackled an internal IBM problem: injecting some innovation into the IBM Research IT support ticketing system. The IT support team handle many user submitted tickets for IT assistance but often find themselves repeating procedure when IBMers share similar computer problems.

“The ticket system is very cumbersome,” Sava said. “We looked at the database and found that there are patterns. People have the same problems over and over again and I thought it might be a worthwhile exercise to look at it programmatically…to use APIs to get an idea of the most common issues.”

Sava, along with Campbell and another P-Tech intern, David Denis had an idea: work with Mac@IBM and IBM IT Help Central to find solutions to publish the top 10 IT questions of the month as a way of relieving the IT desk from repetitive requests. According to Sava, they would use Python to talk to the API, sorting through the statistics of the reported issues.

“Currently it’s a manual effort where we would need to go through and find solutions to the problems but we think we can automate it,” Sava said. The team is close to a working demo of the automated solution.

From cloud to cognitive

Last year, Sava assigned his interns to split into groups and learn about Cloud, Analytics, Mobile, Social, and Security in hopes of understanding some of the focal topics that IBM was investing in. This year, Campbell is diving headfirst into the world of cognitive computing, but with a twist. Sava wants his P-TECH interns to apply their newfound knowledge about AI to something they are passionate about. For Campbell, it is discovering what he calls “cognitive music.”

“When I knew what this summer’s assignment was going to be, Campbell was high on my list as a returning intern from P-Tech.” Sava said. “He always liked IoT and hardware, and he was always the one who would tinker with the code and play around with it. My experience with him last year was that he wants to learn and is curious.”

Campbell hopes to learn how cognitive technology can be applied to music, how music changes every day, and how it can be created using IBM artificial intelligence technology.

“It’s fun to create and edit sounds, tinkering with samples and learning about the music production process,” he said.

Campbell is beginning his research into how different artists use different instrumentals, sounds, samples and styles to develop their individual music, and he wants to see if that can be automated.

There’s a twinkle in Naseer’s eye when he talks about his cognitive music project, the teenager says he is aware of the abundance of knowledge available for IBMers to learn about.

“I like to keep an open mind. Right now, technology and coding is the hype, but something different may come down the line,” he said. “I love the idea of cognitive.”