Follow the latest happenings with Open Source @ IBM and stay in the know. 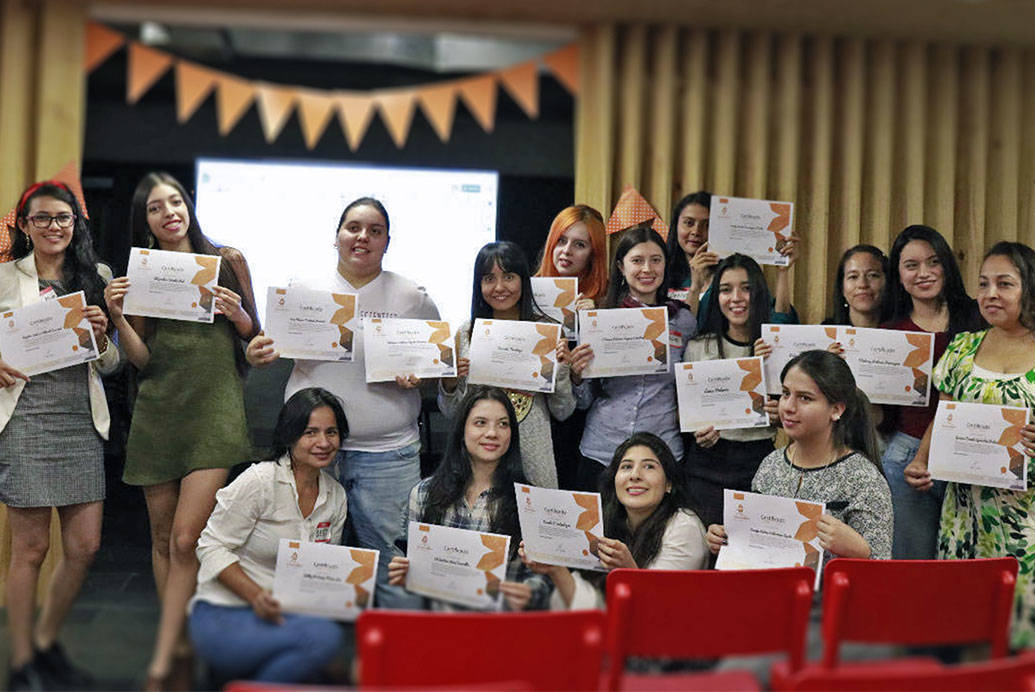 Last fall, IBM’s open source community announced a new quarterly grant to award nonprofit organizations that are dedicated to education, inclusiveness, and skill-building for women, underrepresented minorities, and underserved communities in the open source world. The Open Source Community Grant aims to help create new tech opportunities for underrepresented communities and foster the adoption and use of open source.

Today, we’re proud to share that this quarter’s grant is awarded to Colombia-based PionerasDev, a nonprofit whose mission is to create and cultivate self-managed communities for women to learn and work on computer and web programming. The organization helps women and girls in Colombia learn how to code, provides them with a supportive community to foster their self-education through events, meetups and mentorships and even helps them to find jobs in tech.

IBM’s open source community nominated many incredible nonprofits doing important work, but the community was especially inspired by the PionerasDev’s commitment to increasing the participation of women in the programming and developing space, and we are proud to be able to do our part to help it further its goals.

PionerasDev is a women-led and women-focused organization, with presence across Colombia and members across the globe. The organization, which has grown from five members at launch to over 1,200 in just three years, is rapidly growing across Colombia and creating a much-needed community of women to teach and support each other in the open source and development world.

Pioneras found that 80% of the young women they work with are poor or unemployed and don’t have access to quality higher eduation. This is a cycle they are committed to break.

Over the past three years, PionerasDev has held hundreds of free events for women across Colombia, including meetups and bootcamps as well as activations at the country’s largest tech and open source conferences.

“We believe that creating a supportive and empowering community for women and girls to learn how to code and program is a crucial first step to increasing the number of women we see in tech jobs across the country. Too often, the barrier for women to enter these web and computer programming jobs is the lack of access to resources and training, so at Pioneras we’re working to alleviate that and provide women from lower income areas with the tools and support they need to succeed,” said Marian Villa Roldàn, CEO of PionerasDev.

“We began as a small group of women focused on Node.js technology, and when we launched, the women who were joining our meetups thought they were there for digital marketing training. Coding and development weren’t even on the radar. But now, through countless events and a growing community, we’re showing women that they too can be active in the tech and open source worlds.”

PionerasDev plans to put the IBM Open Source Community Grant to use to reach and impact more women through online events and boot camps. With the state of the pandemic, a large number of the 40 scheduled events the organization had in 2020 have had to be rescheduled or changed to virtual events, so they plan to apply these resources to ensure their mission isn’t affected or slowed down due to the pandemic. Additionally, the nonprofit has plans for a special project in the rural area of Colombia and the launch of the organization’s first ever tech conference, Pionera Conference.

What is the Open Source Community Grant?

IBM has a longstanding commitment to investing in diversity and inclusion. The IBM Open Source Community Grant recognizes a nonprofit organization dedicated to education and skill building for women, under-represented minorities, and underserved communities, while also promoting open source. The grant includes a cash award ($25K) and a technology award (valued at $25K) to directly support education and career development activities. Our internal open source community votes on the winners, with Girls Who Code winning the inaugural award in October 2019 and Outreachy being awarded the second in April of 2020.