Insurance companies, like many others, rely heavily on customer service capabilities to differentiate themselves from competitors. And yet, with labor shortages and an uncertain economic forecast, many insurers are challenged with trying to conserve resources while maintaining high levels of responsiveness to customers.

The ICT Middleware Services team, which manages the software environment that hosts BlueCross’s applications, saw an opportunity to help the organization’s application teams. They needed to convince the company’s developers to move their applications off their existing inflexible infrastructures to a more agile system.

The first team to get on board with the revamp was the team that develops the company call center’s Commercial Desktop application. This software supports customer service agents (CSAs), who field hundreds of thousands of calls daily. CSAs use the application to quickly pull up claims, policies and account verifications and assist with insurance coverage changes. The application can handle upwards of a thousand unique visitors daily. BlueCross saw an opportunity for improvements with the benefits of moving to more modernized tooling. CSAs explored new sets of tools to quickly improve customer service.

“Given the current architecture and its capacities with the code base at the time, the Commercial Desktop team realized they had reached a point of diminishing returns with what they could do to further enhance or satisfy what customers were asking for,” explains Hisaw.

for a key customer service application

We were able to get up and running using what IBM had published without contacting them directly, and I saw it as further encouragement that we’re moving the right way if it’s this easy to use. That gives you a feeling of confidence.

Phasing out the old, making way for the new

With a longstanding relationship with IBM already in place, the ICT Middleware Services team was aware of the latest offerings and tools that could benefit BlueCross’s application developers. An overhaul of existing environments would allow operations to rapidly scale and handle the increase in the number of customers seeking assistance. The team began sketching a roadmap for phasing out the existing application infrastructure, based on IBM® WebSphere® Portal, to make way for the latest modernized replacement.

“We were looking at modernization as a two-fold approach. The idea of modernizing the infrastructure would be a phased approach. It’s not going to be one big move; it’s going to be step by step,” say Hisaw and his team of the plan. “That allows flexibility in some of the scenarios where you might not have a solution that is complementary from one application to another. You can take small steps for each of those parts that do complement the modernization effort for that particular application.”

“IBM WebSphere Liberty is dynamic, lightweight, platform-agnostic and container-ready,” the ICT Middleware Services team reports. “It checks all the modernization journey boxes. It boasts the backbone and foundation of traditional WebSphere Application Server to instill confidence and stability in the technicians supporting it and the customers consuming it.”

Since deploying the new system, BlueCross hasn’t had any issues with the Liberty update. There have been no problems with code compatibility or functional issues, easing the team’s risk concerns. As for getting the Commercial Desktop team up to speed and comfortable using the new tools within the app, that didn’t take long.

“There was never a point in the process where we were just dead in the water. There was a learning curve but nothing out of the ordinary,” recalls the ICT Middleware Services team. “They were excited to be using modern technology and design in the application and not having to worry if it’ll function properly. So, the risk has greatly diminished.”

If something within the system needs patching, I can do it in minutes. In the time it takes me to hang up the phone, I can make a quick change and reboot their server and can also roll back super-fast. 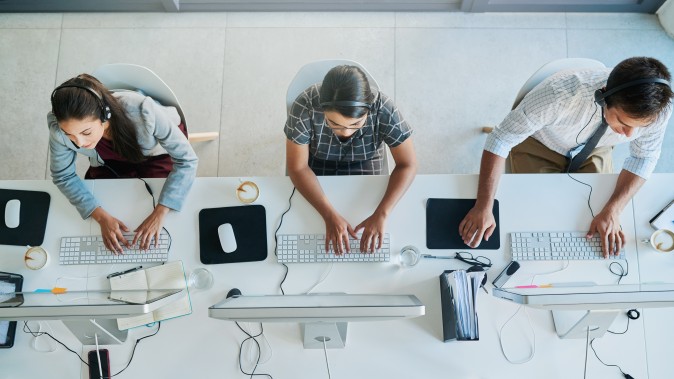 By migrating from a WebSphere Portal infrastructure to a modern WebSphere Liberty-based infrastructure, BlueCross optimizes its computing resources (for much greater cost-efficiency) and gives developers greater flexibility and efficiency to deliver improvements.

“The real strong punches were in the data we got. We didn’t believe it when we initially saw the numbers,” reports the ICT Middleware Services team. “For this one qual environment in Portal, there were eight servers. With Liberty, we only need four. I truly thought there was something wrong with the load tests and we ran them back several times to make absolutely certain the data was legit. We’re consuming 50% fewer resources to do the same amount of work.”

And there were other benefits. “The amount of time it takes to do a code deployment has decreased by 70%,” the ICT Middleware Services team says. “We’re able to do the same amount of work in less time, freeing us up to do other things.”

“They can have five or six code bases—they’re wanting to test out different features or different enhancements or different fixes,” the ICT Middleware Services team adds. “And all they’re doing is just deploying a new instance of Liberty on that existing server. They can deploy and destroy that entire Liberty run time on a single server as many times as they want. And there’s just no capability of doing that in traditional WebSphere Application Server.”

So, what’s next for BlueCross? With its flagship overhaul up and running and showing such promise, it’s garnering a lot of internal attention. More employees, specifically other app developers working across multiple application teams, are engaged. They’re mobilizing and jumping on board to alter existing infrastructures and have begun to plan for future overhauls.

Hisaw concludes, “The attitude across the developer community is 100% positive; they are excited and ready to go.”

About BlueCross BlueShield of South Carolina

About BlueCross BlueShield of South Carolina

New IT capabilities for an emerging market

Produced in the United States of America, September 2022.

IBM, the IBM logo, ibm.com, and WebSphere are trademarks of International Business Machines Corp., registered in many jurisdictions worldwide. Other product and service names might be trademarks of IBM or other companies. A current list of IBM trademarks is available on the web at www.ibm.com/legal/copytrade.