Most retailers acknowledge the impact of the large millennial generation — a group far bigger than their parents, the baby boomers — but brands are quickly turning their attention to Generation Z. These young buyers have an estimated 2.6 billion members globally and their parents claim they influence 93 percent of household spending. 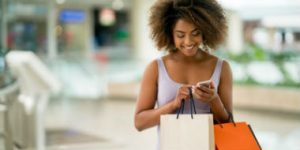 To look more closely at Generation Z’s digital habits and preferences, last year, the National Retail Federation and IBM’s Institute for Business Value announced findings from research and surveys of 15,000 consumers aged 13-21 from 16 countries. The results found that this group which was born into a world of digital devices loves mobile, heavily influences family spending and almost universally still prefers to shop in-store.

The second part of the study evaluated this new buying generation’s brand expectations. Research found Generation Z is looking for brands to be transparent and authentic, and to provide opportunities for engagement and co-creation. Almost half, or 44 percent, of those surveyed would submit ideas for product design and 43 percent would participate in a product review.

Though this research has found Generation Z is an important consumer group redefining traditional brand loyalty, there is little research about their actual shopping preferences and what guides their purchasing decisions. That’s why NRF and IBM decided to cover this topic for the last and final part of this series of studies on Generation Z in retail.

While the full study has not yet been released, here’s some information about what brands must know to give this empowered, digitally savvy generation everything they need to optimize their shopping experience:

Generation Z values technology in the store, but only if it contributes to a frictionless shopping experience. For example, 47 percent of Generation Z surveyed said they use their smartphones when shopping in a store. This suggests that retailers could likely benefit by introducing other technologies to make shopping easier, including hyper-localized marketing messages, artificial intelligence, and gamification to interact with Generation Z and encourage engagement. For example, 54 percent of Gen Z respondents would like to see tools that allow them to try out products in-store, such as a “magic mirror” that presents a virtual image of the consumer “wearing” cosmetics, jewelry, or an item of clothing without physically having to put them on.

Individualized prices, rewards, and better services – rather than personalization

The study found Generation Z wants direct value at an direct and individual level, such as lower prices, rewards and better services, which are more important than personalized experiences shaped by the brand. While personalization provides tailor-made shopping experiences for customers based on their preferences and history, individualization is driven by shoppers to customize and enhance their own singular shopping experience. For example, 64 percent said tailored price or service loyalty awards were important, and 65 percent said a rewards program influences where they choose to shop. An additional 45 percent of those surveyed said that location-based alerts were either important or very important as part of their relationship with the brand. These new shoppers want individualized offers so they can make the choice to take advantage of them, or not.

This new interactive group is also interested in co-creating products and experiences with retailers and consumer products companies to customize and enhance their own singular shopping experience. 43 percent of female respondents said they would like the ability to design products that no one else owns and have them created on-site with a 3D printer, as did 40 percent of male respondents. There are gender differences, but Generation Z also values the exclusivity of items tailored to their tastes with 52 percent of females wanting to see tools that allow them to customize products for themselves, compared with 45 percent of their male counterparts.

Leveraging the Blockchain from Transactions to Returns