Next time you’re seated at a table over dinner with four of your friends, pause for a moment and consider the following: statistically, it’s likely that two of you will be diagnosed with cancer at some point during your lifetimes. These two are 2.5 times more likely to go bankrupt because of the high cost of treatment.

Statistically, one of you will die of the disease.

Each October, during Breast Cancer Awareness month, we’re made aware of such sobering facts. They remind us of how pervasive, how emotionally draining and how financially destructive cancer is — and why it is urgent to diminish the disease’s impact on our lives.

As a researcher creating technology to aid cancer diagnosis, I face such daunting numbers every day. When my wife was diagnosed with breast cancer last year, I found myself driven with a new, personal intensity.

As my family life converged with my professional quest, I was reminded how critical an early diagnosis is for survival. A key problem with current methods, however, is that often a diagnosis is only made after physical symptoms surface, meaning the disease has already spread. My team at IBM Research has found a way to isolate the tiniest biological evidence of cancer in a patient’s system before a single symptom occurs.

Such a predictive approach could change the economics of cancer — and diminish the physical and emotional tolls — for future generations.

Treating cancer is expensive. According to the American Society of Clinical Oncology (ASCO), the most recently approved cancer medicine can cost $10,000 a month, on average; some therapies can cost $30,000 per month or more.

When your doctor can diagnose cancer in its early stages, your odds of bankruptcy — and death — decrease significantly. Found in its later stages, the opposite is true. Breast cancer detected and treated at stage one, where the tumor is small and localized, has a five-year survival rate of nearly 100 percent. At stage four, this rate drops to around 22 percent.

The breakthrough my team and I have made could ultimately allow us to find the earliest evidence of cancer, such as breast cancer, in blood or urine before a patient even gets to stage one.

Our method isolates tiny biological packets known as exosomes, or intercellular messengers that can tell us when and where cancer is present. Exosomes are so small that you could fit about a million of them within a single red blood cell. We separate these exosomes from other material in a sample using a chip-based technology to help identify unseen, unfelt cancer.

To better understand how it does this, imagine a police force looking for a large truck suspected of transporting dangerous material. To rapidly sift through a large amount of traffic, they could divert the flow to a low clearance tunnel allowing smaller cars to pass and forcing larger trucks to take a detour road for further investigation.

Until now, the tiniest biological particles that could be separated by size to diagnose cancer were circulating tumor cells. These are at least 50 times bigger than exosomes and about one billion times less abundant. The blood draw required for detecting tumor cells is about a tablespoon. Our method of going to the extremely tiny scale of exosomes requires less than a quarter of a teaspoon of sample.

Exosomes are also abundant in urine, saliva or sweat, meaning the act of sample collection can be completely non-invasive for patients and less complicated and expensive for labs to process. Less is more, in terms of saving time, and testing costs. The non-invasive aspect may entice more patients to get screened regularly, helping to catch cancer when it first appears.

In 2016, it is estimated that 307,660 women in the United States alone will receive a positive diagnosis for breast cancer, according to the non-profit organization Breastcancer.org. One in eight American women will develop invasive breast cancer over the course of her lifetime. While we can’t yet prevent the disease from occurring, my team’s technology can help detect instances of cancer sooner than ever before, enabling fast and early treatment for hundreds of thousands of women.

I know the value of early treatment. As I mentioned earlier, my wife was diagnosed with breast cancer — thankfully, at stage one, discovered during a routine mammogram. I’m happy to report that after early diagnosis and treatment, she’s doing very well. This personal experience energizes me to help more patients around the world avoid the high costs, both economic and emotional, faced by today’s cancer patients and their families.
_______________________________

Joshua T. Smith, Ph.D., is a Nanobiotechnology Scientist at IBM Research. He will be sharing more about his research at TED@IBM on Nov. 15th. Learn about TED@IBM and how you can get involved here. 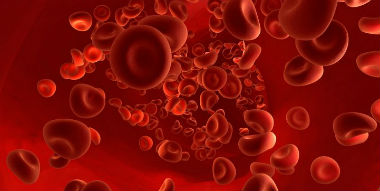 Alleviating the Burden of Diabetes with AI

How many decisions do you make per day? From the minute you wake up in the morning until you fall asleep that same evening, you likely have to make endless choices: the route you drive to avoid traffic, what you should order for lunch, when to run errands, what type of exercise you want to […]