Iceland is the coolest location for data centers

Did you know that Iceland is the place for sustainable data centers?

Think of the following: When comparing the carbon emission of training a large AI model to that of the life-cycle carbon emission of an average American car (incl. production and recycling), emissions of the AI model are about five times greater than the car’s at approximately 626,000 to 126,000 in pounds of CO2 equivalent. To relate further to the common citizen, the carbon footprint of a roundtrip flight between New York and San Francisco for one passenger is around 2,000 lbs of CO2. Bitcoin mining is another generous sinner, using 215 kWh of electricity to verify just one transaction.

Countries around the world will be influenced substantially by this development. The Danish Energy Agency has predicted that in 2017-30 new data centers will contribute with 85% of the increase in electricity use in the Danish business sector.

There is no denying that the tech world’s future encompasses vast data processing, numerous AI models, machine learning, blockchain, bitcoin mining, etc. that all require advanced computing systems to run them. Regrettably, yet unsurprisingly, they also entail a great amount of power consumption, which we must carefully consider how to approach since they are both harmful for the environment and often highly costly to train and develop. Thus, sustainable data centers are as much the future as these technological developments.

In a rapidly growing market with immense potential, the right location for data centers can prove paramount. As numbers are constantly scanned, analyzed, and processed in data centers, servers are using an enormous amount of energy and generate a lot of heat that needs continuous cooling.

So, where should you aim for in your quest to choose the right location of a new data center? Consider Iceland.

Iceland has the perfect weather conditions for data centers, and favorable access to its two primary sources of generating renewable electricity for the data centers, i.e. geothermal and hydroelectric power. Such circumstances improve the (Icelandic) landscape for sustainable energy greatly. Besides promoting sustainability, these two renewable energy sources also facilitate high-cost efficiency and competitive, stable energy rates due to the Icelandic government’s policy in this area. 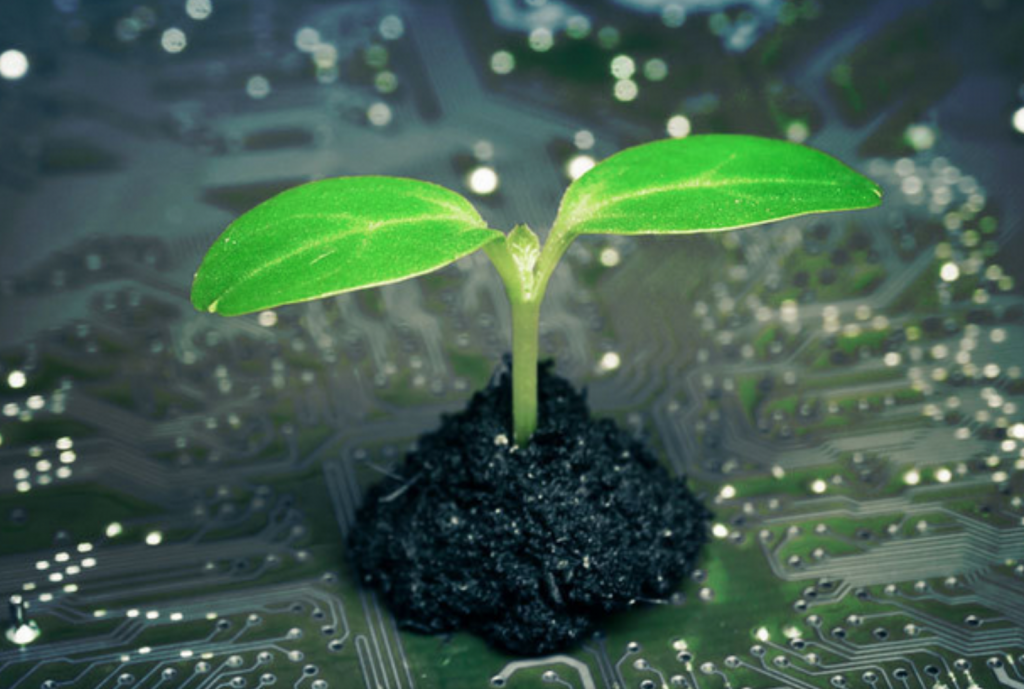 So far, the response has been overwhelmingly positive, as the new site creates jobs and an influx of money, making plans of an even larger data center campus feasible.

Attempting to use natural cooling is not an unknown phenomenon and large tech companies have pursued optimal locations before. E.g. in 2013, Facebook opened a data center in Northern Sweden claiming it to be naturally cooled. Google and Apple are also building their own data centers in the Nordic countries, however, the issue is that these centers need to heat the servers’ facilities during the winter.

On a yearly basis, Iceland’s weather reports see very little variation and keep an annual temperature at 5° C – rarely warmer than 20° C or colder than -10° C – enabling ideal data center conditions and the appliance of natural cooling all year round, which lowers costs significantly. Therefore, the industry claims Iceland to be among the very few places in the world, where data centers can operate with 100% sustainable green power and with a Power Usage Efficiency (PUE) of 1.03.

Consequently, Iceland’s booming trend of data centers shows in its statistics, seeing electricity use numbers double in 2018, and 2019 forecasts increase with another 50%. Likewise, the data center sector has set its mark on the Icelandic economy; in 2016, it already accounted for roughly 1% of the country’s GDP.

Data processing requires a huge amount of energy, but data computing happens virtually in the cloud, so why bother thinking of power consumption as a consumer?

We have a global responsibility in attempting to be as sustainable as possible. When dealing with large energy-consumptive platforms such as data centers, it is known that we can move between 50-80% of our data processing workloads around the world without any impact on the consumer or business. So, there really should not be any excuses to be more conscious of where we process our data.

If we do not bear in mind and support the environment, we cannot simultaneously keep supporting technological developments. Therefore, we must turn to places like Iceland and its remarkable data center potentials of location and climate, when we think of expanding with new functions such as AI, machine learning, cognitive computing, and blockchain.

Origo Iceland are protecting the heritage of Iceland in their datacenter together with IBM at lower cost, greener energy, higher availability and more secure – Lets see how you could benefit. Saving your data or running your AI & Deep learning in Iceland.

You can learn more about that in this video:

If you have any further questions or would like to know more about the possibilities for data centers in Iceland, please do hesitate to contact me at NIKLASP@dk.ibm.com

A webinar series: The IBM Cloud