In the fall of 2016, a Georgia Tech computer science professor used a digital teaching assistant, powered by artificial intelligence (AI), to help him answer thousands of questions submitted by students throughout the semester. Its natural language ability was so advanced, students described it as having a touch of personality. Many students did not even realize they were interacting with a machine. The experiment was praised by Backchannel as "secret ops AI aimed to save education," and described by the professor himself as a "micro-society in which humans and AI are working together."

This seamless application of AI to augment human capability is referred to as cognitive technology, and it signals the future of machine-assisted education. The broad vision of augmented intelligence is ideally suited to transform global education—not only formal education, but also learning that takes place outside of the classroom.

By combining the unique capabilities of humans and machines, cognitive technology is poised to reach large population segments educators alone cannot, including the roughly 800 million people around the world who are functionally illiterate. We expect an unprecedented symbiosis between humans and machines that fosters personalized, engaging and ubiquitous learning experiences. This cognitive era in education is also a conduit for broad conversations about education theory, the notion of equality, the ethics of data stewardship and the overall global-social imprint of an informed citizenry.

Personalized learning on a new level

Personalized learning is the holy grail of education. Strong interest in cognitive technology reveals the education sector’s deep desire to move further down this path. The paradigm of personalized learning is intuitive, because we see it modeled in the teacher-student relationship. "Most of us had a teacher who really impacted us," says Chalapathy Neti, Vice President, IBM Watson Education. "What made that teacher great is that they recognized we're unique, and made us more confident about who we are.” Cognitive learning tools mimic these highly satisfying and effective learning experiences, and will allow them to occur at scale for learners anywhere at any time.

“ Computers don’t have the common sense and emotional empathy that great teachers do. But teachers can’t do a lot of what computers can, either. These complementary traits will surprise and delight learners over time. ”

Cognitive tools are being implemented by the Coppell Independent School District (CISD) near Dallas, Texas. Assistant Superintendent Marilyn Denison has witnessed the historical challenge of understanding individual learners on a deep level. Student data is stored in different places and captured very differently. Demands on teachers are already high, and to assemble a comprehensive view of each student is time-consuming and difficult.

CISD is piloting cognitive applications that give teachers data-derived insight regarding students’ personal interests, characteristics and learning traits. As teachers use this data for personalized interaction, “the children are already sensing that they matter more than just a grade," says Denison. In the future, these applications will use cognitive technology to analyze student data and match it with various methods of conveying course content, helping teachers create highly sophisticated and personalized learning plans. 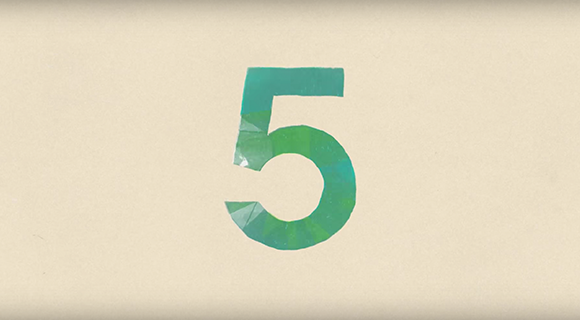 Intelligent tutoring systems are powerful applications of cognitive technology. Cognitive tutors interact with learners through natural language processing (NLP). Language and learning are deeply intertwined. Language is the foundation of the Socratic tradition of learning through open-ended discussion, argumentation and critical thinking. The human brain is wired to absorb information through dialog. Until recently, however, conversation has been a challenge for machines. Natural language is fluid. It is not rigid and formulaic like algebra, calculus or code. With the ability to converse in everyday language, cognitive systems make it feasible to deliver one-on-one instruction on a massive scale.

Based on a deeper understanding of the learner, educators and cognitive tutors can adapt their teaching approaches to accommodate how the learner’s brain is wired to receive information. Cognitive tools discern patterns and find cohorts of learners. Based on how similar learners have reacted to certain teaching methods, these tools offer prescriptive learning pathways that are likely to help each individual learner succeed. One of the greatest advantages of cognitive technology is that it can help gauge a learner’s progress. Establishing a pyramid of knowledge is crucial to effective learning. If students are pushed too far beyond their knowledge base, they won’t be able to progress.

“ Passing a test reflects skill at test-taking, not necessarily learning. Natural language is the most accurate signal of the knowledge in our brain. If we can use cognitive technology to understand a student’s progress every day, we no longer need to take all these high-stakes exams. ”

Cognitive tutors have many other advantages, including patience. Even the most unflappable educators can become frustrated with struggling learners. But technology is tireless, objective and non-judgmental. It is always available, unlike teachers or parents, who might not have time to engage. Cognitive tutors are also equipped with remarkable brute computing force, with immediate access to billions of concepts.

Pearson Education is planning to apply this concept to higher education, offering cognitive tutors for subjects ranging from psychology and environmental science to public speaking. At any hour of the day or night, college students will be able to ask questions in their own words, and cognitive tutors will suggest content to review or provide further explanation.

Education and learning are not necessarily the same. It’s easy to measure test scores and assignment completion, but retention is not immediately evident. For the first time, scientists are discovering the neurological mechanics of permanent learning. The human brain is designed to retain information through interaction, visual stimulation and hands-on experience, modalities that tend to form lasting impressions and memory.

Multi-modal experiences are powerful because they use multiple sensory inputs simultaneously to engage learners and stimulate the mind. This stimulation is aided by tactics like storytelling, discovery and exploration, game-playing and immersion.

“ The scientific community is beginning to realize that in many ways, we’ve got learning wrong as a species. The model of sitting in a classroom looking at a blackboard, listening to a lecture and taking tests—it’s probably one of the least effective ways one can actually learn. ”

Working with Phaedra Boinodiris, IBM Cognitive Design Leader, and other IBM scientists and designers, Conover's students created a fascinating game called "Medical Minecraft.” In the game, players fly through the human body. When players encounter pathogens, they interact with the cognitive system using NLP to gain the knowledge they need to progress through the game. Challenges are scaled up based on competency.

The game’s AI features not only boost engagement and retention, but also provide deeper educational content through IBM Watson Health’s encyclopedic knowledge of medical literature. This kind of experience both motivates and enables students to grasp difficult subjects like infectious disease.

“ To students, it’s just play. If we tell them they’re learning about science, technology, arts and math, you kill the magic. ”

An important part of the overall mission is to deploy cognitive technology as a weapon in the war on inequality. Children on the margins of society often begin school equipped with weak vocabularies. There's a famous study titled “The Early Catastrophe,” which found that by the age of three, children from low-income households have heard roughly 30 million fewer words than their more advantaged peers. The consequences of this word gap are devastating. The first five-to-seven years of life are the most important ones for building a foundation for learning.

During these years, the human brain goes through a period of critical development. If not exposed to certain stimuli, it cannot form the synaptic connections it needs to properly mature. A weak vocabulary is an indicator of structural deficiencies. Neural network formation impacts higher order cognitive functions like reasoning. As a result, some children who fall behind early never catch up, drop out of school and cannot excel in life.

Sesame Workshop is working to bolster learner engagement in early childhood, with the specific goal of teaching basic vocabulary through multi-modal experiences. Within the cognitive learning platform the company is currently developing, preschool children can design Sesame-like characters that become their digital tutors. The characters then engage the children in playful and age-appropriate interaction designed to be both fun and educational. As the cognitive tutor interacts with the child, it will observe progress, remediate when the child struggles and elevate challenges as topics are mastered.

Connally High School has similar social objectives. According to DoSomething.org, roughly 7,000 students in the United States drop out of high school every day. Because of its relatively high percentage of economically disadvantaged students, the dropout risk at Connally High is particularly acute.

Conover tells the story of one of his favorite students. "He’s faced a lot of challenges," Conover says. "His family has struggled with homelessness. He had no idea what he wanted to do in life. Now he's one of my best programmers. Doors have opened up for him. He's getting scholarships to pursue computer science, and he's on his way to getting a degree in game design."

Conover’s students demonstrate that adaptive gaming experiences help even the playing field. He hopes to see a dramatic shift in curricula, premised on what he describes as the new ABC’s of analytics, big data and cognitive computing.

One of the great advantages of cognitive technology is that it enables the shift to a student-centric model of lifelong learning. The broader mandate is to not only optimize schools and universities, but also to cultivate the learning experience of the individual, a model that is very different from the one-size-fits-all standard designed to prepare students for mainstream four-year undergraduate programs.

The AI community is grappling with broader conversations regarding the ethics of safely ushering new technology into the world. "In an era when information is the coin of the realm," writer Todd Leopoldasks, "who's to say the system won't be abused?"

Prior to the cognitive era, a sense of mistrust already existed in the education sector. Some data analytics programs of the past were designed to identify underperforming schools and teachers, which has caused suspicion regarding the motives of personal data collection. Early adopters must reassure the education community that cognitive technology is about better outcomes for students and positive support for educators.

Critics of personal data collection express concerns regarding the issue of privacy. Ownership of personal data is a civic right, many believe, and should not be shared unwillingly or exploited for commercial gain. A formalized classification system for student data, modeled after U.S. Health Insurance Portability and Accountability Act in the healthcare industry, is one possible measure to preserve data privacy.

“ Children are growing up in a world with a massive sea of personal data following them everywhere. If we ignore data issues until they’re adults, our kids will miss out on opportunities to learn about managing big data. What is data policy about? How should I take control of my own data? ”

According to some studies, overexposure to screen time in early childhood could be linked to certain health concerns and social disorders. Educators and parents—and perhaps the technology itself—can monitor usage to avoid excessive exposure, and policy makers may opt to define standards for acceptable dosage.

Overall, the dream of a highly educated global citizenry is a worthy cause for our common good and collective future. An educated global community will have ripple effects that permeate humanitarian causes from public safety to the environment. “Every global challenge is solvable with education,” King says, “but none of them are solvable without it. I don't know what the world will be like in 30 years, but an educated citizenry is one that can have the right debates, and set the right policies for the greater good."

Learn what experts say is next for AI