America’s democratic institutions have been tested to their limits following the presidential election. Months of divisive rhetoric and actions led to a shocking and violent insurrection at the U.S. Capitol. At this defining moment in our nation’s history many are left wondering, what can we do?

Many of our peers in corporate America have started by suspending their financial contributions to elected officials who objected to the clear and certain outcome of the election.

But this moment in history should be about much more than organizations temporarily withholding political money to take a stand. This is an opportunity for us to pause and think, to look ahead at what policy measures can truly restore trust and confidence in our democracy.

What companies should be thinking about is policy reforms, not PAC checks.

At IBM we believe in engaging in policy, not politics. A company “should not try to function as a political organization in any way,” former IBM CEO Thomas Watson Jr. said in 1968.

This is why we have never had a political action committee, or PAC, and make no political donations. This policy doesn’t put us at a disadvantage. Instead it empowers us to advocate meaningful policies that are good for business, employees and all our stakeholders.

In 2021, IBM will advocate for bipartisan, good government reforms to ensure that this country’s institutions and traditions are strengthened, and we hope the business community will join us in supporting these reforms.

Second, IBM will step up its advocacy in 2021 for two measures we have called for previously, but which recent events make more urgent:

These policy actions will not immediately heal the wounds that have been inflicted on our society and that are now felt so deeply by everyone who loves democracy. But they are a start, and IBM believes they can make a difference. Painful moments can spark positive change. We are hopeful these reforms can bolster trust and faith in our system of governmen 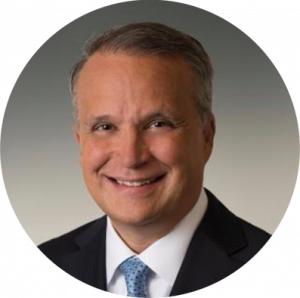 t, and IBM stands ready to work with Congress and the incoming Administration to make them happen.

#IBM agrees w/ @GovKathyHochul that #NY is an ideal hub for a national #semiconductor collaboration between govt, industry & academia that reaches beyond the state’s borders. We urge Congress to take a #ScienceForward approach & fund the #CHIPSAct ASAP: https://ibm.co/3CMc5iH

IBM congratulates @POTUS on signing a bipartisan law to make historic investments in our nation's physical & digital infrastructure, and we applaud the president and Congress for this much-needed step to boost U.S. competitiveness and benefit all Americans https://ibm.co/30t1UCk

Why does a 100+ qubit #quantum computer matter? As @IBM CEO @ArvindKrishna told @inafried "We're going to get more done in the next 3-4 years than we got done in the previous 4 decades all put together."

RSVP for the next #IBMPolicyLab Live event with @futureofprivacy on Nov. 15th @ 11am EST. The panel will dive into #privacy policy recommendations for advancing the field of #neurotechnology. https://ibm.co/3qk0CnR

#IBM is pleased the House passed an #infrastructure bill and we urge @POTUS to swiftly sign it. The #BIF will modernize both physical and digital infrastructure, and is key to our nation’s economic success. https://ibm.co/3bLt6yi

IBM has always believed in the fundamental promise of technology – that when we apply innovation to real-world problems, we drive progress, for both business and society. Today, we’re doing it again. I’d like to reintroduce you to IBM. Read my letter here: https://ibm.co/3q5IldP