Our primary brand identifier is the IBM Developer logotype that’s used in conjunction with either the IBM 8-bar logo or one of the IBM expressive logos. This compound logo identity treatment shouldn’t be modified, redrawn or presented in alternate ways.

The primary logo we use is the IBM 8-bar logo.

We have also created four different logo expressions that capture the “builder” orientation of the IBM Developer brand. We call these variations on the IBM 8-bar logo IBM expressive logos. These expressive logos can be exchanged for the IBM 8-bar logo in static collateral, assets and templates. Additionally, in motion graphics, animations or video assets, we often cycle or exchange these logos as a very deliberate design element, reinforcing the dynamic “builder” nature of the brand system and developers at large.

Shown here is the IBM Developer logotype. It’s the primary brand identifier and always used in conjunction with either the IBM 8-bar logo or an IBM expressive logo. The logotype is consistent with all other officially branded IBM name treatments.

The IBM Developer logotype should always appear flush left on a grid, and most often appear before the IBM logo. There are two simple constructs for this relationship: horizontal and vertical.

The minimum size for its use is 16 points. Using the IBM 2x grid as a guide, a space equal to 4x indicates the closest the IBM logo should appear in relationship to the IBM Developer logotype.

Along with icons for various cities, we have a unified way of treating developer city names typographically. Shown here are examples of IBM Developer city logotypes. Additional cities are available.

The IBM Developer brand also allows use of the vertical IBM rebus, as it personifies our own development culture and personifies our commitment to user-centered design. It can be used as an expressive alternative to the IBM 8-bar logo.

IBM Developer provides a single destination for developers to build their relationship with IBM. As a brand platform within our overall IBM masterbrand strategy, it directs and supports the narrative and conversations that developers want to have. 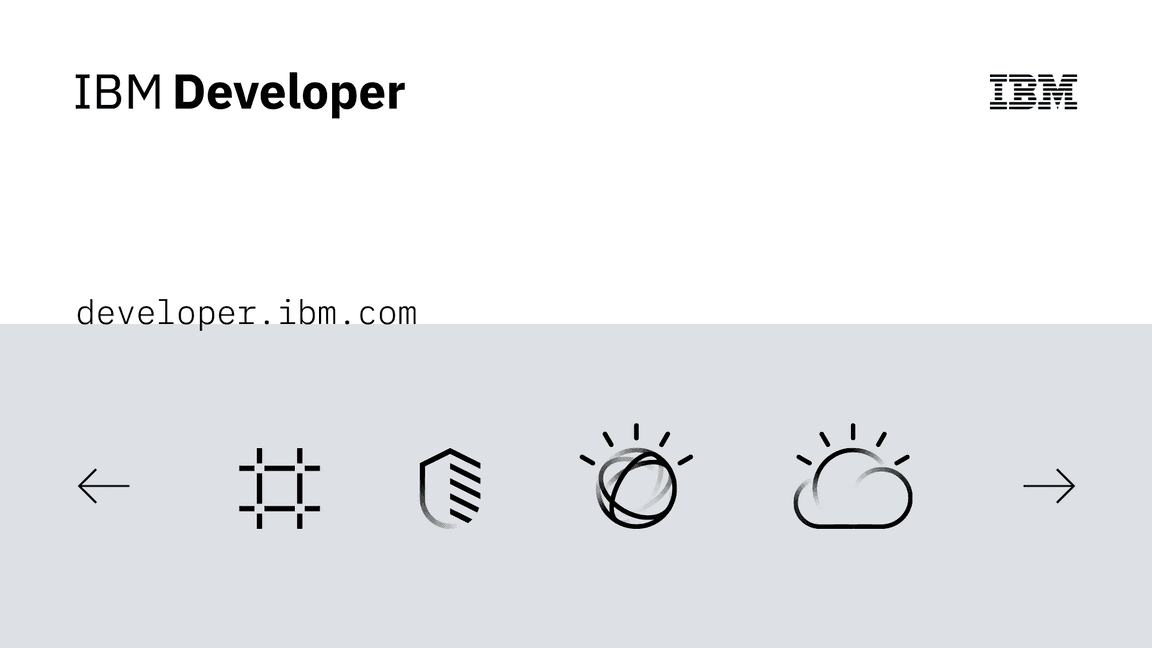 All communications aimed at developers from different business units should drive traffic to the IBM Developer website or to a distinct destination within the platform. Shown here are two co-branding examples. 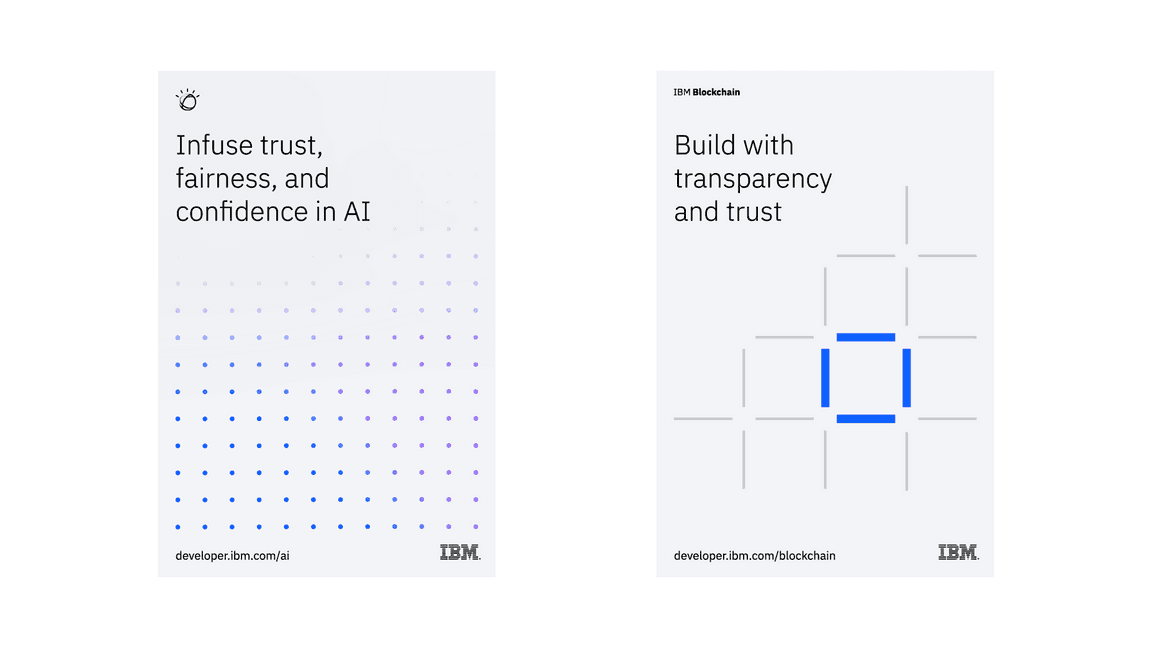 All developer-focused events should lead with the IBM Developer brand expression. Other offerings with IBM are represented within that expression. Shown here is an example of co-branding for events. 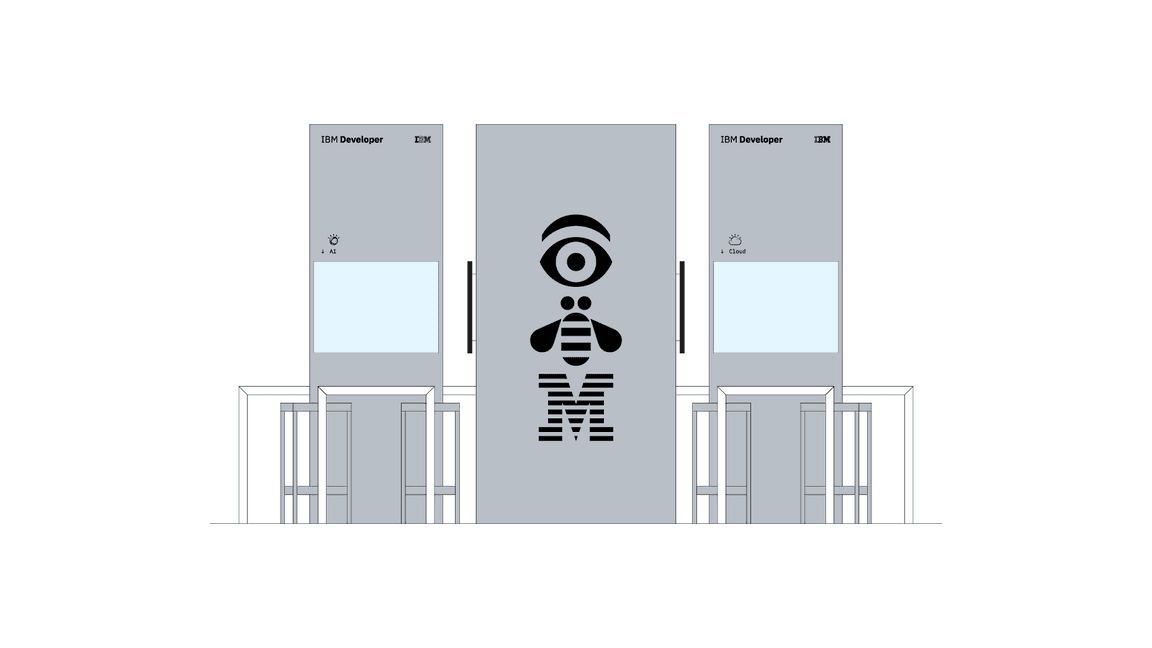 There are specific IBM and Red Had brand experience guidelines we follow when the two brands appear together. Our co-branding relationship ensures that whenever we jointly represent the IBM and Red Hat partnership and when there is representation by both brands in creation, production or sponsorship of an asset/event, we must uphold Red Hat’s independence and neutrality as a brand. Please refer to these brand experience guidelines for approved IBM and Red Hat logo usage when co-branding. 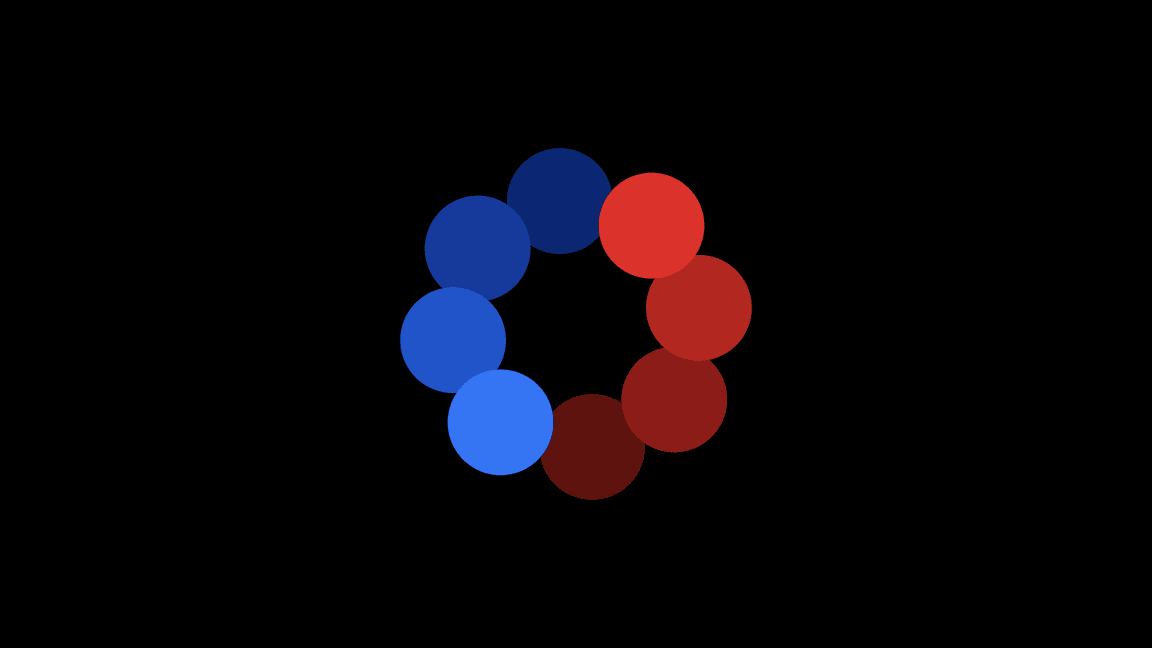