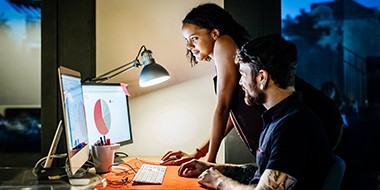 Over the last few years, employers have become less interested in which educational degrees people have and more interested in what actual skills they possess. But there’s one challenge with that: It’s hard to know what skills someone truly has. IBM has come together with an important group of organizations to address this challenge. All […]