For the Decade of Ocean Science, We Need More Data

Close your eyes for a moment. With the world struggling with COVID-19, civil unrest, global political upheaval and environmental concerns, it’s tempting to imagine a place to escape to. But what comes to mind?

When asked that question, many people imagine a place next to the ocean. It’s where we spend our holidays, where we unwind on the weekend, where we dream of spending our retirement. It’s one of the most-photographed environments on Earth. It’s also where my family and I, and millions of others, have decided to live.

So what’s behind this special relationship between humans and the ocean? It’s an apt question for World Oceans Day, part of an internationally recognized effort that for nearly two decades has supported efforts to restore and protect this vital resource.

Science tells us that life on earth evolved in the ocean. As humans, our own evolution is inextricably linked to it, and our dependency continues to this day.

If we take into account food, travel, trade, transportation and recreation, it is easy to see how we are all dependent on the ocean. Based on all that activity, if the ocean were a nation, it would rank as the world’s seventh-largest economy.

Reversing the Cycle of Decline

But there’s a major misconception—that the ocean is endless. To borrow a notion from the business world, the ocean is not too big to fail. It’s under threat on multiple fronts, most of them the result of human activity.

According to the United Nations Intergovernmental Panel on Climate Change’s Special Report on the Ocean, it is more polluted, warmer, more acidic, less productive, stormier, higher, more unpredictable and more depleted than ever before. Living on the Isle of Wight, off the southern coast of England, I see evidence of this in the rising sea levels and the flooding this causes.

That’s why the U.N. has declared 2021-2030 to be the Decade of Ocean Science for Sustainable Development—a global effort to reverse the cycle of decline in ocean health.

In support of that, at a June 8 forum hosted by the U.N. Environment Programme, IBM presented a pilot project in collaboration with UNEP to use AI and data from citizen scientists to help reduce marine litter and tackle ocean pollution.

The goal of all of these efforts is to foster a global program of ocean science to ensure a better understanding of the ocean and how to not only protect it, but also how to use it and manage it more sustainably. If we are to achieve that, we need more data.

Harvesting an Ocean of Data 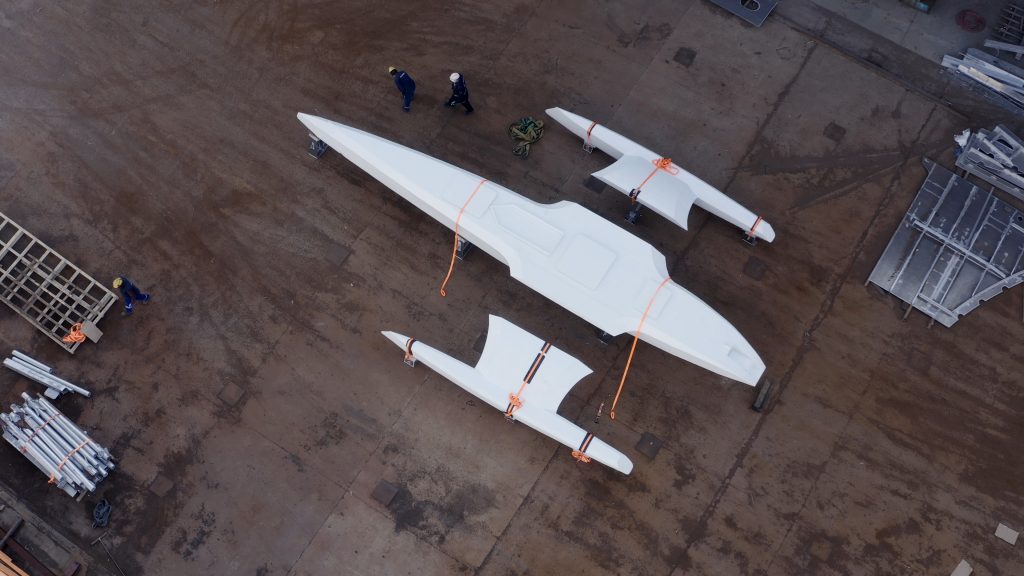 We know more about the surface of Mars than we do about many parts of the ocean.

Putting a research ship to sea is expensive and limited by how much time people can spend onboard. Oceanographic research missions can also be dangerous and, with ocean tourism impacted by COVID-19, future financing for important projects has been thrown into question.

But what if we found a way to take humans off research ships and allow them to focus on interpreting data rather than collecting it?

That’s the goal of the Mayflower Autonomous Ship project, which is being led by the marine research organization Promare and supported by a global consortium of partners.

Built to commemorate the 400th anniversary of the famous transatlantic crossing, the new Mayflower will have no human captain or onboard crew. Powered by AI and energy from the sun, it will be able to spend vast amounts of time at sea, helping scientists gather critical data about ocean threats including microplastic pollution, unsustainable fishing practices, habitat degradation and the impact on important species, including marine mammals.

Once you take away the sleeping quarters, the sanitation, the cooking facilities, the guard rails, the storage for food and everything else people need to survive at sea, you can design a vessel that is smaller, lighter, more aerodynamic and with more space for research equipment. It is hoped that the Mayflower Autonomous Ship will provide the blueprint for a new generation of marine drones, designed to collect data about the ocean in the most flexible and cost-effective way possible.

Elsewhere, with initiatives like Food Trust, blockchain technology offers the opportunity for the seafood industry to securely record and share data about the origin of everything from tuna, to salmon, to shellfish. By creating a trust network among fish farmers, suppliers, retailers and consumers, blockchain technology can help increase transparency across the ocean supply chain and promote more sustainable fishing practices. Blockchain can even help to monetise plastic so it never gets into the ocean in the first place.

At IBM, we are supporting pioneering projects like these not only because we like a challenge, but because we believe that technology companies, governments, universities and the industries that are dependent on the ocean should work together to safeguard this most essential resource for the greater good of the planet.

Let’s close our eyes for a moment and imagine what’s possible.

Andy Stanford-Clark is IBM’s Chief Technology Officer for the U.K. and Ireland.

Reopening the Economy: How AI Is Providing Guidance