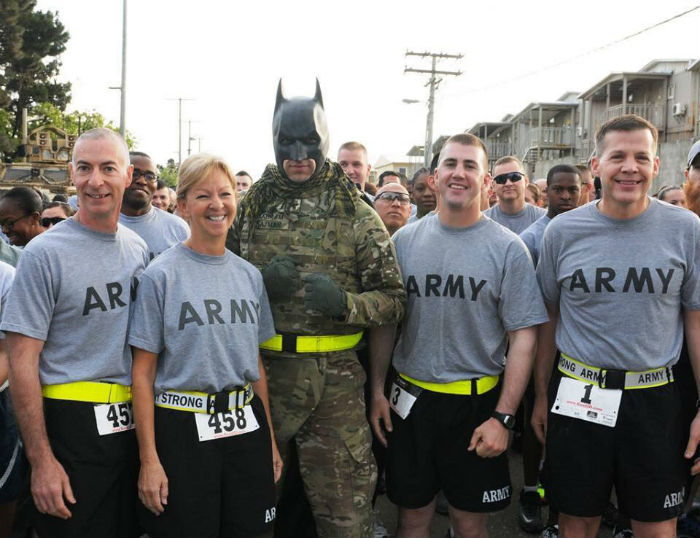 “The willingness with which our young people are likely to serve in any war, no matter how justified, shall be directly proportional to how they perceive the Veterans of earlier wars were treated and appreciated by their nation.” – George Washington

Students of American history know that we have a mixed track record when it comes to appreciating our military veterans. That’s one of the reasons I’m proud to work for a company that puts solid action behind its commitments to recognize, support, train and hire those who have served. As a retired Lieutenant General after more than 34 years in the Army, I know what an honor it is to have led and served with our brothers and sisters in arms. And as an IBM executive, I know that hiring veterans is not only the right thing to do, it’s also smart business.

Values and leadership begin at the top, and our CEO has committed IBM to hiring more than 2,000 veterans in the U.S. as part of our New Collar Jobs initiative. These positions require engagement, skills and continuous learning – but not necessarily four-year degrees. Clearly, the training, dedication and work experience that military veterans bring to IBM make them an ideal fit for positions requiring teamwork, communication and critical thinking. But that’s just the tip of the spear, as IBMers live our values daily by engaging and supporting veterans.

IBM employees also are deeply committed to supporting our veterans’ emotional health and well-being. We’re working with the Department of Veterans Affairs on GRIT (Get Results in Transition), a VA-branded app that runs on IBM’s THRIVE360 platform. Among other functions focused on job search, GRIT incorporates an AI-powered personal assistant that has been trained in mental fitness, and can help a veteran with everything from preparing for a job interview to finding new ways to increase work-life balance. Nearly 4,000 veterans are currently field testing the app.

The bottom line is that IBM and IBMers are engaged in a variety of actions to support our veterans – not just on Veterans Day, but every day. I am confident that these efforts will continue and scale, and look forward to a time when they are no longer needed. Until then, I urge you to learn more about IBM’s company-wide veterans initiatives, and to seek out service opportunities through your BRGs, worksites and communities. Taken together, our efforts are making a difference – both for our company, and for those to whom we owe so much.
____________________________________________

IBM's Robert H. Dennard and the Chip That Changed the World