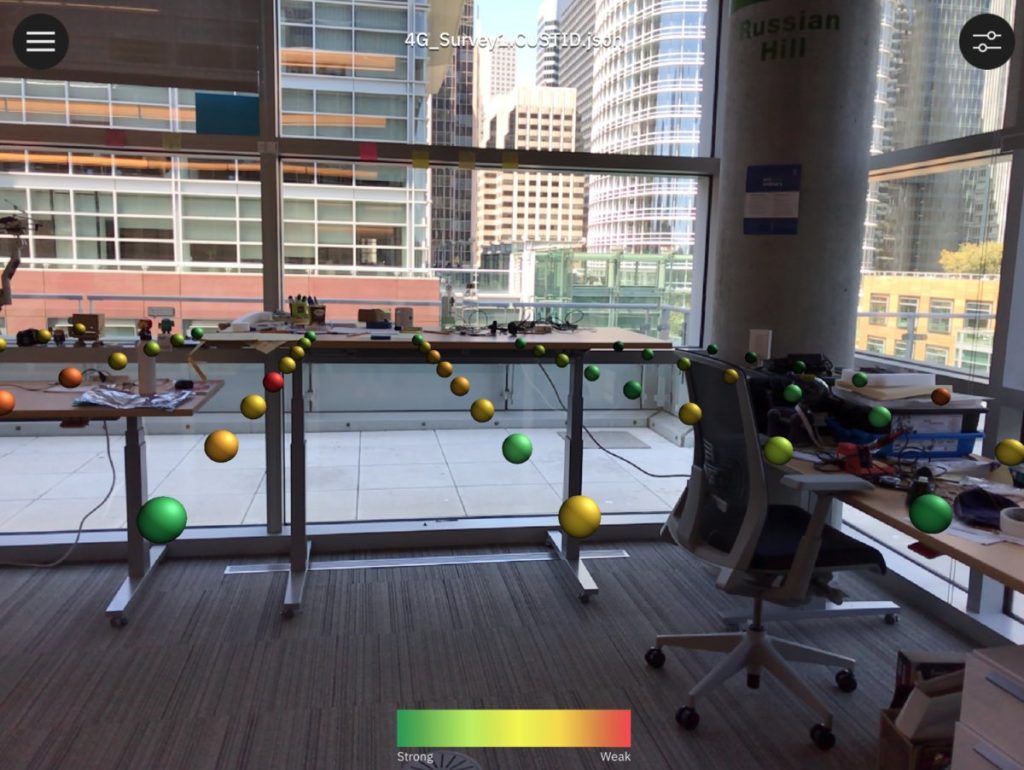 Wireless signals have become essential for our daily life — whether WiFi, 3G, 4G, LTE, or the soon-to-be-ubiquitous 5G.

But the physics of those 5G signals may prove to be challenging according to Ryan Anderson, Platform Strategist, CTO Group for Edge Development at IBM. Our offices and homes and urban spaces were made for the flow of people and vehicles, not electromagnetic signals.

5G may prove a particularly difficult challenge, as physical structures can block certain wavelengths and create wildly uneven or unpredictable coverage in a space. At higher frequencies, signal attenuation due to precipitation and atmospheric absorption may introduce another variable.

Compounding the complexity, 5G is not one frequency band – but many, and varies from country to country. In the United States for example, 5G bands include sub 1GHz low band; 6GHz mid band; 24GHz to 40GHz+ millimeter wave high band.

A side project by Anderson and fellow IBM engineers could become a useful tool in ensuring reliable 5G coverage, as well as bring relief to those hunting around for stronger Wi-Fi signals.

Visualizing the ‘Quilt of Connectivity’

“Project Skittles” uses drones to survey, and augmented reality to help visualize, the imperceptible quilt of connectivity strength that fills anything from a small office or home to a football stadium. The team believes that the tools can help with better antenna placement and tuning, to help deliver signal coverage and connectivity — a growing challenge for networks ever-more-dependent on speed and low latency. 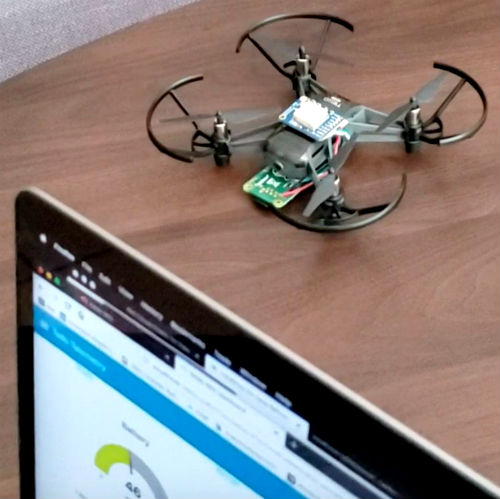 The impetus for the project came not only from the challenges of maintaining a strong wireless network, but also from the team’s interest in visualizations and new technologies like augmented reality and virtual reality. “We were trying to make visible something which is invisible,” says Anderson.

The effort combined some available technologies, including consumer drones, augmented reality (AR), and the signal strength receivers for WIFI and LTE network surveys. Jay Griffin, Lead Developer and Architect with the IBM Immersive Data team used Node Red to program a drone for automated survey and sample. The drone would stop, take a signal strength (RSSI) reading, and move on to the next “grid point” in space. The collected data was then visualized as a grid imposed on the actual environment in augmented reality. Strength zones were represented as a small hovering balls colored red, green and yellow – which look a lot like Skittles candy.

“We were impressed at being able to see the LTE signal “shadows” cast by concrete pillars at Watson West.” Anderson said.

The promise of 5G — a fifth-generation cellular network that’s 10 times faster than 4G LTE — opens up the possibility for things like wireless VR experiences and more driverless cars thanks to its ability to analyze and process data at faster speeds.

The visualization and mapping ideas behind the project might be used in other areas as well, such as sniffing around to discovering gas leaks after an earthquake, which can then be used by first responders trying to secure an area. Any invisible but measurable signal is potentially a candidate for visualization.

At present, Project Skittles remains a proof-of-concept — one that is helping us see what an invisible network “looks” like, and how it can be improved, using off-the-shelf gear and a combination of existing IBM technologies.

IBM’s z15: Built for the Cloud You Want, with the Privacy and Security You Need