In June, German astronaut Alexander Gerst will embark on his second six-month mission to the International Space Station (ISS), serving as station commander in the second half of his stay. On this mission, Gerst and his team will receive some unusual support: CIMON (Crew Interactive Mobile Companion) will be on board – a medicine ball-sized device, weighing about 11-pounds. 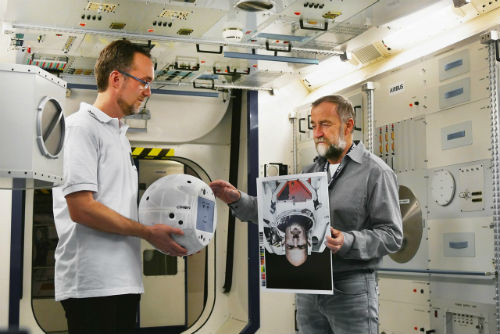 CIMON is currently being developed by Airbus on behalf of the German Aerospace Center (DLR) as an intelligent, mobile and interactive astronaut assistance system. This new technology will be tested on the ISS as part of the Horizons mission of the European Space Agency.

CIMON, using IBM’s Watson technology, will help astronaut Gerst to perform three tasks: Together they will experiment with crystals, solve the Rubik magic cube based on videos and conduct a complex medical experiment using CIMON as an ‘intelligent’ flying camera.

CIMON’s digital face, voice and use of artificial intelligence make it a “colleague” to the crew members. This collegial “working relationship” facilitates how astronauts work through their prescribed checklists of experiments, now entering into a genuine dialogue with their interactive assistant. The developers responsible for CIMON predict that this will help reduce astronauts’ stress and at the same time improve efficiency. In addition, CIMON helps enhance safety, because it can also serve as an early warning system in case of technical problems in the future.

CIMON is currently being trained to identify its environment and its human interaction partners. AI gives the space assistant text, speech and image processing capabilities, as well as the ability to retrieve specific information and findings. These skills, which can be trained individually and deepened in the context of a given assignment, are developed based on the principle of understanding – reasoning – learning. 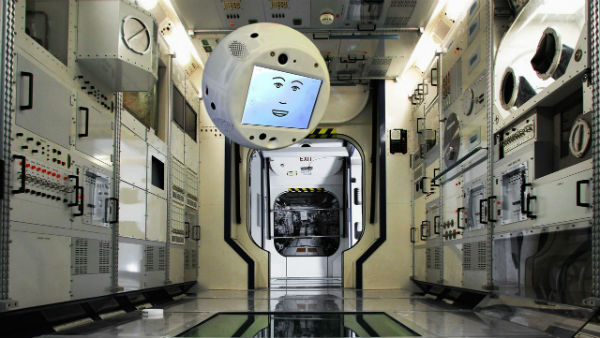 Watson speech and vision technologies helped train CIMON to recognize Alexander Gerst, using voice samples and Gerst, as well as “non-Gerst” images. It also used the Watson Visual Recognition service to learn the construction plans of the Columbus module on the International Space Station to be able to easily move around. CIMON also learned all the procedures to help carrying out the on-board experiments. Experiments sometimes consist of more than 100 different steps, CIMON knows them all.

AI from the Cloud – proprietary data in a protected space

IBM Watson services run on the IBM Cloud, which provides a further advantage for users, in general, and for use on the ISS in particular: sensitive, proprietary data can remain where it is created, such as in the protected area of your own server or database. You don’t need to upload it to an external cloud for it to be enriched with appropriate AI capabilities.

The IBM model for data and privacy allows you to train your own AI models with Watson technology without having to integrate proprietary or sensitive data into a public model. No other company, no other organization – not even IBM – can use this data for the further development of AI applications. This ensures that users can keep their critical information private and proprietary. What’s more, a company’s intellectual property and data serve to enhance only its own competitive advantage. This was one of the main reasons why Airbus chose IBM as its partner to develop CIMON.

In the mid-term, the CIMON project will also be devoted to psychological group effects that can develop in small teams over a long period of time and occur during long-term space missions. CIMON’s creators are confident that social interactions between humans and machines, in this case between astronauts and a space attendant, equipped with emotional intelligence could make an important contribution to mission success. We predict that assistance systems of this kind also have a bright future right here on earth, such as in hospitals or to support nursing care.

(Part 1 in a Series) AI has gone through many cycles since we first coined the term “machine learning” in 1959. Our latest resurgence began in 2011 when we put Watson on national television to play Jeopardy! against humans. This became a cornerstone event, demonstrating that we had something unique. And we saw early success, putting […]