The Kingdom of Morocco is best known by outsiders as the setting for the classic movie, Casablanca, and for exotic tourist destinations, such as Marrakech. Quietly, though, it’s gaining strength as one of the innovation engines for North Africa.

Through the program, IBM will provide expert advice and access to its cloud development platform to 100 independent software vendors (ISVs) to help them shift existing software applications to the cloud or build new products and services there. 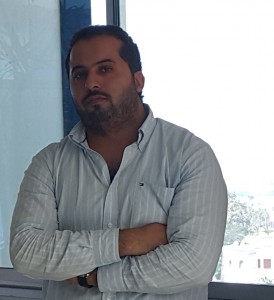 One of the participants, Aissam Ouaza, the founder of BTPexpo3D, which stages three-dimensional virtual trade shows for the construction industry, says the cloud model enables his company to democratize the trade show business. Small- and medium-sized companies can reach customers on an equal footing with the industry’s giants. “We have a culture in Morocco where we like events. We like to interact in a marketplace,” he says. In the virtual environment, he says, companies “can do much more by spending much less.”

BTPexpo3D, which is based in the capital city, Rabat, recently concluded its first virtual trade show. It attracted 50 exhibitors and 10,000 pre-qualified visitors. The event was originally scheduled to last three days, but, because of the flood of visitors, the organizers extended it to five.

The two-year-old company pulled off this feat in spite of the fact that it has just two regular employees and five contractors. Some of the magic of cloud computing is that it enables very small companies to box above their weight class—producing new products and services quickly by using pre-made software components and running their apps in other companies’ cloud datacenters rather than having to buy their own computers.

While the program is aimed at empowering tech companies, it also promises to help a broad swath of small- and medium-sized businesses in Morocco, which account for 90% of the country’s businesses. 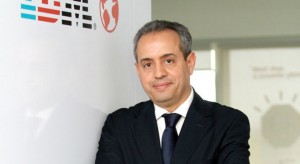 Hassan Bahej, IBM’s country general manager in Morocco, says cloud computing has the potential to help transform Morocco’s economy, allowing businesses to digitize their operations for the first time or upgrade to sophisticated IT products and services. IBM is also helping Moroccan universities add cloud technologies to their course curricula. “Cloud is key for the development of the country,” he says.

The cloud program for ISVs is part of the Moroccan government’s “Digital Morocco” strategy for developing the IT sector—which it launched in 2009. The government is focused on enhancing technology skills, establishing tech parks in its major cities and promoting entrepreneurship. “IT is at the heart of our national strategy, allowing Morocco to become a technological hub and generating social and economic development for the kingdom,” says Larbi Benrazzouk, managing director for Maroc PME.

In recent years, Morocco has attracted several large technology companies—drawn by the market potential and a pool of trained technologists. While IBM has been there since 1932, more recent arrivals are Microsoft, Cisco, HP and Dell. Recent IBM’s investments in Morocco include the opening of a second office in the administrative capital city Rabat (2012) as well as the launch of a services Global Delivery Center (2013) and a Client Innovation Center (2014) in Casablanca.

IBM’s cloud ISV program in Morocco is the second of its type in North Africa, following on one launched in Egypt last year. In the coming years, IBM’s regional leaders hope to expand the program to other countries throughout Africa and the Middle East.

For ISVs throughout the region, cloud computing offers the potential of expanding beyond their local markets to sell products and services throughout Africa, the Middle East, and beyond. Companies from the United States, Europe, China and Africa participated in BTPexpo3D’s first virtual trade show. “The cloud helps us go global,” says founder Aissam Ouaza. “We can create a big company.”

That’s the dream of entrepreneurs all around the globe. The cloud helps their dreams come true.

Live Blogging from the Cognitive Colloquium

How Digital-Era Sports Franchises Pump Up the Fan Experience

The Internet of Things – Changing the Way We Live

We live in an age of immense technological and social change, much of which has been brought about by the emergence of advanced technologies such as cognitive computing, the Internet of Things and robotics. In fact, the current pace of change and the potential for further transformation is so great that many see this as […]

How to Design Hybrid Clouds for Innovation, Efficiency and Growth

Cloud computing has evolved from a technological innovation to an integral part of business. Organizations are increasingly turning to cloud, and for many, a hybrid cloud is the best choice because it’s a blend of public cloud, private cloud and traditional information technology (IT) platforms. Business conditions and requirements define the best type of hybrid […]

When engineers here at Honda R&D were discussing where to locate the “engine start” button in their vehicles, they learned that several US drivers accidentally pressed the engine start button with their knees. This was a big surprise for us, because it’s only possible if you put the car into cruise control, take your feet […]