Indirect bias occurs when one feature can be used to stand for another. For example, one feature in a model might approximate another feature that is a protected attribute. However, it would be illegal to discriminate based on race because race can sometimes track closely with postal code, it might be the cause of indirect bias. In like manner, if you had access to a person’s music tastes you might be able to determine a person’s age. Or, if you had access to purchase history, you might determine a person’s sex. Even if your predictive model had none of the protected attributes, such as race, age, or sex by using proxies your model might produce biased results.

Meta values must be in the format of an array of arrays: 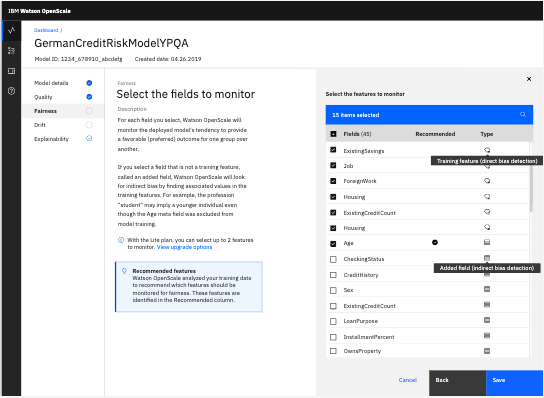