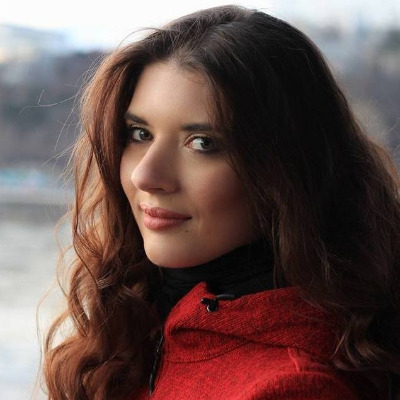 “Children smiling
mean we made their
lives a little nicer—
everyone who helps me
inside and outside
of IBM can be
proud of that,” says
Katarina Berkesova.

Some sadness, but much greater joy is how Katarina Berkesova, an IBM team member in Bratislava, Slovakia, describes her mixed emotions when a child is adopted from the home where she is a volunteer.

“We are a little bit sad because it usually means we won’t have personal contact with the child anymore,” she says. “But the joy is bigger because we know there is nothing better than a happy child in a kind and supportive family.”

For ten years, Katarina has volunteered with Úsmev ako dar (“Smile as a gift”) and their foster-care home in Nová Baňa, about one and half hours from Bratislava.

“I probably first heard about Úsmev during their annual Christmas concert on television showing the talent of the children, to break some of the myth about orphans,” Katarina says.

She had previously visited children at a hospital in Bojnice, but wanted to do more. When Katarina discovered that a friend of hers volunteered at Úsmev, she became part of his team and in 2007 started helping there too.

The motto at Úsmev is “every child has a family,” and Katarina has tried to be an active family member to the children by organizing trips, helping them with their emotions, and organizing resources.

“I began with the ‘angel’ program when I first started volunteering there,” she explains. “That means we visit the children, establish relationships, and build friendships.”

The ages of the children at the home range from three years to teenagers, with the average age around 10 years old.

“The majority of the children are from the region around Nová Baňa, but that is not a rule, says Katarina. “We have about 40 children, and for most of them, if they are at Úsmev it means they have no one to care for them—no grandparents, no uncles, no aunts—we become their family for a time.”

Today, Katarina is now more involved in an initiative to bring former foster children back to Úsmev to serve as mentors.

“Working with us, we try to provide practical tips and job searching, and show positive role models to the other children,” she says. “This initiative is new, but I think it is a great idea, because practical knowhow is very important for the children, and hearing it from kids like them is very effective.”

It takes a village—including the IBM village

During her time at Úsmev, Katarina has helped them obtain two grants from IBM—the second was awarded just this year.

With the first grant, she organized a socializing experience for the children that included taking them to the theater.

“We went to a musical that was about Pope John Paul II, and at first the teenagers were not very excited about seeing a ‘religious’ show,” she says. “But at the end, they really liked it!”

She adds, “I think it was very important to show them the world outside the home. Of course they do have many experiences outside, but this action was something special. I do not think they would ever go to the theater on their own, so maybe this memory will be motivation to visit theater or some other cultural event in the future.”

And in some cases, Katarina is aware of what is happening in the lives of the children who are adopted or leave the home.

“Thanks to Facebook, I am actually in contact with many of the children, and some are not children anymore,” she says. “I try to give advice, and describe what I would do with certain problems. I am very close with one girl, and I know her partner, her children and visit her very often—it is always a very nice time.”

In Katarina’s case, the saying “it takes a village to raise a child” extends to her “family” at IBM too.

“My managers, Daniela Tredoux and Dana Kotoulekova, are always helpful and full of understanding when I need help with time to coordinate activities—they are always excited to hear my new ideas. Without their support and support of my colleagues it wouldn’t be possible.”

Katarina says that she cannot imagine life without volunteering—what she calls collective work because it includes the support of so many people, including her colleagues at IBM, family, and friends at home, especially Lucka Pařízková, who helped her create a video as part of the first IBM grant.

“For me, what is most satisfying about this volunteer work are the smiles of the children, because that means we made their lives a little nicer, and this is something that everyone who helps me—inside IBM and outside IBM—can be proud of.”