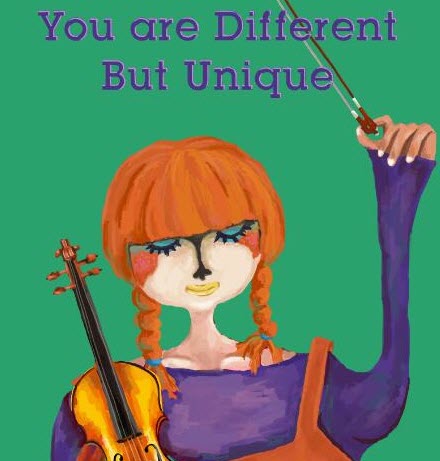 The IBM Design Studio
in Shanghai created
products, inspired by children
with autism, to support
a charity bazaar for
the Cao Peng Music Center

Just like other children, young people with autism can have wonderful artistic talent—if they are given an opportunity to discover that talent.

In Shanghai, China, the renowned conductor Cao Peng, created the Angel Confidant Salon in 2008 to help children with autism discover music as a pathway to greater communications—and IBM volunteers have played a role since then.

“I was so curious why a famous conductor, at 85 years old, would establish an NGO to help autistic children,” says Eva Shi, an IBM service planning representative in Shanghai. “I realized a lot of people in our society are unlucky and need help, and that I should help someone else, within my ability, if I can.”

Eva and a team of 22 IBM volunteers in Shanghai were awarded the 2016 IBM Volunteer Excellence Award for their work at the Cao Peng Music Center and its Angel Confidant Salon program.

Love in the city

For seven years, IBM volunteers have helped at the Music Center, participating and leading several activities, including concerts, charity bazaars, arranging the classroom, and simply interacting with the children.

The Angel Confidant Salon program program usually takes place every Saturday afternoon, providing music education to children with autism between the ages of five and 19. Eva says that the children also can sing and dance in the class with their parents, and some have a chance to perform in a music concert.

This past year Eva became the service leader for the IBM volunteer team.

In 2015, ShanghaiDaily.com wrote about the “Love in the City” concert conducted by Cao Peng, featuring a few young musicians with autism, which received “enthusiastic applause from the audience.”

Eva says that IBM volunteers are also backstage at the autism charity concert. “That concert always impresses me—the children can perform the whole song perfectly and their happiness shows! I was so touched that we could have a role in their moment.”

And in 2016, IBM volunteers had an enthusiastic response when they learned the salon program needed support to obtain musical instruments.

Instruments are expensive, and often the Music Center must rent them for their programs. However, last year the IBM team decided they wanted to do something to help with that challenge.

“The IBM volunteers really responded when we decided to organize a charity bazaar to donate musical instruments,” Eva says.

Among the IBMers answering the call was the IBM Design Studio in Shanghai.

With locations around the world, the IBM Design Studio applies data, technology, design thinking and agile methods to create digital experiences, as well as more user friendly products and solutions.

Several designers from the studio in Shanghai used their design skills to make items for the charity bazaar, but that was only part of the plan.

First, about five children and their families in program were invited to IBM to visit the design studio and speak to the designers. Using paper and paintbrushes—a decidedly analog start to a digital project—the designers gave a few lessons and then with the children started making drawings.

“During the activity, the children had a lot of fun and the designers learned more about autism and got some inspiration for products they would design for charity bazaar products,” Eva says.

Second, the products created by the designers were sold online and at three charity bazaars at IBM locations; raising over USD 3,000—enough to purchase two saxophones for the school.

The last activity was the donating ceremony in December, 2016 as part of a regular Angel Confidant Salon activity, where one IBMer also donated his own saxophone.

The organization has also received IBM Community Grants, which have been used to buy more instruments and support the costs of the charity concert.

As a neurodevelopmental disorder, autism is sometimes characterized by impaired social interaction, and impaired verbal and non-verbal communication—some children have difficulty interacting with others or understanding emotions, which can lead to misunderstandings.

Eva recalls one story about a long time IBM volunteer, Tao Qian, who worked with children at the Music Center for three years.

One child asked Tao the same question every week—“Where are you from? Which bus do you take to get here?”—which Tao answered the same way every time. Until one day when the answer was different because Tao had moved.

“Tao was so surprised the child noticed the difference,” says Eva. “Tao realized the reason the little boy always asked the same question wasn’t because he couldn’t remember the answer—it was simply his way of communicating.”

Studies are showing that music therapy with children and teens on the autism disorder spectrum can improve social behaviors, increase focus and attention, increase communication attempts and reduce anxiety.

Earilier in 2017, ShanghaiDaily.com reported that five of the children in the Angel Confidant Salon have gone on to play in the City Teenager Symphony Orchestra.

Eva hopes that the children grow up in the company of music, and that society participates in helping them enjoy a good lifestyle.

“I'm trying to use my professional skills to help others rather than only physical work,” she says. “I think it's a more effective way for volunteer work.”

Eva adds, “It’s interesting that the skill I rely on most at IBM—good communications—is what helps the children feel closer to me and the other volunteers, and is also the skill we are trying to help them improve.”

The IBM volunteers from China are among 14 other IBM teams and individuals who are recipients of the twelfth annual IBM Volunteer Excellence Award. The award is recognition from IBM Chairman and CEO Ginni Rometty, and is the highest form of global volunteer recognition given by the company to employees.