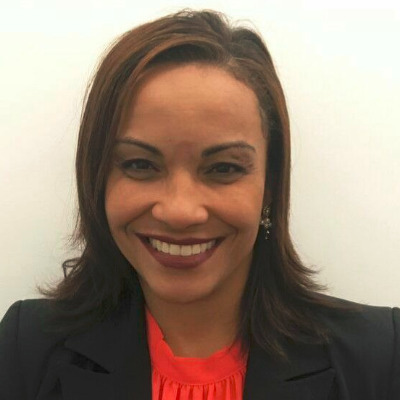 “I’d like kids to know they
can create possibilities,”
says Debora Santos, who
led a team of volunteers to
coach teens on getting their
first jobs.

Remember how easy and simple it was to get your first real job? No, you probably don’t, because in most cases it is neither easy nor simple.

Now imagine if in addition to the already challenging task of landing a job, you had low motivation because of limited opportunities, an incomplete education, no understanding of how to articulate your value, and no one to guide you.

That was the situation that Debora Santos, an IBM senior project manager and six other IBMers wanted to address when they volunteered with Centro Educacional Rebouças, near Hortolandia, Brazil, where IBM has the largest technology center in the country.

“My first profession was as a teacher,” says Debora, who has been at IBM since 1999. “So I have many concerns related to the education of kids and teenagers in some communities—they do not have much motivation to keep studying or to look for better opportunities, and they have no access to good content. They do not see school as a path to the future.”

Since her days as an educator, Debora says she has often thought about developing a project to help increase the motivation of teens to learn while having fun in the process.

The chance to develop such a program with Centro Educacional Rebouças—an organization that provides educational, cultural and assistance to children, young people, and their families in a situation of economic and social vulnerability—was a good opportunity.

Debora used a business model known as Canvas to document her plan.

“I built the case using that model to gain support from Centro Educacional Rebouças,” she says. “I was able to show them a very simple and fast approach to evaluate gains from the project, and the basis for possibly adopting it as an annual program.”

All brought expertise to the project including presentation skills, real world experience in finance, professional recruiting, and project management, as well as very relevant knowledge of career and life coaching, and resume building.

“The desire to make a difference and be essential is such an important part of our ‘big blue’ values,” Debora says, referring to IBM and its employees. “The wonderful partnership by my colleagues to help this project, and the support by IBM for engagements like this in less fortunate communities, are an honor to me; I can’t thank the other volunteers enough for their help.”

Located in Sumaré, near Hortolandia, Centro Educacional Rebouças serves at-risk teens in the area. However, the organization also recognizes the importance of involving parents or caring adults in their programs with kids.

For that reason, Debora developed a module for the parents to get their commitment upfront to help keep the kids engaged and involved in attending the whole program.

For the teens, aged 13 to 17, Debora and the volunteers devoted five weeks—two hours every Saturday—mentoring them on how to prepare and plan to get their first jobs.

“I created a curriculum that included many topics related to personal and professional life,” Debora says. “This included how to search and apply for the first job, how to build a resume, how to be prepared for an interview, and how to build your brand.”

Some of activities were interactive, splitting the kids into small groups to perform in-person interview role playing, as well as on the telephone.

Debora says that in addition to getting guidance from an IBM Activity Kit, she followed some of the process that IBM Human Resources applies for interviews—it helped that several of the volunteers are professionals at IBM in human resources.

As well as resume writing, one of the program’s other activities was an exercise to build a scrap book from magazine pictures showing looks, clothing and appearance acceptable at a workplace.

Thirty-six students completed the course, and Debora remembers three of them bringing her to tears when the training was over.

“They hugged me and said they were not going to miss any more classes because they could see possibilities in the future,” recalls Debora. “Then they said, ‘we want to be like you.’”

An executive at Centro Educacional Rebouças complimented the IBM volunteer team on doing a “fantastic job.” It is something that Debora hopes to do more of.

“I look forward to getting even more of my colleagues involved and motivated to join other volunteer activities,” she says. “There is no better way to learn people’s needs than to be here and to listen, the first step in being essential.”