In the 21st century, there are few fields of endeavor for which education is not essential. We all benefit when effective schools prepare the next generations for the challenges ahead. Established information economies need workers with both technical skills and emotional intelligence — the ability to think critically, communicate clearly and collaborate effectively.

These skills are no less in demand in developing economies — many of which are attempting to transition from the industrial or even pre-industrial eras into global players with rapidly growing youth populations unhindered by outdated thinking. Complicating the mix are issues of funding for public education, connecting that education directly to jobs, and in many cases helping young people overcome the socio-economic barriers that otherwise might exclude them from participation in the middle class and beyond.

Over the last several years, IBM has identified and developed innovations to address critical education challenges. In 2016, our P-TECH grades 9-14 schools continued to expand and flourish — scaling to 60 schools across the U.S. and Australia. P-TECH schools already have graduated young people into “new collar” jobs with IBM, with the academic preparation to transition successfully into four-year bachelor’s degree programs at major colleges and universities, or both. Teacher Advisor With Watson — a cognitive-computing-based personal coach to help teachers improve their effectiveness in teaching math — was developed by teachers for teachers. Teacher Advisor was refined and beta tested in 2016, and will be available to teachers at no charge in time for the 2017-18 school year.

These programs are not just “wish list” items or ideas. They are active, ongoing and growing commitments that speak to the world’s challenges. These innovative solutions already are delivering significant results — educating young people, helping teachers improve their teaching, and preparing more young people for success in their lives and careers. They represent just a few of the many ways that IBM has led — and continues to lead — the charge to provide, improve and expand educational opportunities to a world that is hungry for knowledge, skills and the chance to succeed.

High school graduation rates in the United States have increased steadily in recent years, and since the end of the recession in 2008 U.S. employers have created more than 10 million jobs, according to the U.S. Bureau of Labor Statistics. Despite these positive developments, further analysis of these numbers reveals tens of thousands of “new collar” jobs — employment requiring postsecondary education or certification and workforce readiness skills — remain unfilled. Meanwhile, young people (many from low-income families) who otherwise might fill these newly created positions remain at the bottom of the ladder — shut out from meaningful participation in the economy and from opportunities to enter the middle class. The reason for this disconnect is simple: high school graduation does not equal college and career readiness.

IBM recognized the root causes of what others now refer to as the “skills gap” years ago. In partnership with the New York City Public Schools and The City University of New York, IBM launched the first P-TECH grades 9-14 school in Brooklyn in 2011. By 2016, the P-TECH network of schools that combine high school with community college and workplace learning to prepare graduates for college and career had spread to more than 60 campuses across the U.S. and Australia — with many more locations in the U.S. and around the world in the pipeline.

“When I speak with parents around Australia, what they tell me is they want a great education for their children and to know that there will be a job for them when they finish their education. P-TECH complements absolutely our economic plan, our innovation plan and our student achievement plan… The P-TECH pilot represents an excellent opportunity to further strengthen connections between education and industry to support young people.”

“The P-TECH program will be adapted to the Moroccan context to develop students’ entrepreneurial spirit in STEM, and will have a positive impact on the Moroccan education system.” 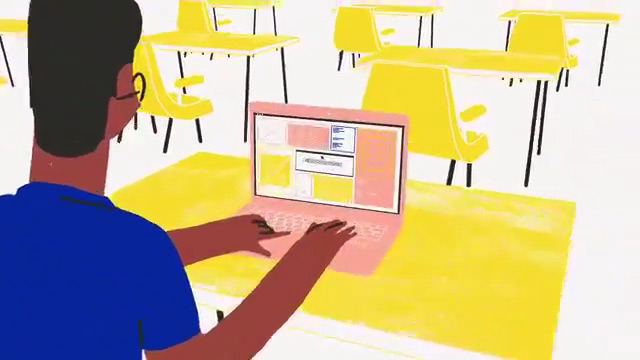 Preparing young people for college and career is critical to social and economic progress. High-quality teaching drives education success, but good teaching and effective learning must start early. All the data and the views of educators and other experts indicate that quality math education (especially during the elementary school grades) is critical to a child’s future academic success.

Unfortunately, many elementary school teachers are neither prepared nor trained specifically to teach math. That’s why IBM — in consultation with education experts and the best elementary school teachers — created Teacher Advisor With Watson. It is a “personal coach” that employs cognitive computing and natural-language capabilities to provide teachers with access to the best teaching strategies, and the ability to customize the best lesson plans, to teach more effectively. American Federation of Teachers President Randi Weingarten said the system “is the next iteration of technology most teachers would never have any access to. It will give them a wonderful, encyclopedic, ongoing, virtual resource at their fingertips.”

Last year marked significant progress for Teacher Advisor, which will launch across the U.S. at the start of the 2017-18 school year. With an initial focus on third-grade math, the system will ultimately address all elementary school grades and provide comprehensive, vetted education content — and confidential, personalized guidance — to teachers whenever they need it, at no cost. Hundreds of third-grade teachers were involved in piloting the program throughout 2016, with 94 percent indicating their intent to continue using the tool.

“About 200 teachers across the country, including about two dozen in New York City, have been part of a pilot program using Teacher Advisor. Cara Madison, a special-education teacher at Nathanael Greene Elementary School in Pawtucket, Rhode Island, said the program has been a big time-saver for her because the information, compiled by teachers who are math experts, has already been vetted.”

“Wow! What a difference this site is. I love the features of the different lessons. I also used Watson and it came up with exactly what I wanted, right away. This website is going to be a great resource and tool for teachers.”

“Teachers TryScience has blown fresh wind to classes; educational reform is within our reach. Teachers TryScience has changed local teachers’ mindset on how to deliver a STEM lesson. Never has there been a student showing a low level of interest or engagement in the lessons. Difficult scientific knowledge becomes more vivid and easily stored in long-term memory.”

In 2016, the IBM University Relations program continued to engage and inspire many of the world’s most promising undergraduate and graduate students en route to ensuring that both academia and the private sector are ready for the challenges of the cognitive era.

The IBM Africa Skills Initiative expanded from a Middle East / Africa program to one that incorporates Eastern Europe, India and Singapore. Nearly 600 students from various universities participating in two of its programs, the Skills Academy and Leading to Africa, have joined IBM as interns or regular employees.

“The Sustainable Development Goals call on global leaders to ‘end poverty in all its forms everywhere’ and underline that economic growth must be inclusive… to provide sustainable jobs and promote equality. Elimination of poverty and inequalities requires demand-driven skills development, particularly through private-sector engagement and partnerships with the industry. As UNDP, we acknowledge the significant efforts of IBM to improve the employability of disadvantaged groups through initiatives like the IBM Skills Academy program. Based on our partnership with IBM to foster public-private partnerships on skills delivery, we stand ready to elevate the positive development impact of such endeavors.”

IBM continued our drive to ensure the democratization of education and entrepreneurship across the continent. Elsewhere across Africa, Asia and Eastern Europe, IBM University Relations programs added new career paths such as Business Process Analyst, Business Process Developer, Cloud Application Developer, and Cloud Enterprise Developer as options for the more than 12,000 students and faculty from 133 universities who were trained or certified under IBM programs in 2016.

In China, IBM sponsored a six-month “Master the Mainframe” contest that attracted more than 300 students from 21 universities. Mainframe experts from IBM, our business partners and commercial clients judged the submissions.

And in Armenia, the Innovative Solutions and Technologies Center (ISTC) — a joint venture among IBM, the Enterprise Incubator Foundation, the U.S. Agency for International Development, Yerevan State University and the government of Armenia — opened its new 1,000-square-meter facility on the Yerevan State University campus. The ITSC helps meet the demand for quality specialists to work in Armenia’s IT sector, and the new facility will provide a development environment for sustainable businesses, startups, and technical and business consultants.