2016 was a significant year for cultural, political and environmental upheaval. The sudden displacement of millions by armed conflict in the Middle East and Northern Africa continues to strain the fabric of physical and social resources throughout Europe. Meanwhile, unprecedented natural events including extreme heat and rising sea levels — the results of erratic weather patterns caused by global climate change — threatened the lives and livelihoods of millions throughout India, Korea and the Philippines.

In response to these challenges and more, IBM and IBMers stepped up, hunkered down and committed themselves to helping those in need. In 2016, IBM’s Disaster Relief program addressed the following:

Throughout 2016, IBM awarded approximately $1 million for all Impact Grants related to disaster relief and resiliency, including grants in response to Europe’s ongoing refugee and migrant crisis. MSF Italy has used the “People on the Move” mobile app in more than 9,000 individual and group medical consultations.

Begun in 2015, IBM’s efforts to help India recover from the catastrophic Chennai floods continued in 2016. The IBM Intelligent Operations Center for Emergency Management — enabled by a grant to Tamil Nadu state — was deployed for use in future crises. The IBM team integrated local disaster-response-related data into a customized solution that facilitates situational awareness for both mobile and crisis-center-based users across a variety of government agencies. 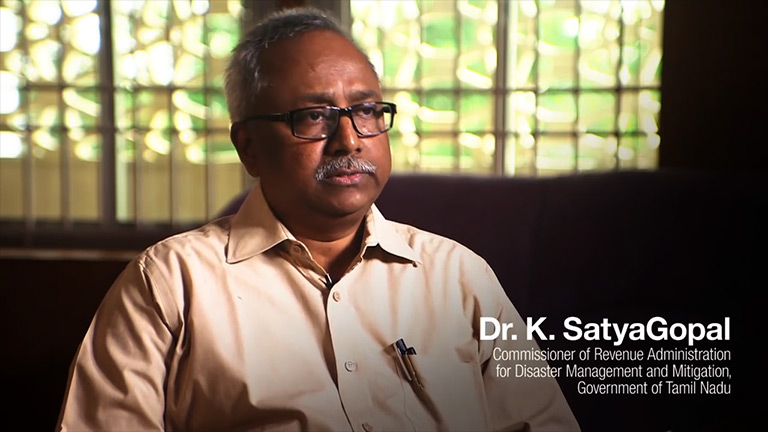 As part of IBM’s continuing response to the global migrant and refugee crisis, the IBM Italy Foundation partnered with Médecins Sans Frontières (MSF, or Doctors Without Borders) to develop and deploy People on the Move — a mobile application that enables MSF personnel to capture medical data in real time, regardless of connectivity. The app’s inclusion of Watson Analytics™ allows medical personnel to understand and act on collected data quickly and accurately. People on the Move is helping users manage data from thousands of medical and mental health consultations in MSF’s reception centers in Italy, at mobile clinics in Serbia, and on the Bourbon Argos rescue vessel.

“Migration is not an occasional emergency, but a global humanitarian crisis that requires a proper response to the needs of refugees… The solution developed by IBM Italy Foundation is an innovative and high-quality tool — both scientifically and medically.”

Investing in the future