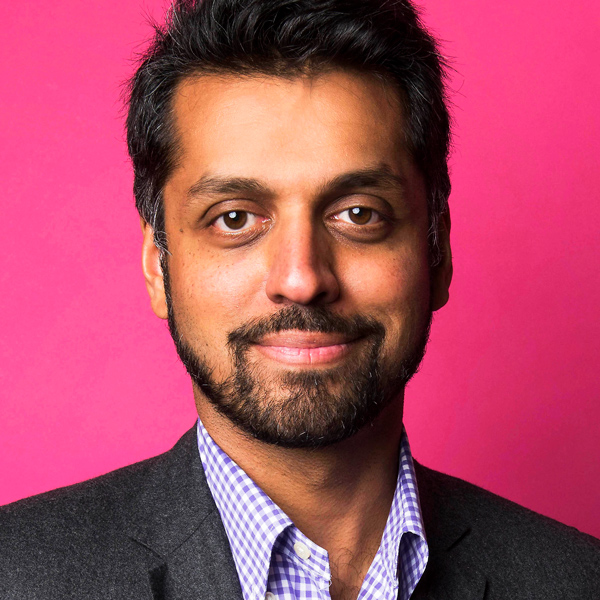 Wajahat Ali uses his platform to fight tirelessly for the social change we need in our country—and he isn’t afraid to get personal while doing it. He is a Daily Beast columnist and former New York Times writer, TED speaker, award-winning playwright, and Peabody-nominated producer of the documentary series The Secret Life of Muslims. From his experiences of Islamophobia growing up as a Muslim Pakistani-American to his two-year-old daughter’s liver cancer diagnosis, Wajahat is living proof that when we share our authentic stories, we build the America we wish to live in.” In his memoir Go Back to Where You Came From: And Other Helpful Recommendations on How to Become American, Wajahat teaches us how to create our own superhero origin story, invest in hope for the future of America, and enact real social change.

He has given keynote speeches around the world such as TED, The Aspen Ideas Festival, Google, the United Nations, and The New Yorker Festival. His writing appears regularly in the New York Times, The Atlantic, the Washington Post, and The Guardian. He’s a Senior Fellow at The Western States Center and Auburn Seminary and co-host of Al Jazeera’s The Stream.