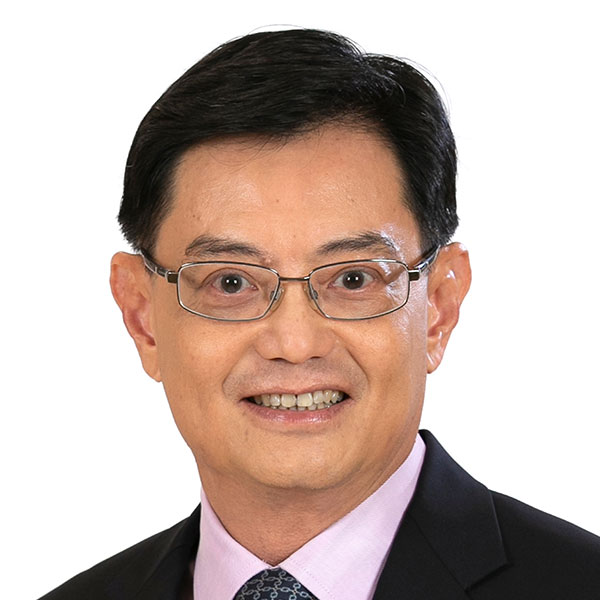 Mr Heng Swee Keat is Deputy Prime Minister and Coordinating Minister for Economic Policies. He is also Member of Parliament for East Coast GRC. Mr Heng chairs the tripartite Future Economy Council which oversees the on-going restructuring of our economy, through upgrading the skills of our workers and transformation of industry, to create better career prospects for our people. He leads a team to oversee the design and implementation of national strategies in areas such as skills and capabilities development, innovation and productivity as well as the internationalisation of our companies. He is also the Chairman of the National Research Foundation, which sets the direction for Singapore's research, innovation and enterprise (RIE) strategies. Mr Heng is overseeing the closer integration of our RIE and industry transformation efforts. In addition, Mr Heng oversees the Strategy Group within the Prime Minister’s Office which coordinates policies and plans across the government. He also oversees the Singapore Together movement, which seeks to partner Singaporeans in new ways to design and implement policies, and to create a shared future together. Mr Heng also serves as Adviser to the Multi-Ministry Taskforce on COVID-19 and the National Jobs Council. Mr Heng served as Minister for Education from 2011 to 2015. He also led the year-long Our Singapore Conversation from 2012 that helped to engage more than 47,000 Singaporeans from all walks of life through dialogues. He also served as Minister for Finance from 2015 to 2021, overseeing ten national Budgets including an unprecedented five Budgets to support Singaporeans and businesses through the COVID-19 pandemic in 2020. Before entering politics in May 2011, Mr Heng was the Managing Director of the Monetary Authority of Singapore. He also served as Permanent Secretary of the Ministry of Trade and Industry, as well as CEO of the then-Trade Development Board.

Between 1997 and 2000, he was Principal Private Secretary to then-Senior Minister Lee Kuan Yew. In 2001, Mr Heng was awarded the Gold Medal in Public Administration, and the Meritorious Service Medal in 2010 for his contribution to the public service in Singapore.Mr Heng also received the NTUC Medal of Honour in 2021 for his contribution to the labour movement. Mr Heng has an MA in Economics from Cambridge University. He also holds a Master in Public Administration from the Kennedy School of Government, Harvard University.