It’s about time
we vividly imagine
an equity-first
workplace.

Since the spring of 2020, IBM’s Racial Equity in Design leadership team pursued a vision to prioritize racial equity in our beliefs and actions. Although we’ve made many operational changes and gains, we realized it’s about time to step back and let our imaginations soar. Our leadership team partnered with practical futurists from our Strategic Foresight Guild to explore the question: “What does an equity-first workplace feel like for Black folks?”

The team facilitated a speculative fiction world-build activity which led to these six stories that reignite our sense of what’s possible—and what we can make probable—if we take actions today that lead us in the direction of the futures you’ll read about here.

Want a preview of what’s in the zine? Take a look at these teasers and excerpts, and don’t forget to download your copy of the 2035 Zine above.

They Looked Both Ways

“...He jumped up as that banger was his wake-up call telling him that he had overslept by at least 30 minutes, and USHER, knowing Jahlani’s routine, predicted that he would be late for his 9:20 a.m. holo-hall with his team...” 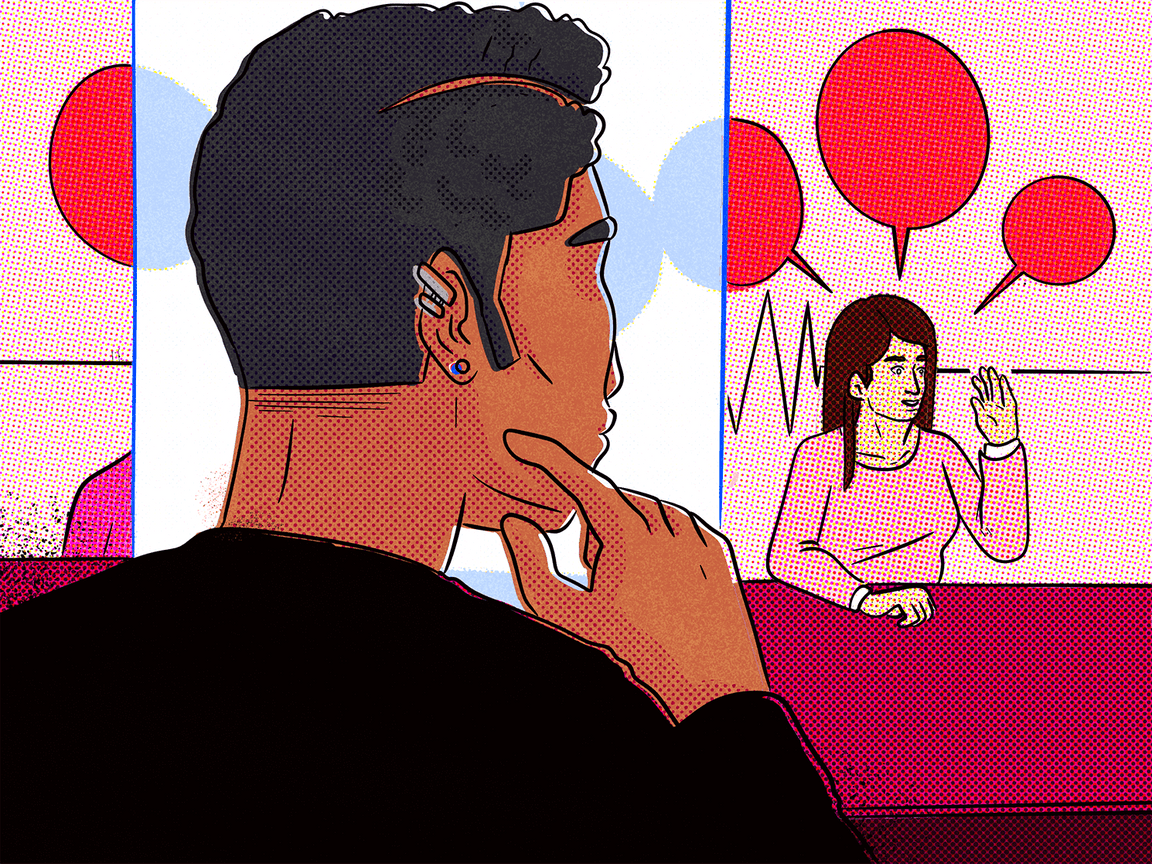 “...Z-Tech’s reputation for caring for ALL of its employees, particularly its African-American and minority community, is widely known throughout the country. For Larry, who’s usually the only African-American person on his team or even in his whole company (previous roles), these work environments, perks, and support sound too good to be true...” 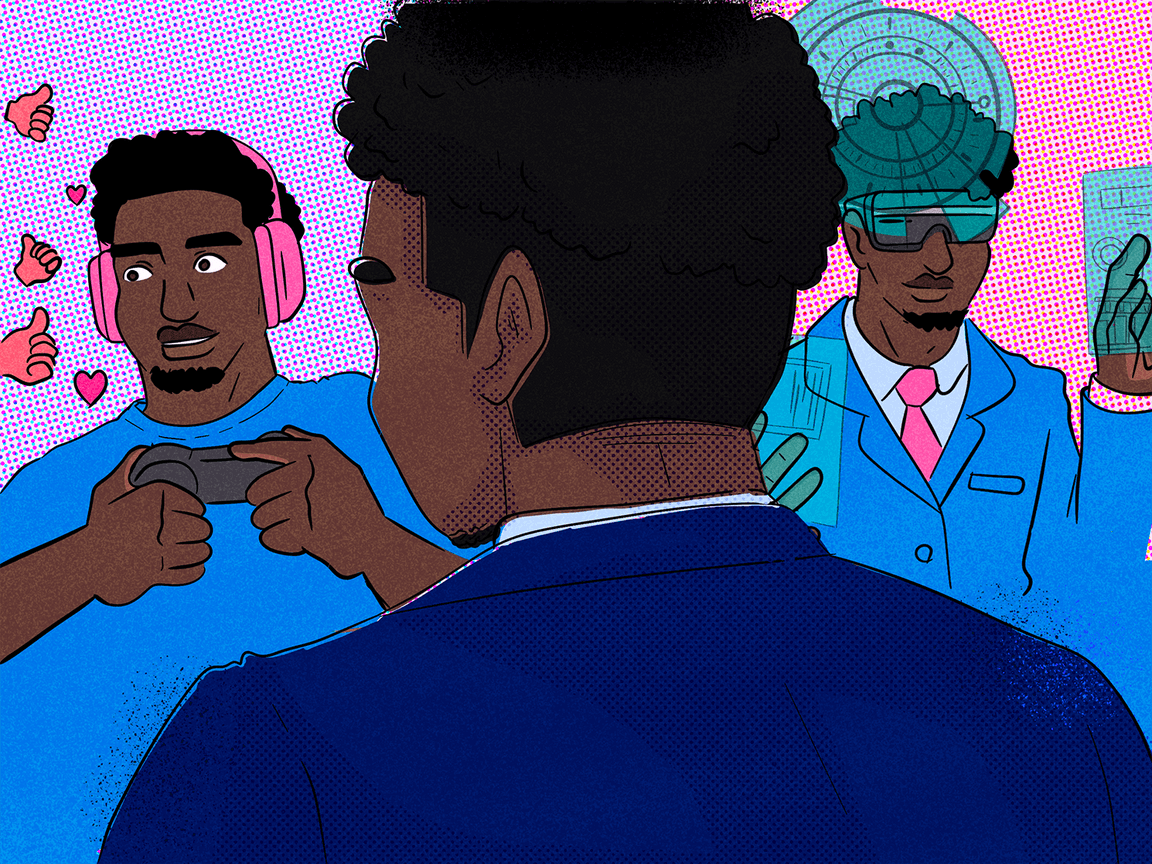 I Hope They Understand

“...What he was feeling was something that’s haunted people in his community for generations; there will always be a racially dictated narrative, a biased-based stigma, lingering over him—at least that’s what he thought...” 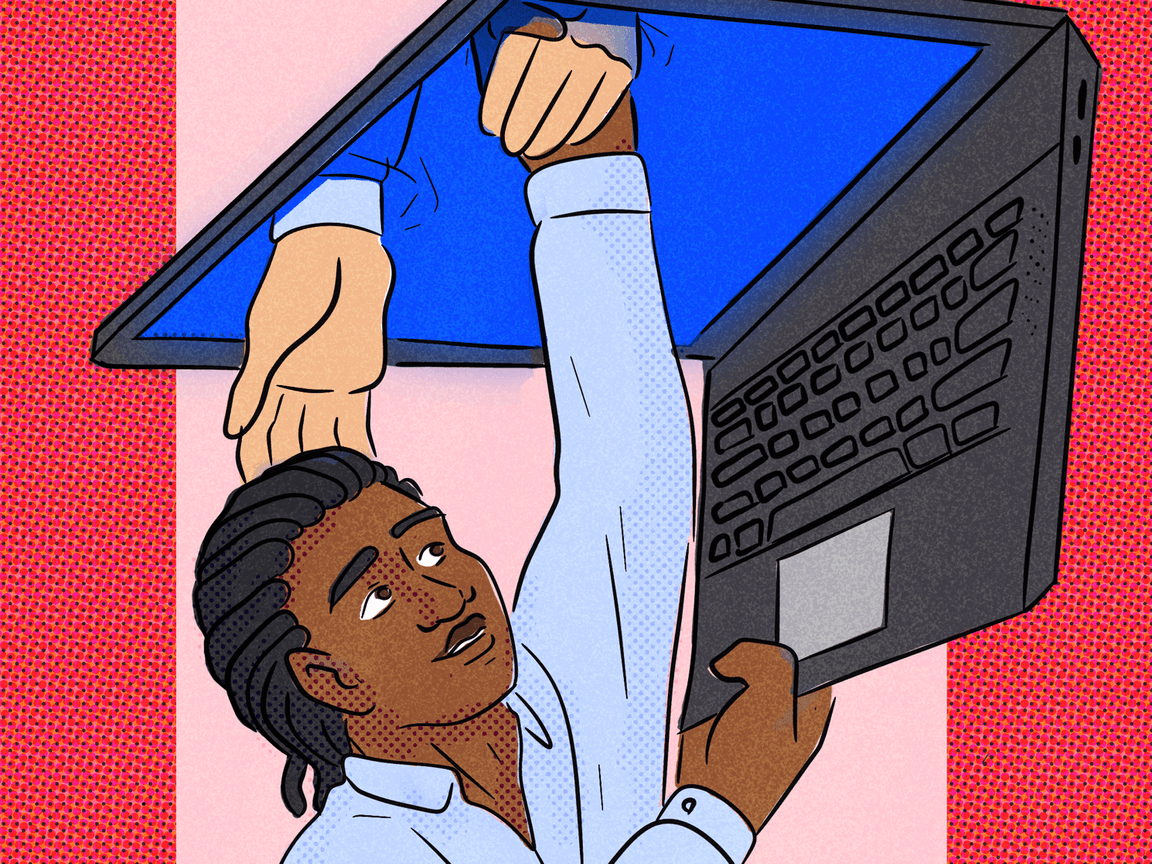 “Jordan Smith learned early on while still in elementary school that she liked solving problems and helping people solve their problems, but she didn’t know there were real jobs in the world to help people solve problems, and to become a problem solver by trade...” 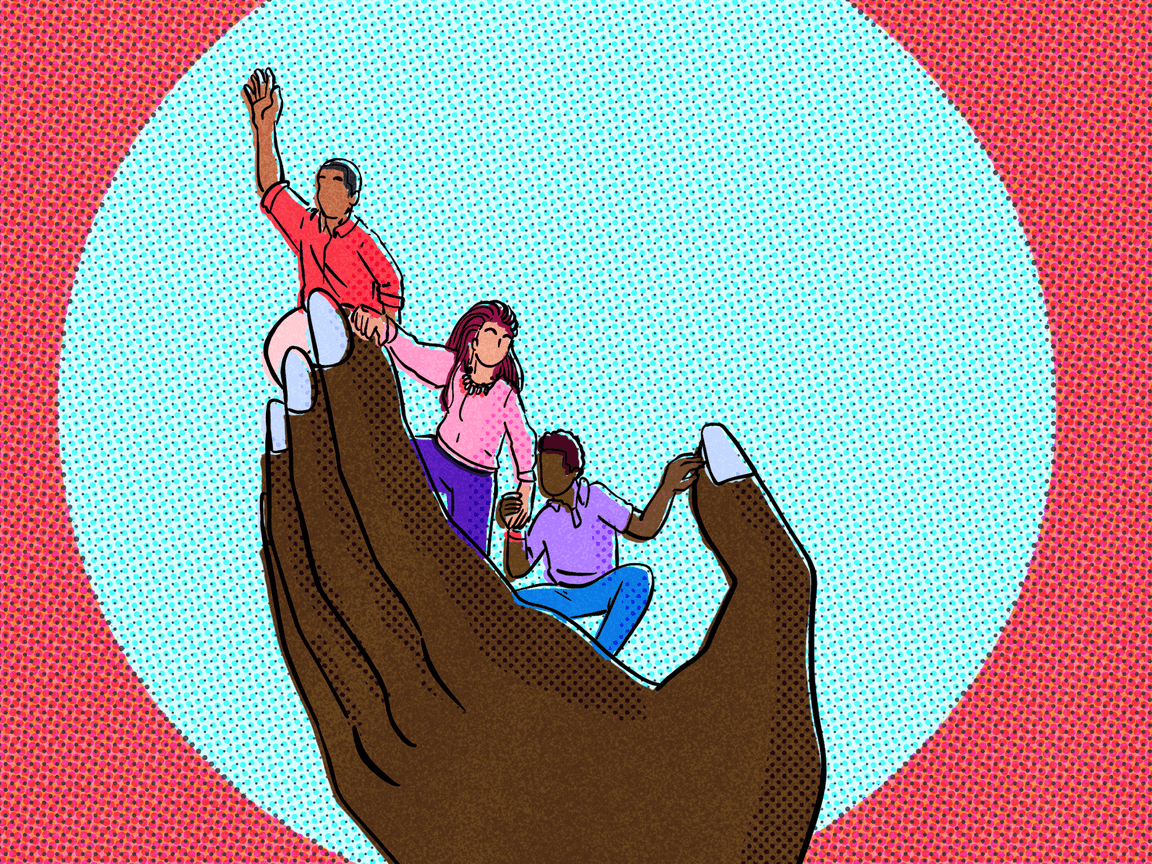 Beyond Your Wildest American Dream

“...As a mother pushes her baby stroller past the man strumming his guitar, he reflects on how his mom had steered him towards technology for better financial support of his family, but what he really wanted to do was to channel the healing power of music to support better mental health...” 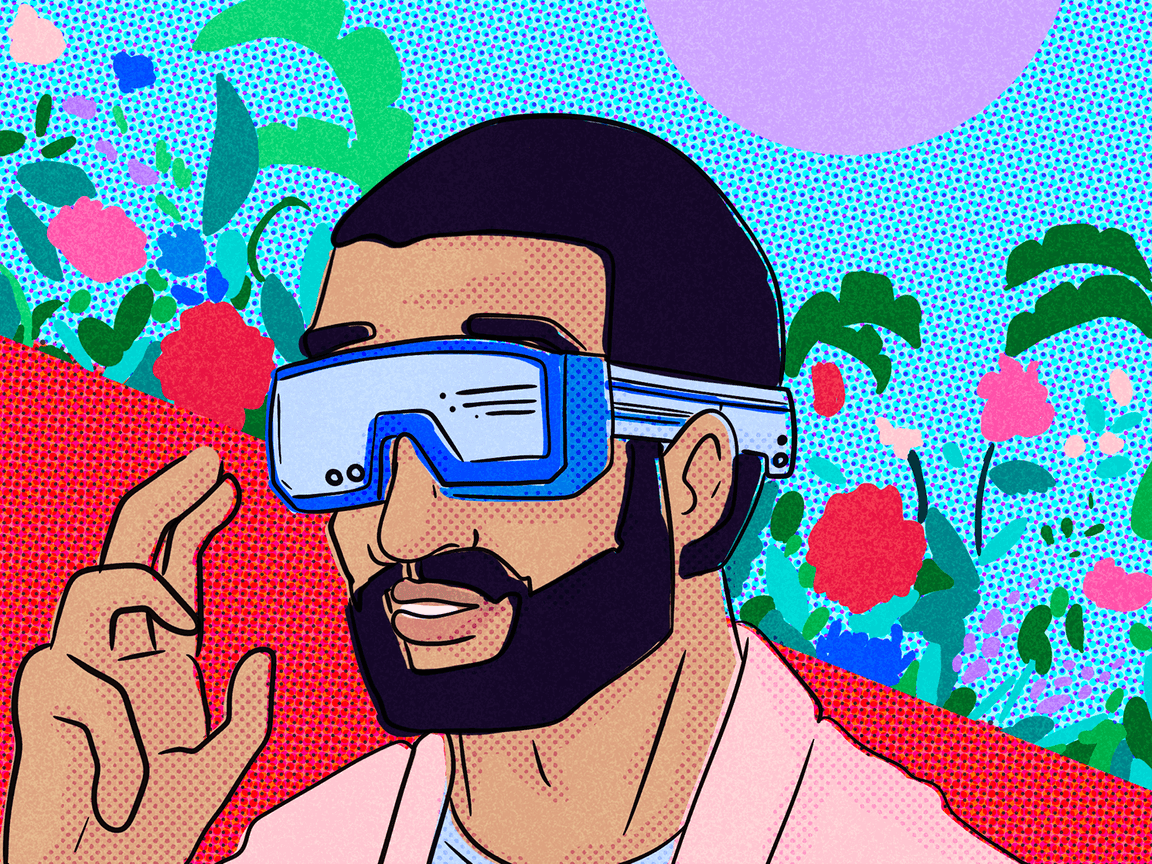 “...Dear Octavia, By the time you read this letter, I will be a meat popsicle. I know you’re opposed to my decision to freeze myself, but I need you to understand why I chose this.” 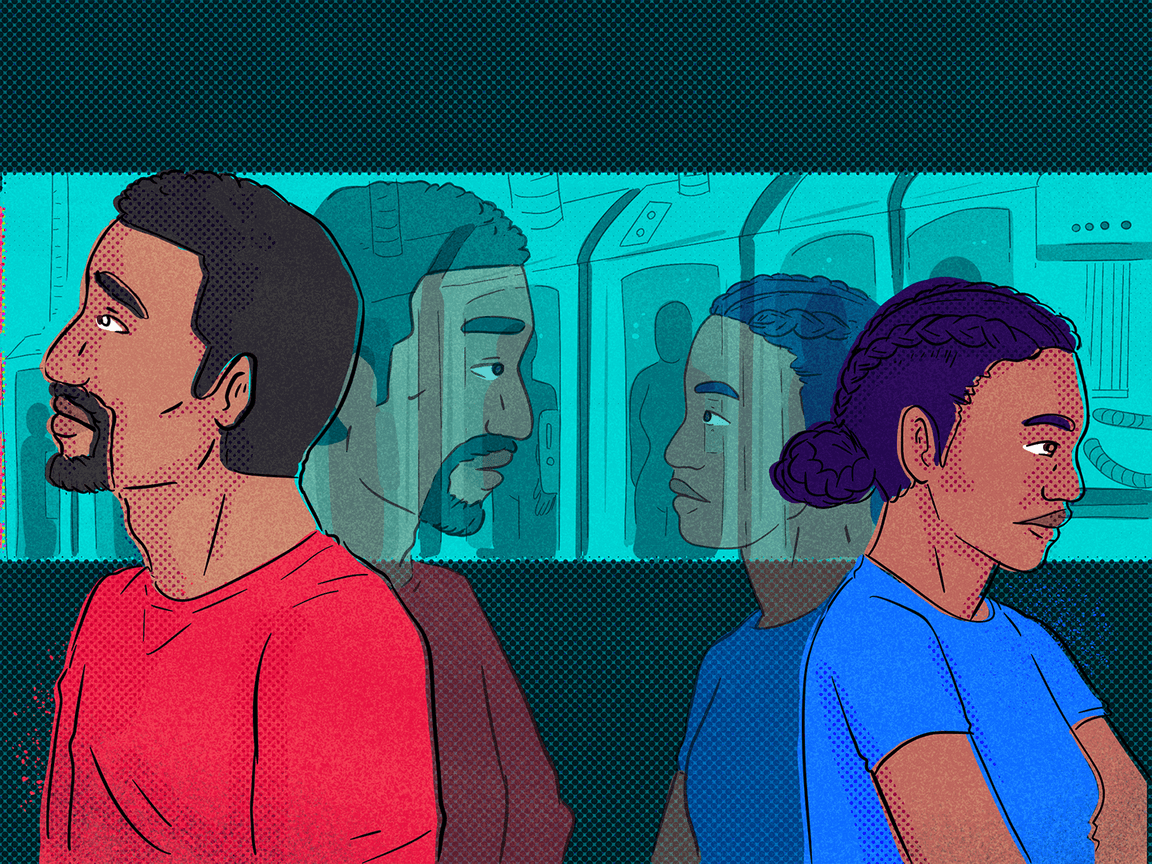 My name is Alex Graves, and I am a Visual Design Researcher. Outside of research, I am a freelance Illustrator and visual-arts educator. Drawing is a passion that started from reading my siblings’ Calvin and Hobbs books and watching Saturday morning cartoons and has shaped my life from there. I have done illustration work for the published Black Like Me coloring book series and local businesses and bands in North Carolina and Brooklyn. My dream is to be able to share the power of visual storytelling from my perspective as a black designer and educator.

I always want to create images that are both relatable and universal. For these illustrations, I guided my work with the visual languages of Pan Africanism and Afrofuturism. I believe that both of these serve as visual playgrounds for Black people to imagine and dream. I hope these images help the viewers also imagine and play in this future world we are creating with this work. 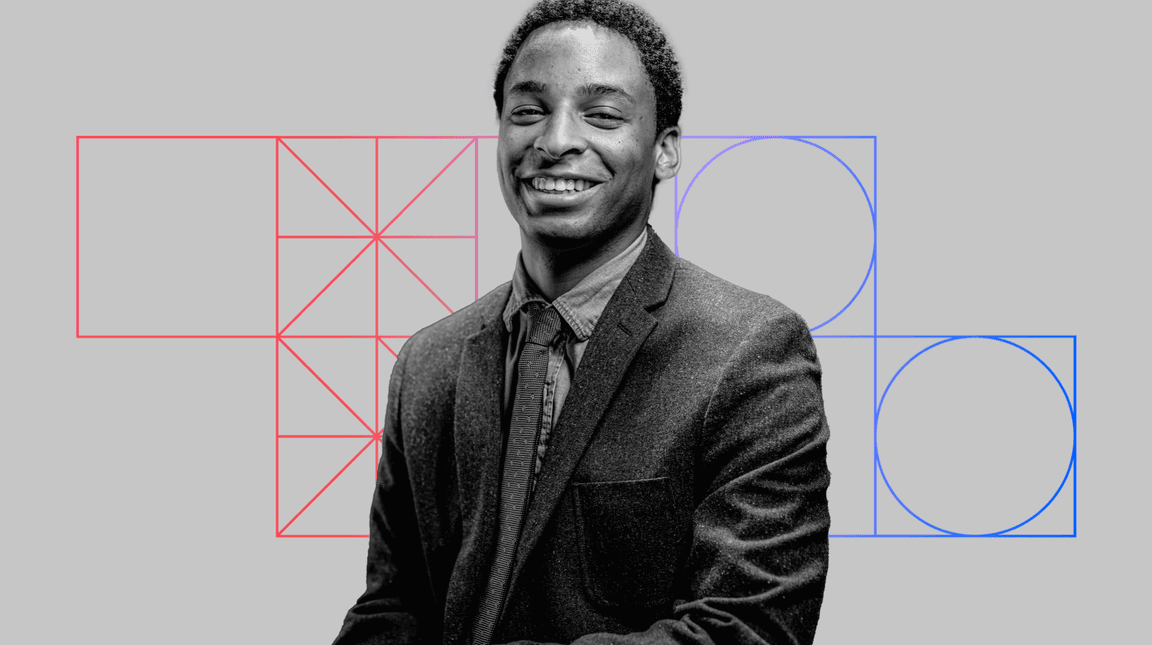